Bills now 0-2 on the season 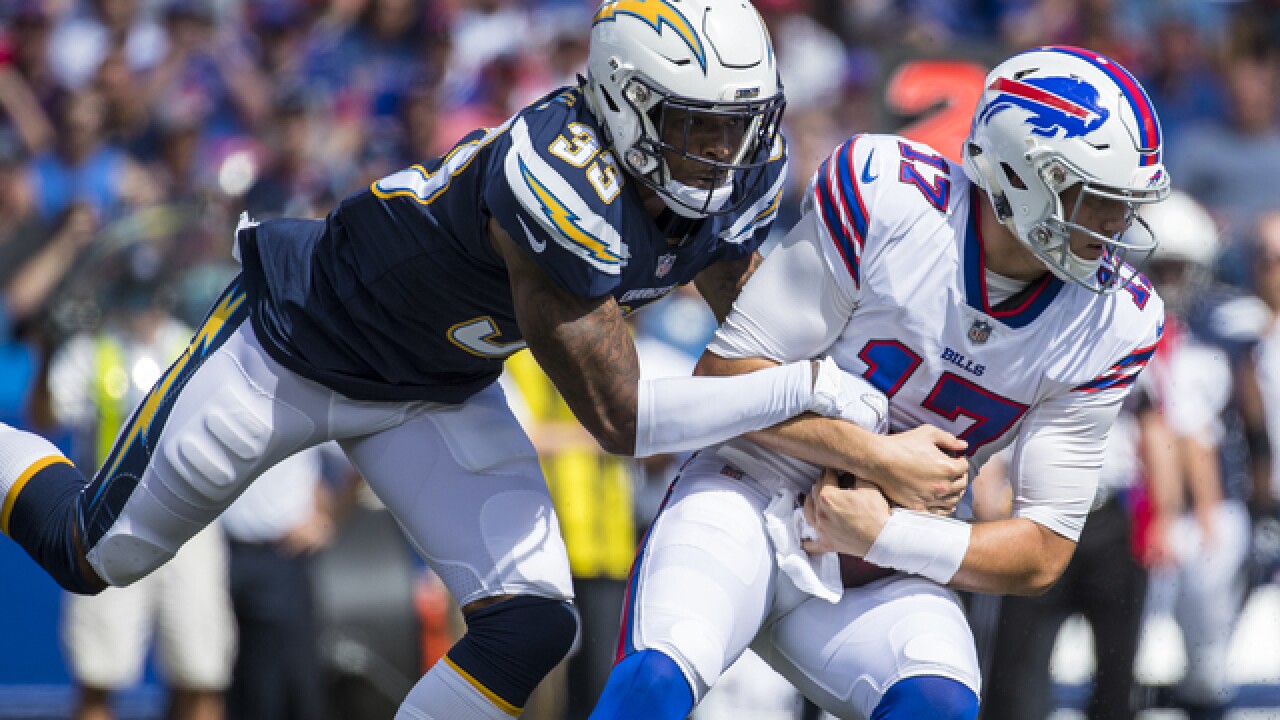 The Josh Allen era began on Sunday but it didn't bring Buffalo a win.

The Bills fell to the Los Angeles Chargers 31-20 in their second game of the season and first at home. With the loss, they're now 0-2.

Allen, the rookie QB, earned his first start and while his numbers were much better than Nathan Peterman against the Baltimore Ravens, it wasn't enough to give the Bills their first win. Despite that though, Allen should instill some confidence in fans as the team moves forward. Allen completed 18-of 33 passes for 245 yards with one touchdown and two interceptions.

The Bills defense, strong through the first two games last season had a hard time to start this game. In the first half, the unit allowed the Chargers to score on four of five possessions and compile more than 250 yards of offense. Chargers QB Philip Rivers finished 23-of-27 for 256 yards and three touchdowns.

The Bills will get back to work on Monday as they prepare for a road game at Minnesota on Sunday, September 23rd. Kickoff is set for 1p.m.