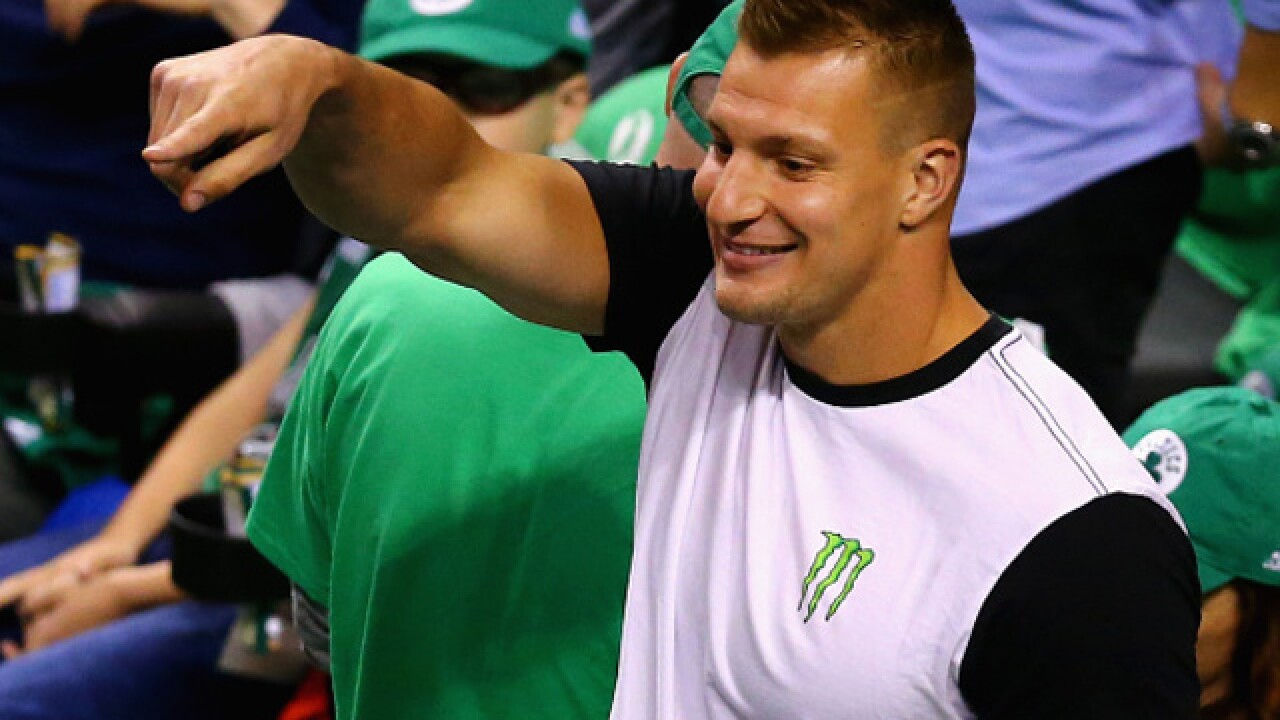 Maddie Meyer
<p>BOSTON, MA - APRIL 24: Rob Gronkowski of the New England Patriots attends Game Four of the Eastern Conference Quarterfinals between the Boston Celtics and the Atlanta HawkAtlanta Hawksduring the 2016 NBA Playoffs at TD Garden on April 24, 2016 in Boston, Massachusetts. NOTE TO USER User expressly acknowledges and agrees that, by downloading and or using this photograph, user is consenting to the terms and conditions of the Getty Images License Agreement. (Photo by Maddie Meyer/Getty Images)</p>

Fans of the Buffalo Bills loved it what the team did after the 2016 NFL Draft had ended. The Bills scooped up undrafted free agent Kansas State fullback -- and Williamsville native -- Glenn Gronkowski to be on their roster.

Gronkowski, the little brother of the New England Patriots mega-star tight end Rob, isn't much like his older and more popular brother.

On one hand, Rob is a larger-than-life 6-foot-6, 265-pound tight end. Glenn? Not slight by any means, but in comparison he's a fresh three inches and 30 pounds smaller.

Rob is known for his goofy personality, and throwing a wild party cruise during last year's offseason. Glenn seems a bit more buttoned up, and was even a bit nervous when talking to reporters on Friday after the Bills first day of rookie minicamp.

However, he did serve up a couple of one-liners on his older brother.

"I think a lot of people already realize that I’m not really as crazy as him," Glenn said of Rob. "It’s not easy to be that crazy and wild. I’m a little more tame, a little more intelligent probably. I would say I think people are already starting to recognize that."

When he was picked up by the Bills, Rex Ryan personally called Glenn and his family to congratulate him and welcome him to the franchise. The Gronkowski's had Rex on speaker phone, and knowing Rob Gronkowski was within earshot, the head coach said he delivered some "parting shots" to his long-time rival.

What exactly did he say to Rob?

"Probably a lot I shouldn't say, to be honest," Glenn said on Friday.

Rex did deliver one more "parting shot" Rob's way, when asked if he thought Glenn was the smarter of the two Gronkowski's.

"Oh, absolutely. I think that’s a given, right?"