Report: Bills to bring in OL Slauson for visit 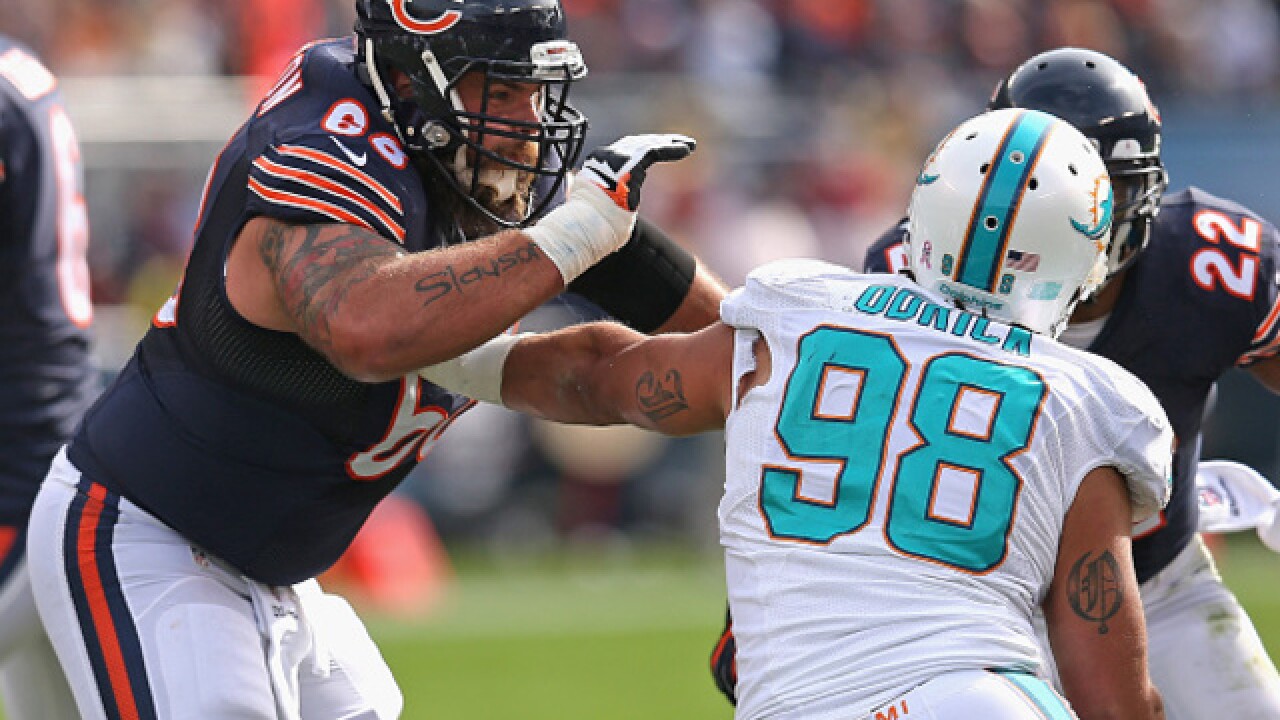 Through all seven rounds of the 2016 NFL Draft, the Buffalo Bills didn't use a selection on an offensive lineman in any capacity. After having struggled mightily on the right side of the offensive line in 2015, the Bills instead tried to find defensive playmakers through the first three rounds of the draft.

Now that the dust of the draft has settled, a new name in free agency has appeared: Matt Slauson. According to Adam Caplan of ESPN, Slauson will make two free agent visits -- one with the San Diego Chargers, and one with the Buffalo Bills.

Slauson, 30, is a seven-year veteran of the NFL, having started on the interior during stops with the New York Jets and Chicago Bears. Making most of his starts and appearances at guard, Slauson has started 85 games over his seven seasons in the league.

The Bills coaching staff is familiar with Slauson as well. He played as a member of Rex Ryan's team in New York for four seasons, and then when he went to Chicago, he worked with current Bills offensive line coach Aaron Kromer.

Even though Slauson has played as a starting guard basically his entire career, their interest in him is not a direct blow to the starting hopes of second-year player John Miller. Well, at least not immediately.

According to Mike Rodak of ESPN.com, the Bills are looking at Slauson as a potential right tackle, which would serve as an immediate threat to Jordan Mills, Seantrel Henderson, and Cyrus Kouandjio for the starting job. There is little doubt that the right tackle position was the worst starting position on the roster in 2015, and without using a draft choice to address it, the Bills are now looking to free agency.

The trouble with Slauson, outside of lacking experience at tackle in the NFL, is something he can't control. He has the required size for the position 6-foot-5 and 320-pounds. He even started quite a few games at right tackle during the 2007 season while he was still enrolled at Nebraska. However, his arm length (331/8-inch) has forced his move inside in the NFL.

Slauson is a proven commodity in the league at guard, and ProFootballFocus.com graded him as one of the Top 10 guards in the league in 2015. If the Bills were to sign him to be the starting right tackle, even an average player would be a drastic upgrade to what the Bills had last season.

At worst, if the Bills sign him and it doesn't work at right tackle and John Miller continues to struggle this year, the Bills have some options.

Perhaps the most interesting part of this, though? If the Bills successfully sign Slauson, that could easily spell the end of the line for former second-round pick Cyrus Kouandjio, who may fall victim to the numbers game. At this moment, he's likely safe. However, another summer of non-progress -- in addition to a notable free agent signing --could make him expendable at the end of training camp.