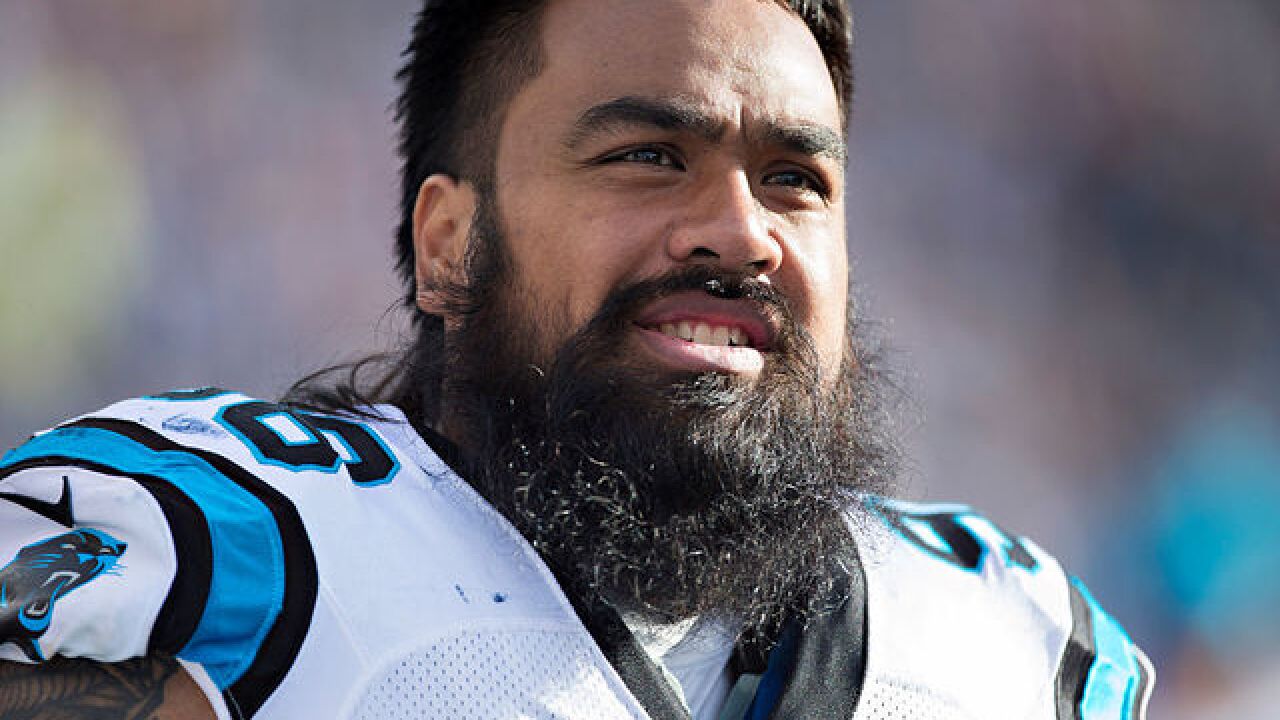 Copyright 2018 Scripps Media, Inc. All rights reserved. This material may not be published, broadcast, rewritten, or redistributed.
Wesley Hitt
<p>NASHVILLE, TN - NOVEMBER 15: Star Lotulelei #98 of the Carolina Panthers on the sidelines during a game against the Tennessee Titans at Nissan Stadium on November 15, 2015 in Nashville, Tennessee. (Photo by Wesley Hitt/Getty Images)</p>

The Buffalo Bills first made news in the past week for two blockbuster trades that helped improve their draft positioning greatly. The trades of Tyrod Taylor and Cordy Glenn helped them both improve their top pick in the first round, and added another big draft pick in the third round. That was all done by Monday.

On Tuesday, the Bills turned their attention to free agency -- and have agreed in principle on a deal with their first unrestricted free agent. According to multiple reports, the Bills are set to add defensive tackle Star Lotulelei to the roster, on a reported five-year contract.

Lotulelei, 28, has spent his entire career as a member of the Carolina Panthers, which means that he played valuable snaps for Bills head coach Sean McDermott when both were a member of the Panthers organization. It also means Bills GM Brandon Beane had a helping hand in drafting Lotulelei.

A former first-round pick, Lotulelei has been a starter right at the start of his career through his fifth-year in Carolina. He is also dependable from an injury perspective, and has appeared in 78 out of a possible 80 games.

Financial details of the trade have yet to be disclosed.

This story will be updated.