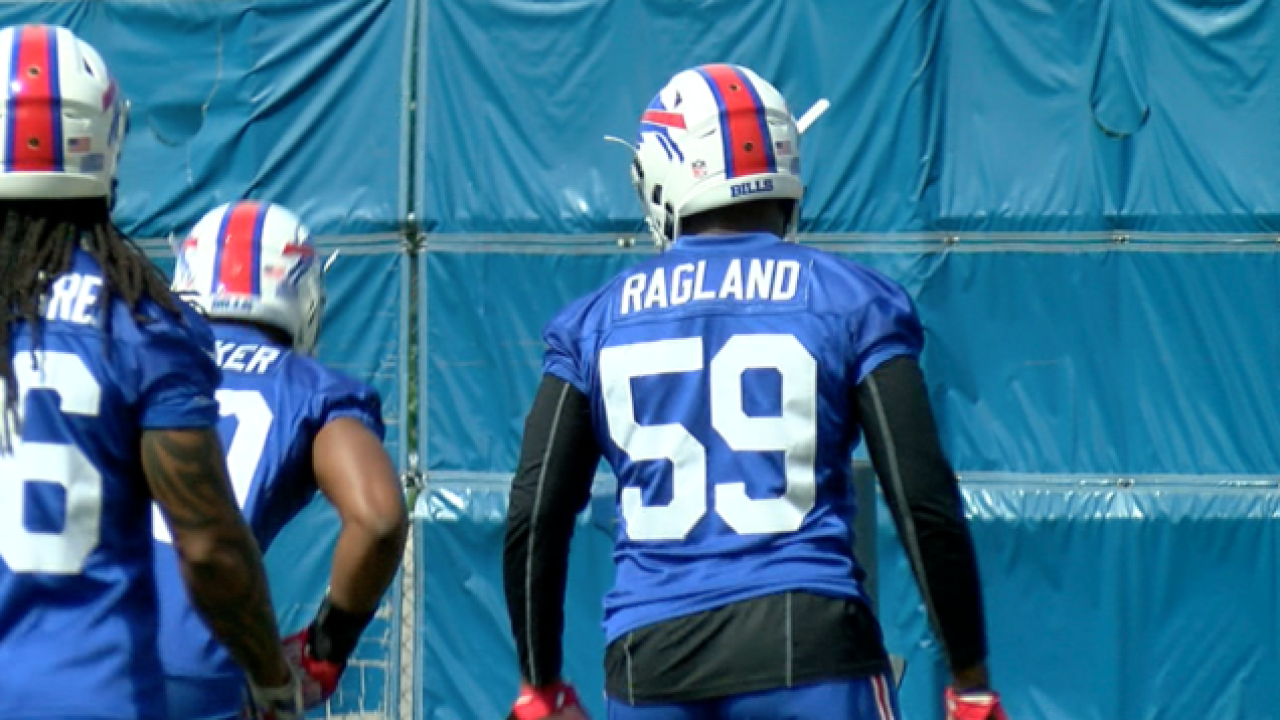 Fans of the team hoping for some good news about starting inside linebacker and rookie Reggie Ragland are out of luck. It appears the Bills will be without their top two draft picks at least for the start of the regular season.

The Bills officially announced that Ragland, the team's second-round pick in 2016, will need surgery to repair a torn ACL. The team also said the expectation is that Ragland will not be able to play this season.

Ragland went down on a non-contact injury during a harmless running play last Friday, and the coaching staff immediately called for a medic. He stayed on the ground for several minutes with the medical staff around him, and even owner Terry Pegula walked over and hovered over the scene. Eventually Ragland was helped up, and walked to the locker room under his own power.

Ragland on his way to the locker room #Bills pic.twitter.com/m4JaB8p6QS

He now joins rookie outside linebacker and first-round pick Shaq Lawson on the injury list, after Lawson had shoulder surgery ahead of OTAs and minicamp this offseason. Lawson is also expected to miss time in the regular season, but the Bills believe he'll be able to return at some point.

This is an awful blow to a Bills team that were depending on five returning and new players to help improve a defense that massively under-performed in 2015. The Bills top three rookies in Lawson, Ragland, and defensive lineman Adolphus Washington, in addition to the return of defensive lineman Kyle Williams and safety Aaron Williams, were the solution to help fix all the ailments of the defense for the upcoming season.

The good news is this: Both Kyle Williams and Aaron Williams are back practicing in full and seem to be playing well at training camp. The bad news: Lawson and Ragland were supposed to be impact rookie defenders, and now both will be out to start the regular season.

They'll be replaced in the lineup by inside linebacker Zach Brown and either Manny Lawson or IK Enemkpali on the outside. While Brown had a great practice on Tuesday, that was really the first time he's been an overwhelming presence at training camp in 2016. He was also benched in 2015 while playing in a 3-4 for the Tennessee Titans. Manny Lawson hasn't practiced once due to a pectoral injury and isn't particularly strong at rushing the passer, and Enemkpali has shown some struggles covering offensive players in open space -- a pretty important facet of the role.

The bottom line is this: there is no way the Bills could have seen this coming with Ragland. It was a non-contact injury, and during training camp, these things happen unfortunately. The problem, though, is that the Bills were putting all the hopes of a return to their lofty status on defense on these two young rookies, and now they're left scrambling.

It's not even September and the depth of this roster is already being tested, and that wasn't a strong suit of theirs heading into the season to begin with. Adversity and injury have hit the Bills for the second straight year, and this is when Rex Ryan really has to show he's still got a little defensive magic left for the early stages of 2016 at least.

Rex was always one to point out the success his defensive scheme had in Baltimore and in New York with the Jets, and now he has to do it in Buffalo without the two biggest assets they brought to his Bills defense this offseason.

It wouldn't be fair, and perhaps a bit shortsighted to write them off immediately with the news, but the additions of a healthy Kyle Williams and Aaron Williams will help. However, they have to prove they can get through the adversity of the situation pretty early on into the 2016 season, and that's certainly no easy feat.