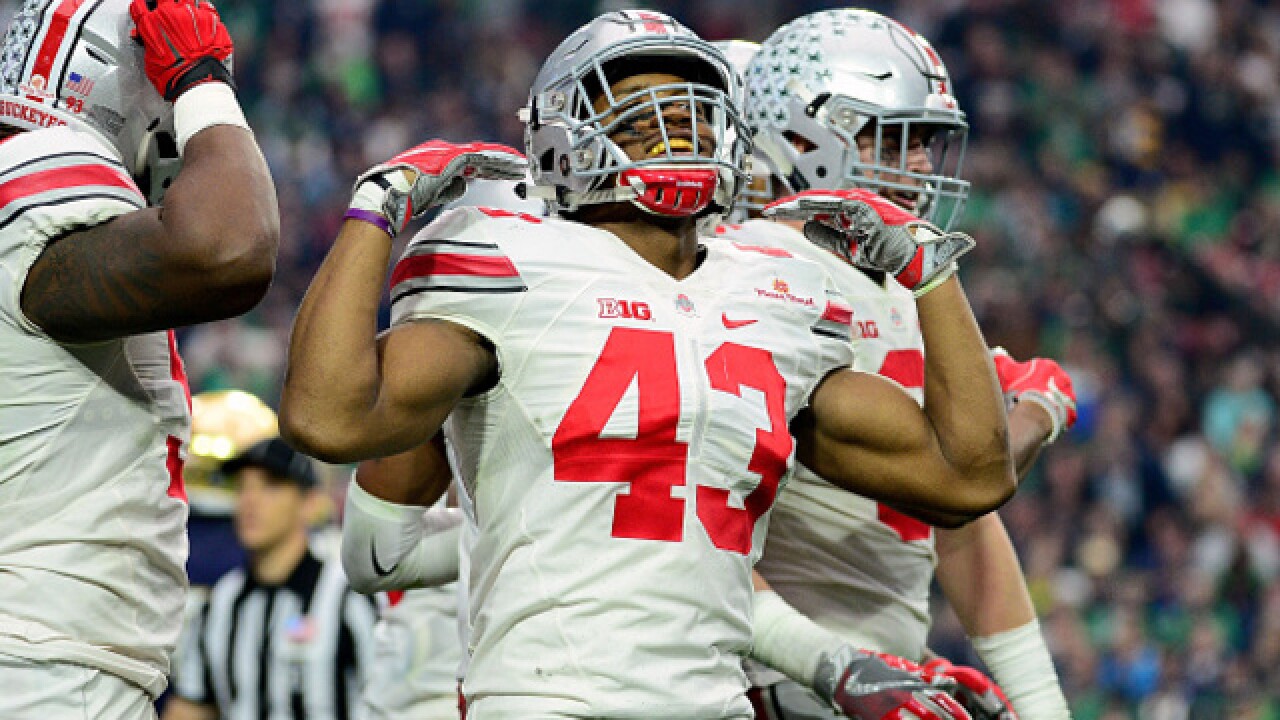 It's been reported that the Buffalo Bills were bringing three separate members of the 2015 Ohio State Buckeyes team in for a pre-draft visit. Well, you can double that figure, because six members of the Buckeyes met with the Bills last night in Buffalo.

Among that group, Lee, Apple, and Decker are all projected to be in the mix to be selected in the first round of the 2016 NFL Draft. Jones, Washington, and Bell are all thought to be second-day prospects.

In the case of Jones, he's one of four quarterbacks that the Bills have showed interest in over the past few weeks.

For a full list of the pre-draft visitors to One Bills Drive that have been reported, click on the link to the left.