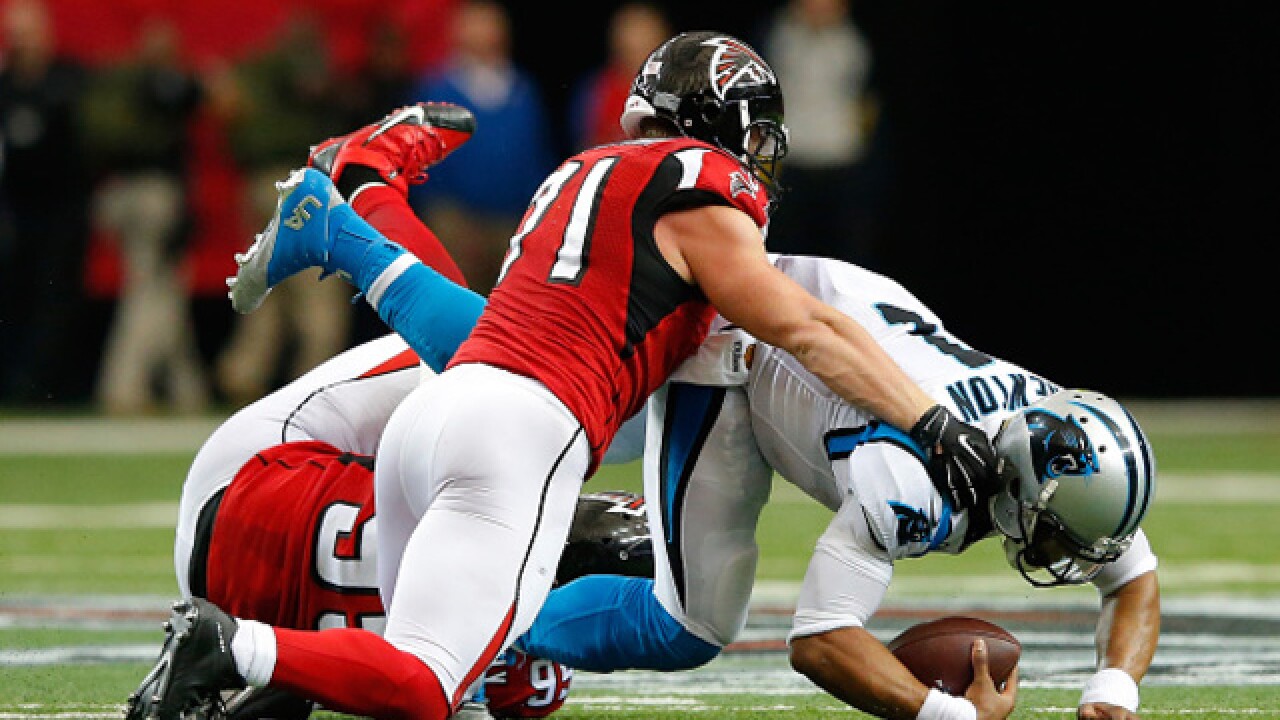 Kevin C. Cox
<p>ATLANTA, GA - DECEMBER 27: Cam Newton #1 of the Carolina Panthers is sacked by Jonathan Babineaux #95 of the Atlanta Falcons and Kroy Biermann #71 during the first half at the Georgia Dome on December 27, 2015 in Atlanta, Georgia. (Photo by Kevin C. Cox/Getty Images)</p>

The Buffalo Bills haven't had an extremely active free agent period, but, they've stayed busy after the market initially cooled down. And now, their next potential target has been identified.

The Bills have brought in former Atlanta Falcons edge defender Kroy Biermann for a free agent visit, the team announced Tuesday morning. Biermann is an eight-year veteran, having played his entire career for the Atlanta Falcons.

The 30-year-old has played as a defensive end in a 4-3 defense, as well as an outside linebacker in a 3-4 scheme. Biermann last was a starter for Atlanta during the 2014 season, but relinquished those duties and was a backup during the 2015 season.

Last year, Biermann had 54 total tackles, 2.5 sacks, and forced one fumble for the Falcons. During his eight year career, he has 23.5 sacks.

Non-football fans might also recognize Biermann's name because of reality television. Biermann's wife, Kim Zolciak, appeared on The Real Housewives of Atlanta for five seasons before having her own spin-off Don't Be Tardy -- which also featured her husband. Zolciak then appeared on ABC's Dancing With the Stars last year.