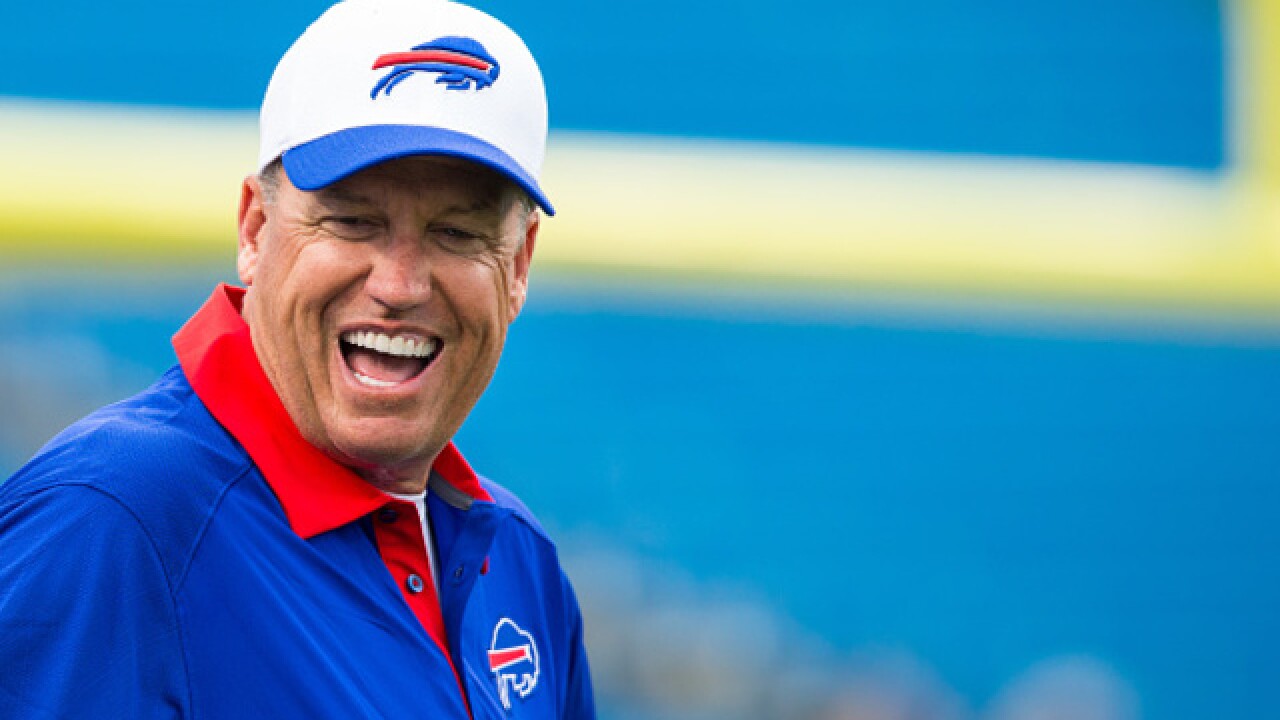 Well, they say sometimes players take on the personality of their coach. And if it's Buffalo Bills head coach Rex Ryan, the official team store does as well.

Ryan has the reputation of being brash, and not caring much about taking shots through the media at other teams -- and more specifically at the New England Patriots. Well, it appears the gateway to Ralph Wilson Stadium did that as well.

As soon as you walk into the store, the front-and-center display is none other than two rows of air pumps, above a row of footballs. As of 11:30 am on Friday, that has not changed:

The rumors are true. Even the team store is taking on the personality of Rex Ryan with a gentle jab at the Patriots pic.twitter.com/9MaK8p1mJL

The Patriots, of course, went through a tumultuous offseason based on an investigation that quarterback Tom Brady, more likely than not, was knowing of the act of deflating footballs ahead of the AFC Championship game against the Indianapolis Colts.

Since that time, the original four-game suspension was nullified during Brady's appeal, and he started the season like any other.

Even still, it appears the Bills aren't letting him and the Patriots forget it.