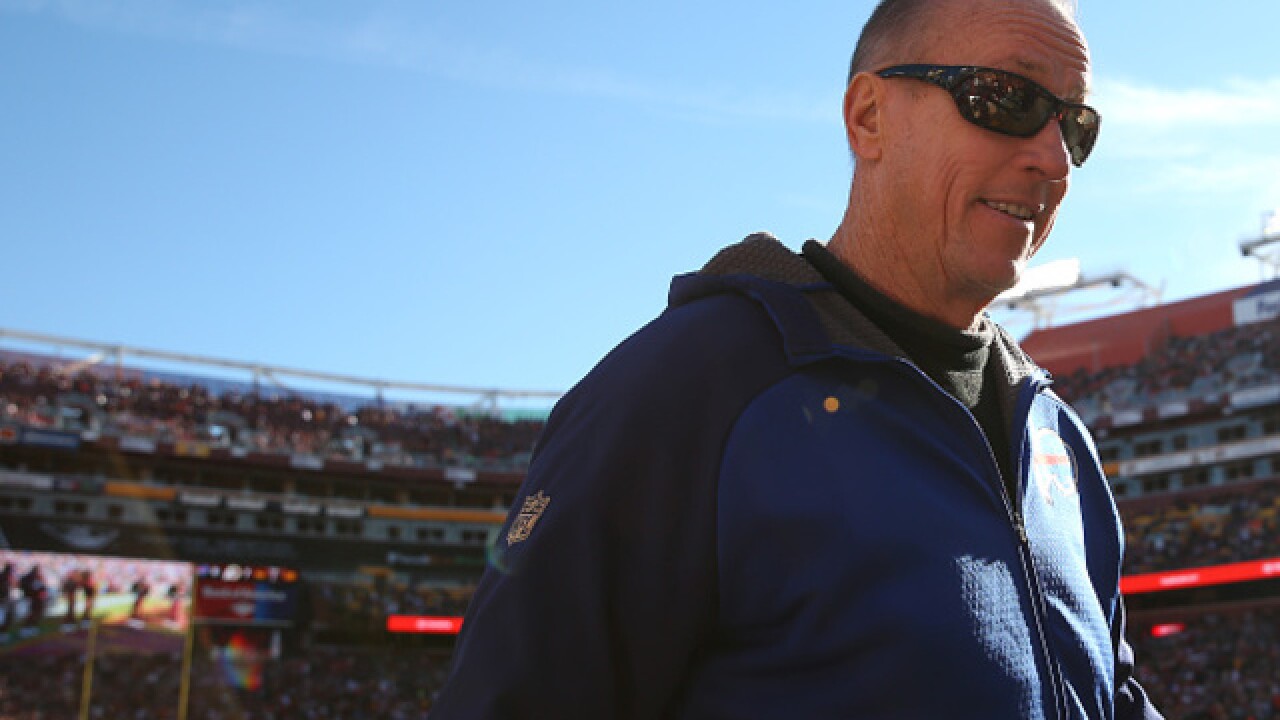 The Buffalo Bills, in the middle of preparing for what's to come this offseason, received the unfortunate news that longtime star quarterback, Hall of Fame inductee, and fan favorite Jim Kelly has seen his bout with oral cancer make a return .

While both the family of Jim Kelly and the Bills organization themselves offered up statements about the next chapter in the quarterback’s fight, many around the NFL started to chime in with their thoughts at the NFL Combine in Indianapolis.

However, many didn't want to just dwell on the discouraging part of the news, but are convinced that the person Jim Kelly has come to be should serve as a source of optimism.

Perhaps the most emotional was Bill Polian, the architect and former general manager of the Super Bowl era Bills of the early 1990s. Just hours after the word got out, Polian was clearly shaken by the news.

“Well, obviously very sad. The only thing you can do really is pray. I know he’ll have the best of care and I know he’ll fight as hard as he can,” Polian said. “Our prayers — I’m speaking for my entire family, and I think our whole Bills family are with him. It’s all in the hands of God. His faith is strong. His will is strong. He beat it once… I’m betting on him to beat it again.”

Polian now works at ESPN as an NFL analyst.

Bucky Brooks, a second-round pick of the Bills in the 1994 NFL Draft, spent just one season in Buffalo. The bond with Kelly’s teammates has been well-documented, and while his time with Brooks wasn’t a long one, the impact was still notable.

“Obviously you’re saddened to hear those things that Jim having the relapse or reoccurrence of the cancer. But, the one thing that we know about him… he’s a tough guy, he’s a fighter, he’s a competitor,” Brooks said. “During my time in Buffalo, obviously I have a tremendous amount of respect for what he was able to do, what he was able to accomplish. I think if anything that I could take away from my experience with him is the grit, the toughness, the heart that he displayed when he’s on the field. I think those traits will serve him well as he continues to battle through this illness, and my prayers and thoughts are with him and his family as he goes through this tough time.”

Brooks is now a draft analyst at NFL Network.

Even current head coaches in the NFL like Pete Carroll of the Seattle Seahawks feels the impact of Kelly, even if it was from the opposite sideline. Carroll’s defense went head-to-head with Kelly’s Bills from 1991 to 1993 with the New York Jets as the team’s defensive coordinator, and then again in 1994 as the head coach of the Jets.

Speaking at his address to the media at the NFL Combine, Carroll wasn’t aware of the news at first, but gave a heartfelt response.

“What Jim has working for him is he’s got this extraordinary background of being a great competitor. God he was such a battler back in the day when he was playing,” Carroll said Thursday. “I remember how many years we went against him in that division when they made their climb to really that great run they had their with Marv [Levy]. Jim was always at the point of it.

“We’ve watched him and witnessed him go through the challenges of recovery and all that, rehab and all. He’s been just a stud like he always was. He’s very fortunate that he has that makeup and that background and the great family that supports him too, so we wish him the very best. I hadn’t heard that news, but I think that’s just the next challenge for Jim and I’m sure he’s going to take it on just like he always has.”

As Kelly’s second fight with cancer begins, it’s clear that his support around the NFL remains in full force — no matter if it’s from Buffalo, or outside of it.