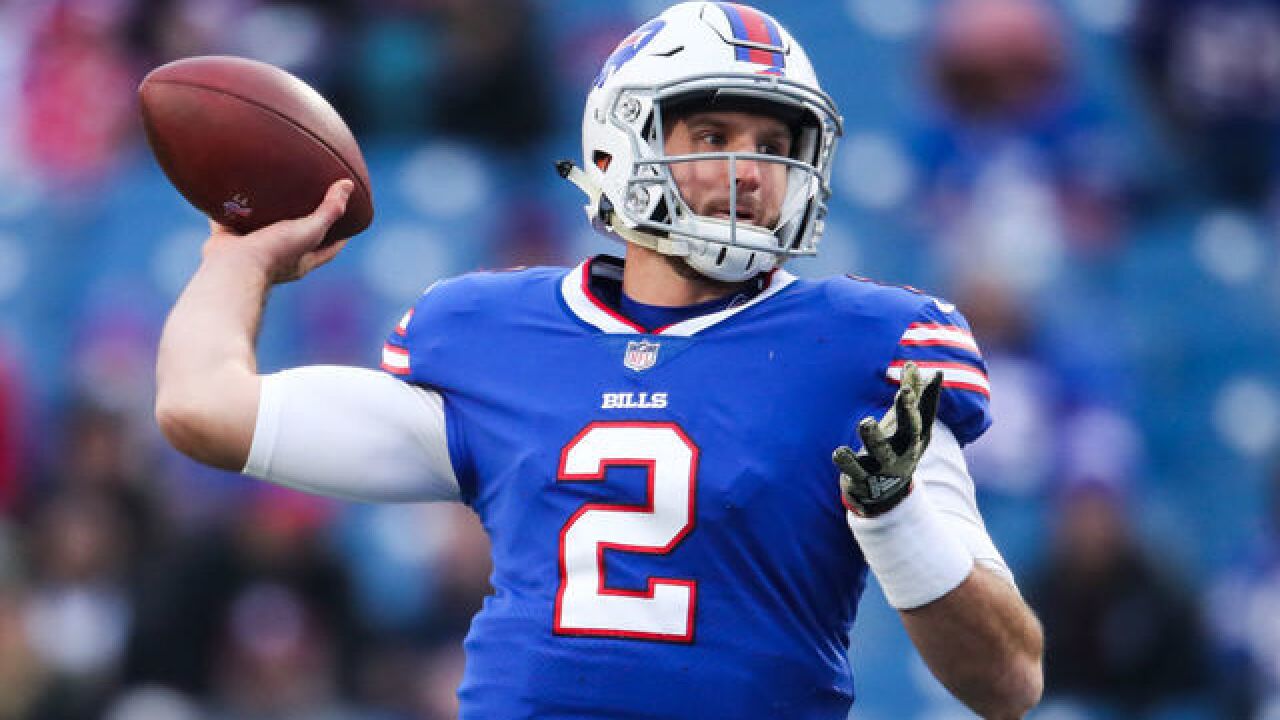 It's official! The Buffalo Bills have named Nathan Peterman as the starter against the Baltimore Ravens.

Peterman beat out rookie quarterback Josh Allen for the starting role in week 1 of the NFL.

The Bills recently traded A.J. McCarron to the Oakland Raiders this past weekend. Both Allen and Peterman are the only two quarterbacks on the roster.