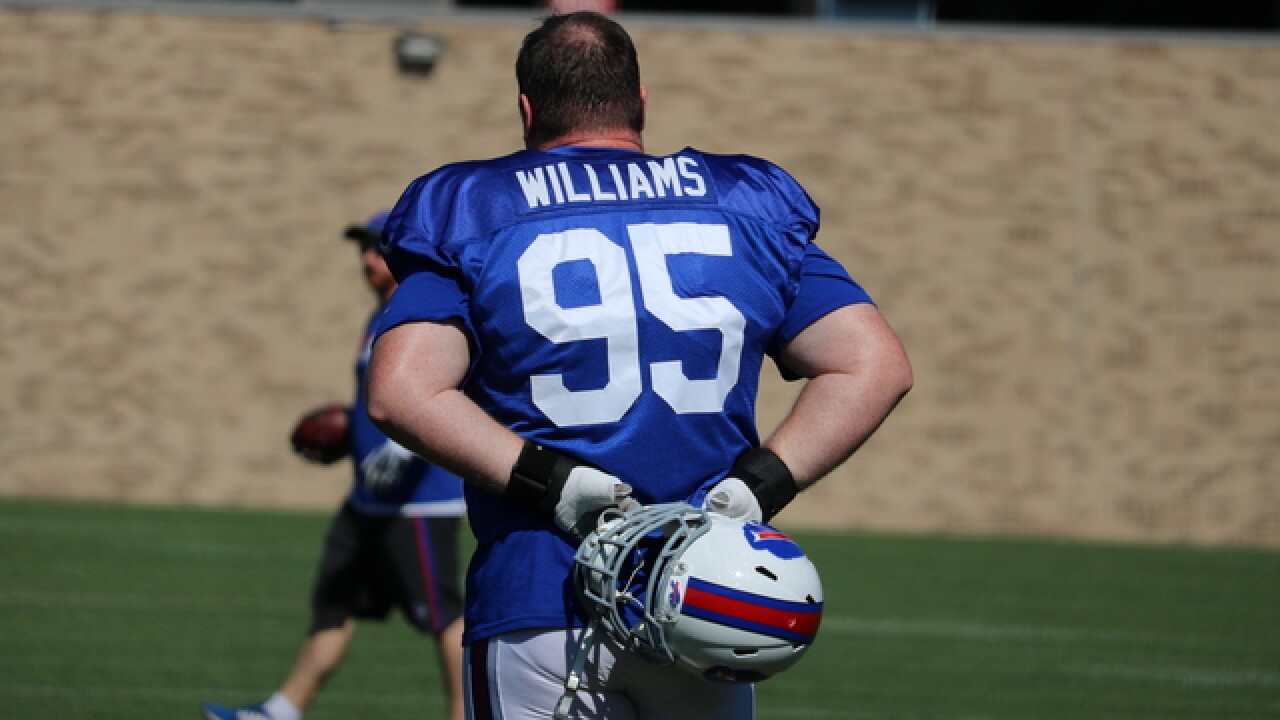 A moment of panic for many Bills fans during the second preseason game of the year when veteran Kyle Williams went down on a play and didn't return to the game.

Williams took a hard hit in the 2nd quarter where his knee was rolled on by an opposing player. He was on the field surrounded by trainers who were working on his right knee.  He got up and limped noticeably off the field on his own followed by trainers. He wound up going to the locker room and was later ruled out with a knee injury.

Williams has been with the Bills since 2006. He announced his intention to return for another season earlier this year.