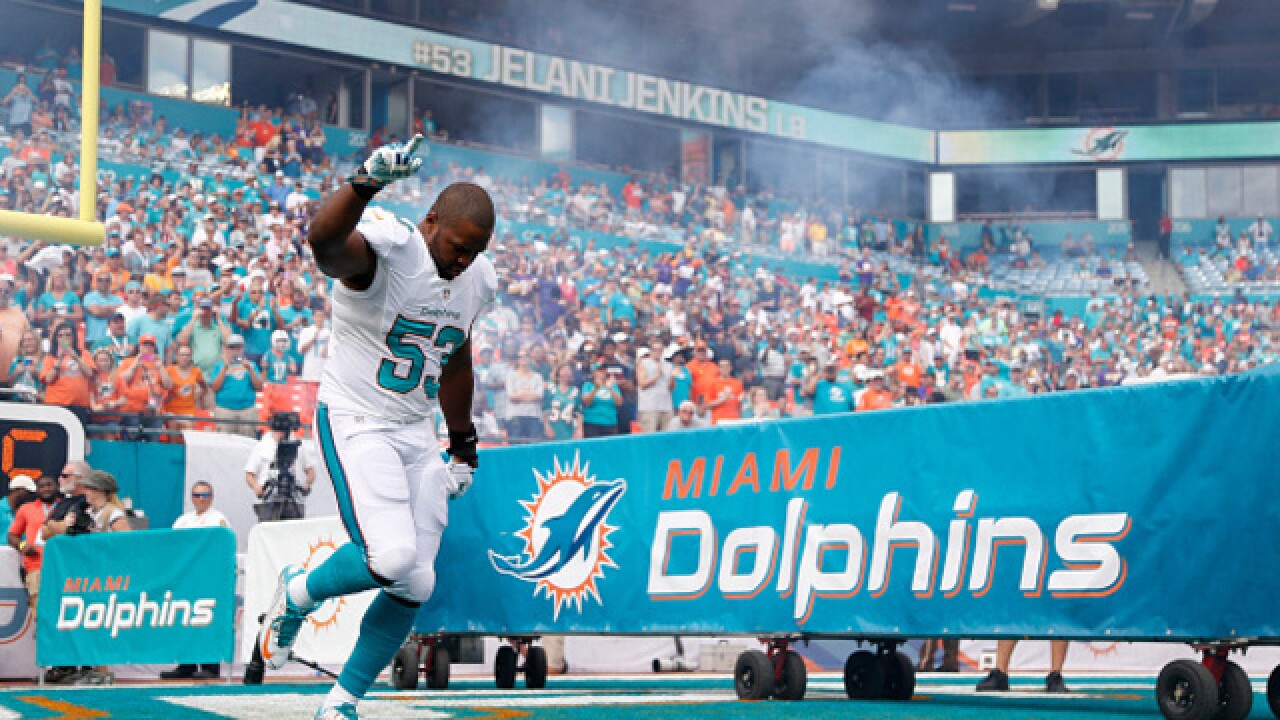 Rob Foldy
<p>MIAMI GARDENS, FL - DECEMBER 21: Outside linebacker Jelani Jenkins #53 of the Miami Dolphins runs onto the field before the Dolphins met the Minnesota Vikings in a game at Sun Life Stadium on December 21, 2014 in Miami Gardens, Florida. (Photo by Rob Foldy/Getty Images)</p>

A critical game is on the way for the Buffalo Bills when they take on the Miami Dolphins on the road Sunday.

Everyone knows about the names of quarterback Ryan Tannehill, wide receiver Jarvis Landry, and defensive tackle Ndamukong Suh, but what about the other members of the Dolphins starting lineup. Who do you need to know about heading into the matchup?

After reviewing a little film from this year, here’s a look at six names to get to know before Sunday — three that have played well, and three that, well, haven’t:

1) #53, LB Jelani Jenkins
- Whenever you watch Jenkins, his instincts and athleticism fly off the screen. He does a very nice job of filling the gap, and isn’t primarily checked by a blocker due to being the weakside linebacker. With his speed, he has the ability to keep some of the quicker running backs in check. Jenkins benefits from a strong defensive line up front, but, he is an extremely talented player in his own right.

2) #90, DT Earl Mitchell
- Ndamukong Suh gets all the publicity for the contract he signed, but Mitchell is no slouch along the defensive line. He gets off the line of scrimmage quickly, and has the ability to shed a block quite succinctly. Paired with Suh, he’s likely to get plenty of 1-on-1 matchups throughout the game. He did, however, miss Thursday’s practice with a back injury. His status for Sunday is unclear.

3) #21, CB Brent Grimes
-  While other cornerbacks around the NFL get a lot of the respect, Brent Grimes has quietly been a fantastic number one cornerback for the Dolphins since joining the team. Despite his size, Grimes has incredible instincts and the quick-twitch ability to act on them. He already has an interception this season, and very nearly could have added a second one last week in the first half against Jacksonville. If they match him up with Sammy Watkins, that will be an underrated, and fun, matchup to keep an eye on.

1) #63, LG Dallas Thomas
- Since Ryan Tannehill has been in the NFL, his offensive line has been an issue and this year is no exception. The left guard, Dallas Thomas, has had a horrific start to the season and gives up ground to his opposition routinely. He is the biggest weakness on offense of the normal starters, and one teams should try to exploit on a weekly basis. On the other side, rookie right guard Jamil Douglas isn’t much better.

2) #35, S Walt Aikens
- The Dolphins have some standouts on defense, but also some weak spots that have contributed to their downfall in Week Two this season. One of which is safety Walt Aikens, who completely misplayed a route being run by Jaguars wide receiver Allen Robinson, got caught flat-footed, and allowed Robinson and quarterback Blake Bortles to take the top off the defense and get a 50-plus yard touchdown. He can be taken advantage of in the pass game.

3) #52, LB Kelvin Sheppard
- Bills fans should be quite familiar with Sheppard, who was dealt to Indianapolis straight up for Jerry Hughes. Since leaving Buffalo, Sheppard has been released and had to work his way back up a depth chart, and earned the starting middle linebacker job for the Dolphins this year. A slower linebacker, Sheppard certainly needs his reaction time to be a lot better than it is, and he gets covered up and pushed out of the way on run plays.