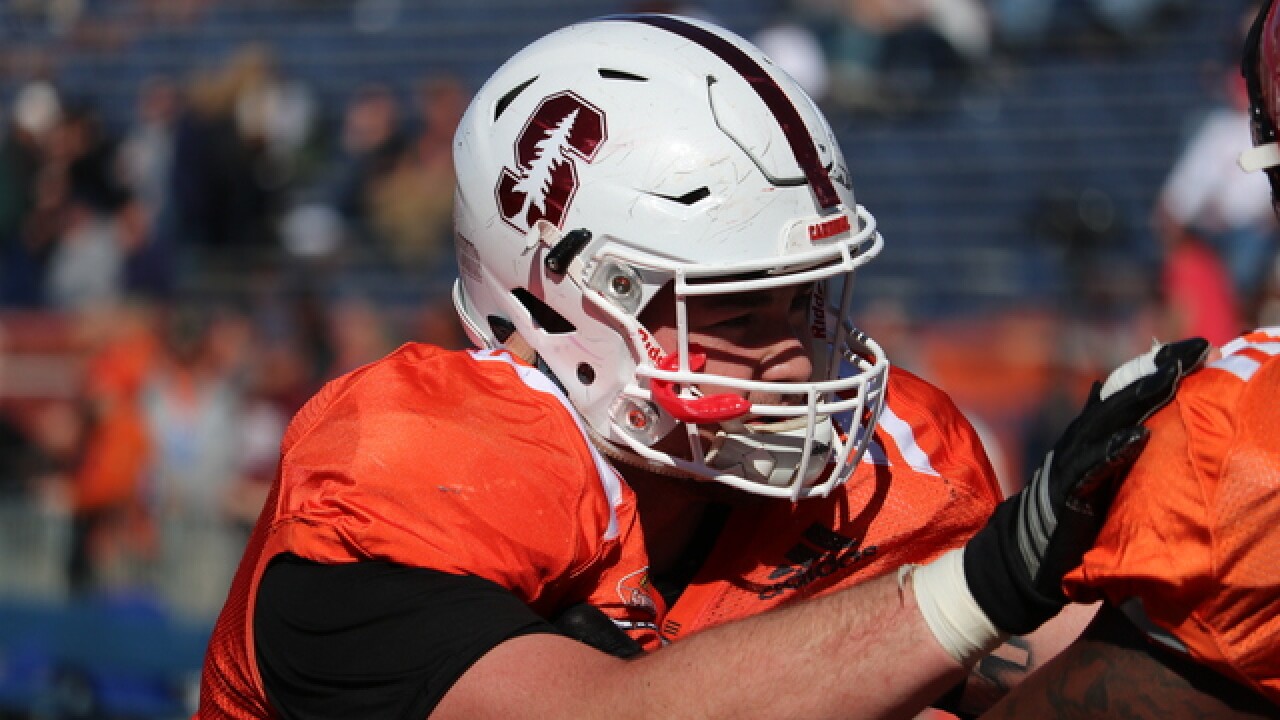 After a first round that drew some mixed reviews, and a rather long wait until their next pick, the Buffalo Bills seemingly hit a home run with their fan base. At 96th overall, the Bills brought in defensive tackle Harrison Phillips out of Stanford -- which is a scheme fit and a personality fit for what Sean McDermott and Brandon Beane are trying to build.

Phillips is intelligent, a man of the community, a former state champion in wrestling -- which draws a smile from Sean McDermott almost every time the sport is mentioned, and the Bills described him as the exact type of person they look for on this roster.

The easy comparison to make for Phillips would be Kyle Williams, but when you really dig into Phillips' game, you'll see a player that plays a much different game than the Bills' long-time defensive tackle. Both are solid players that play same position by name, but their main role differentiates from one another.

Phillips is a one-technique defensive tackle, which for those that are unfamiliar with the differences in Sean McDermott's defensive scheme, is a role that is more focused on eating up blockers for the other members of the front-seven, and to clog running lanes by just pushing players into the intended direction of the play. On the other hand, Williams is a three-technique which is the more high profile position in this defense, and focuses on disruption and penetrating the backfield to thwart plays before they even get started.

Phillips is a stout, run-stuffer that uses his strength to his advantage quite a bit, while Williams has a great first step and gets skinny through the offensive line quite well. So, despite looking similarly and playing the same position by title, they are two different players.

Sean McDermott agreed with the premise, saying Phillips was more of a one-technique as it stands today. He did not rule out the possibility of Phillips trying his hand at three-technique to see if he could do it, but it seems like being the primary backup to starting one-technique Star Lotulelei is the intended direction at the moment.

It's an important role, because McDermott loves to keep his defensive linemen fresh with a rotation and Lotulelei may not get more than 55-to-60-percent of snaps a game. Phillips will get plenty of action and opportunities to help the defense as a rotational piece with potential to start down the line. The depth at defensive tackle was a glaring weakness last season, which is why you've seen the Bills add to it with two big assets in Lotulelei and now Phillips. I would not even be surprised if they used a Day Three selection on a three-technique defensive tackle, because they could still use another one to try and develop -- especially if Kyle Williams is entering the final year of his career.

In Carolina while both McDermott and Beane were there, with there was a rule of thumb that they abided by... the drafting of defensive linemen was always encouraged, and that trend has transitioned up to Buffalo in similar fashion.

So, even though Phillips isn't as good of a comparison to Williams as you would think he is, the Bills are still getting themselves a fine prospect that will contribute immediately in a rotational role, and one that could start one day if he develops correctly.