Joe B: Buffalo Bills enter the future at LB with Tremaine Edmunds 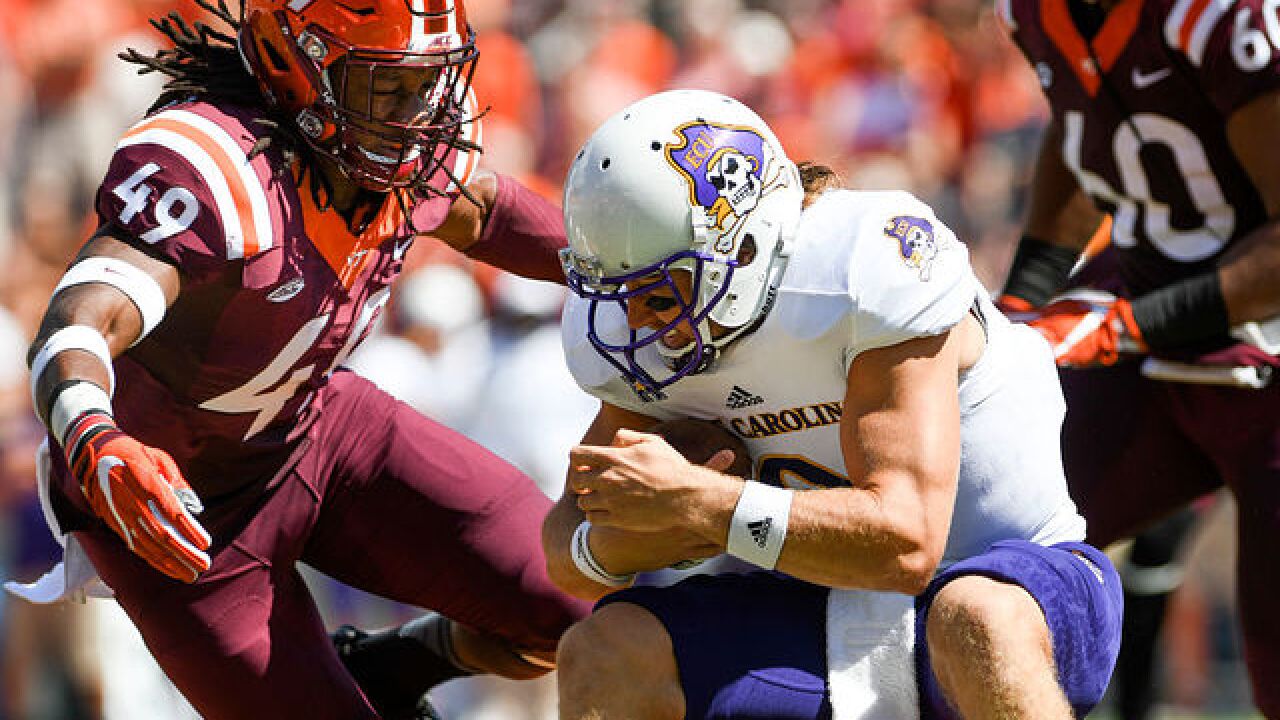 Copyright 2018 Scripps Media, Inc. All rights reserved. This material may not be published, broadcast, rewritten, or redistributed.
Michael Shroyer
<p>BLACKSBURG, VA - SEPTEMBER 24: Linebacker Tremaine Edmunds #49 of the Virginia Tech Hokies prepares to hit quarterback Philip Nelson #9 of the East Carolina Pirates in the first half at Lane Stadium on September 24, 2016 in Blacksburg, Virginia. (Photo by Michael Shroyer/Getty Images)</p>

First it was for Josh Allen, and then again on Thursday night, the Buffalo Bills moved up in the draft order to secure the services of a player at not only a major position of need but a high profile position to head coach Sean McDermott.

While it left the Bills with only one pick on Day Two of the draft, it was worth it in order to secure the services of a player like Tremaine Edmunds that they certainly didn't expect to be available at that point of the evening. And when you look at how dire the need was to get a top-tier linebacker to the Bills, it makes all the sense in the world as to why they made the move.

They benefited from the overall devaluation of the linebacker position by most teams in the NFL, and it helped Edmunds stick around far longer than they figured he would. Had the Bills missed out on the quarterbacks and picked at 12th overall, I have a hard time believing they would have picked anyone other than Edmunds based on who was available.

Edmunds comes to the Bills as a versatile chess piece that, if he lives up to his potential, will not have to come off the field for Buffalo. All throughout the draft process you look for historical picks that have been made by teams the decision makers were associated with, and in Carolina, the main traits that the Panthers had looked for were prototypical size, and explosive scores in athletic testing -- and Edmunds brings that all in one, 19-year-old package.

There are so many things that Edmunds, a freak athlete for his 6-foot-5, 253-pound frame, does well. He's got incredible speed for his size and can move fluidly enough to stick with tight ends in coverage, and to explode toward a potential pass catcher when sitting in zone coverage. He flashes in the run game, and can even moonlight as a pass rusher.

He also has tremendous strength that he shows off to keep blockers off of him, and he's got the genetic advantage of long arms (34 1/8-inches) that help him disengage from linemen at the second-level, too. He also has the speed to absolutely erase a mobile quarterback by having the explosiveness to get to the runner when sitting back in a zone. A man his size should not be able to move that well.

With how much teams are in nickel defense these days, that makes Edmunds into an outright weapon for a defense like the one Sean McDermott runs. He'll need to work on his recognition of plays at times, but nonetheless, he can become the next great thing at linebacker for Sean McDermott -- who specializes in producing high level linebackers in the NFL.

The sky is the limit for Tremaine Edmunds, and if he fits into Sean McDermott's scheme as well as they think he can, this could end up being a long-term player in Buffalo at middle or strongside linebacker.