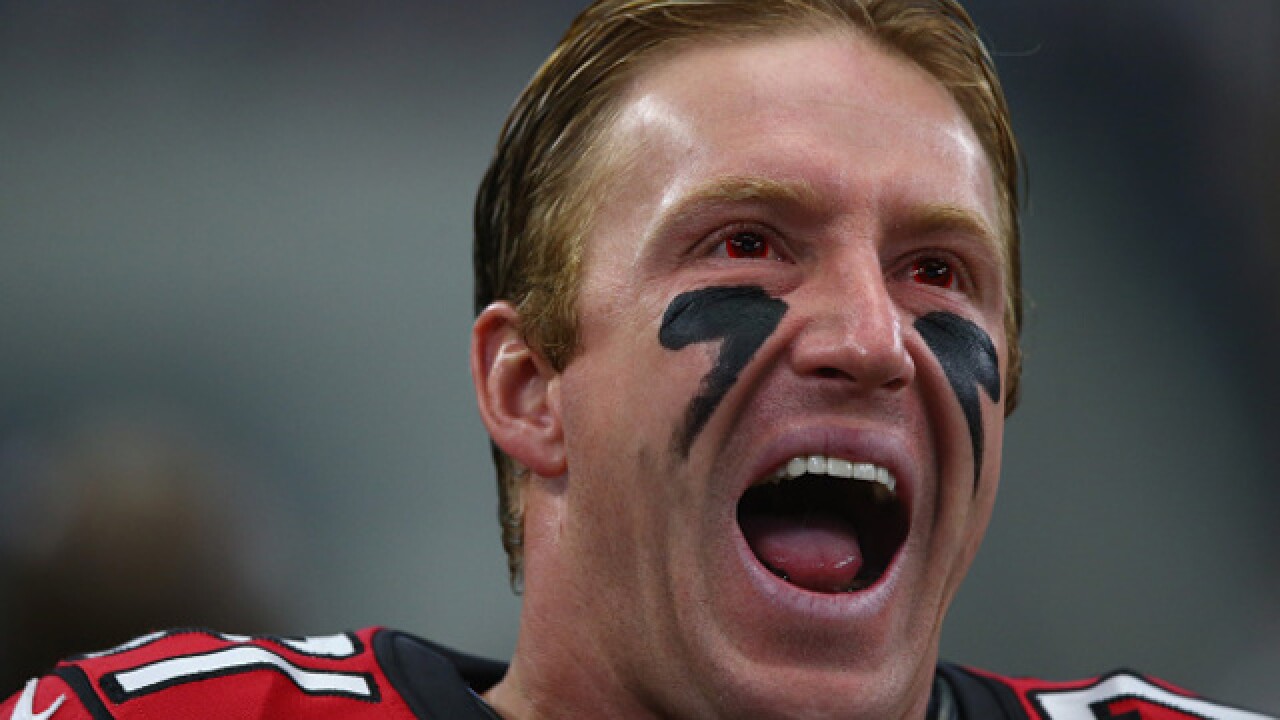 Ronald Martinez
<p>ARLINGTON, TX - SEPTEMBER 27: Kroy Biermann #71 of the Atlanta Falcons yells before a game against the Dallas Cowboys at AT&T Stadium on September 27, 2015 in Arlington, Texas. (Photo by Ronald Martinez/Getty Images)</p>

The Buffalo Bills have had to pick and choose their spots in free agency during the 2016 offseason. Even as the season ended, the Bills said the main focus would be on re-signing some of their own, which they did.

Since that point, the Bills have only brought in two players at a low cost: blocking tight end Jim Dray, safety Robert Blanton, and now they're looking at the possibility of signing edge rusher Kroy Biermann.

Due to cap concerns, the Bills haven't had all the flexibility to significantly address the weaknesses of their roster, but Biermann would be a solid addition to bring depth, and a potential playable option to the roster. The Bills are in need of edge rushers to go with Jerry Hughes, Manny Lawson, Jarius Wynn, and Max Valles.

While bringing in the 30-year-old Biermann would be a solid addition in the interim, it doesn't fix the overwhelming problem that plagued the Bills in 2015. They need to get heat on the quarterback, and to inject youth into the position. Neither of those are characteristics of Biermann, who has 23.5 total sacks in his eight-year career.

He's a solid edge defender against the run, yes, but the Falcons worked to replace him in the starting lineup from 2014 to 2015, mostly because they needed additional help at getting after the passer. The same line of thinking should be adopted by the Bills, who subtracted Mario Williams this offseason and now need a replacement to offer more than what Biermann can in bringing heat off the edge.

At 30, Biermann likely isn't going to command a lot of money or many years in a contract. If you pair that with Manny Lawson, who is due to become a free agent at the end of the 2016 season, the need for a more long-term solution is still there.

So, if the Bills sign Biermann, think bigger than just him. He helps defensive depth, but by no means does it negate the need of the Bills to add another younger impact pass rusher to the fold.