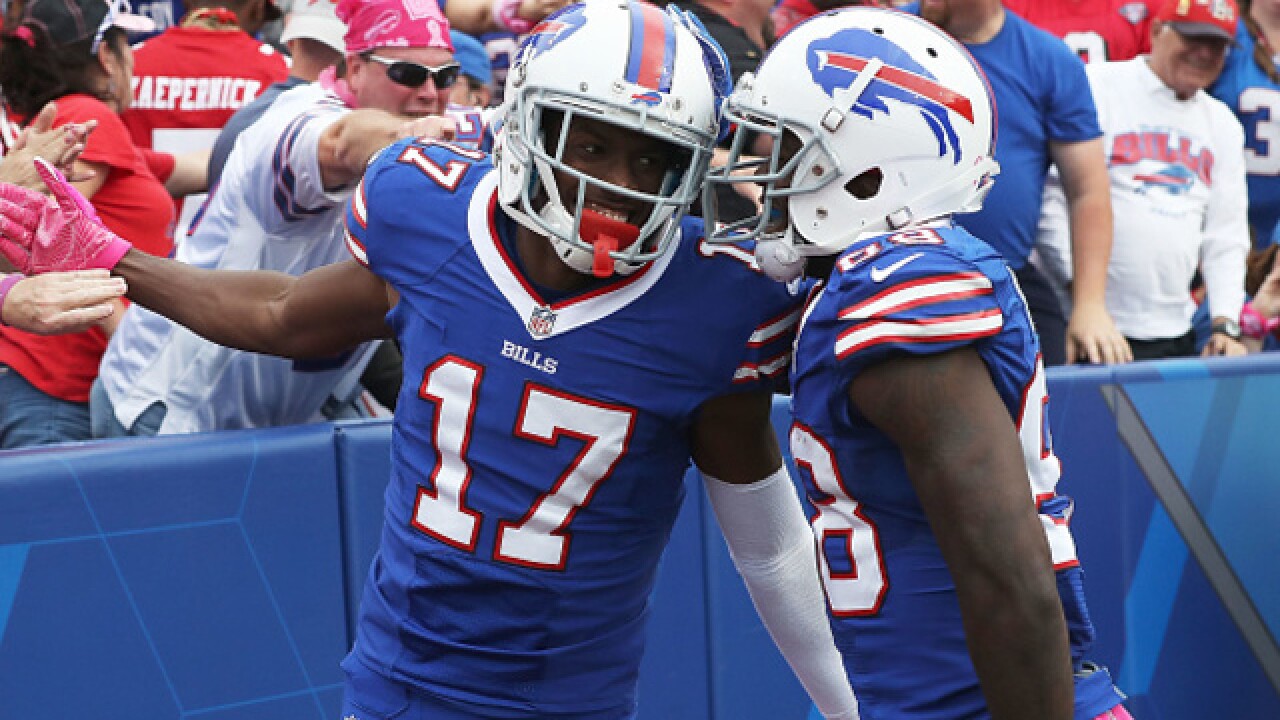 Through six weeks in the 2016 regular season, the Buffalo Bills are rolling. Now having won four straight after beating San Francisco 45-16, the Bills are firmly in the playoff discussion at this point of the season.

They’re next up against the Miami Dolphins, but before we turn the page to the next week’s opponent, first is a detailed look at how the game went for the players that make up the Buffalo Bills roster.

Only players that take a snap on offense or defense are accounted for, and players with under 15 snaps, unless they have a significant impact on the game, will not be factored into weekly rankings.
Season-long grades have been tallied and documented, with each individual game’s grade being weighted for how much the player was on the field in a given week. You can find those below all the weekly rankings at the bottom of the article.

You’ll see an explanation of the best five players of the week and the bottom three players from the contest as well.
Now, the individual player grades of the Bills versus the 49ers:

1) LT Cordy Glenn
Snaps on the Field: 72/79
Grade vs. 49ers: A
- Welcome back, Cordy. After looking a little slow in his first week back versus New England, and playing just so-so against Los Angeles last week, Glenn’s performance against San Francisco was unmistakeable. He was moving much better on the ankle than he had been each of the last two weeks, and that helped him to having as solid of a game as he did against the 49ers. When the Bills dropped back to pass, the opponents offered barely a sniff of a pass rush if it was coming from his side. Plus, in the running game, Glenn was easily controlling his defenders and pushing them the way the play intended. It was a dominant effort, and for the Bills offensive line, the rich have gotten richer. Having a fully healthy Glenn, by the looks of it anyway, makes this offensive attack that much more dynamic.

2) RB LeSean McCoy
Snaps on the Field: 49/79
Grade vs. 49ers: A-minus
- Speaking of dynamic, McCoy very nearly pulled of an ‘A’ just like Glenn. However, his fumble that the Bills recovered was the lone mistake in an otherwise beautiful game for the runner. The offensive line helped him significantly, but he created yardage where yardage wasn’t there to be taken. His day will be defined by the three touchdowns on the stat line, but his field-reversing pickup of a 3rd-and-way long for a first is a play that will stick in the mind when thinking about his day against the 49ers. He was great all day long, and showed further proof of why he’s the most important player on the offense.

3) C Eric Wood
Snaps on the Field: 74/79
Grade vs. 49ers: A-minus
- The Bills starting center is on fire to start the 2016 season. Wood has collected a grade of ‘B’ or better in every game except for Week One versus Baltimore, which proves why he’s rated in the top five for the season. Against San Francisco, Wood had his best day — getting out in front of screen attempts, controlling his defender in the run game, and clearing the path for LeSean McCoy and Mike Gillislee all game long. He did extremely well in his one-on-one battles all game long.

4) LG Richie Incognito
Snaps on the Field: 79/79
Grade vs. 49ers: A-minus
- Sensing a trend here? Three of the top four are offensive linemen, and right guard John Miller checks in not too far away from here, too. That’s how dominant the Bills were up front and at the point of attack. Incognito shook off a slow start and was dominant the rest of the way, doing much of the same things Eric Wood was doing at a high level, and then again when asked to pull in front of the running back.

5) DL Kyle Williams
Snaps on the Field: 43/61
Grade vs. 49ers: A-minus
- While the offense got all the love in the top four, Kyle Williams played a near perfect game on the defensive line for the Bills. The read-option is what gave them so much trouble, but that was largely of the concern of the outside and inside linebackers to deal with. Up the middle, Williams was a force that demanded two blockers, or else he was winning his one-on-one matchup against the offensive lineman. His performance against the 49ers was one of the biggest reasons that the Bills shut down the 49ers running backs. By the end of it, the 49ers running backs averaged only 3.35 per carry.

27) DL Jerel Worthy
Snaps on the Field: 17/61
Grade vs. 49ers: C-plus
- Worthy had an impressive rep early on, but then was controlled on a few separate occasions that led to big opportunities for the 49ers. It’s a tad disappointing considering how well he played in the summer, but he’s turned into a rotational player that can occasionally make a flash play. His performance has been all over the place in spot duty, which likely means he’ll be the man to take a seat once Marcell Dareus’s hamstring is fully healed and he’s ready to return.

28) WR Marquise Goodwin
Snaps on the Field: 50/79
Grade vs. 49ers: C-plus
- If he’s not feeling the heat from the recently acquired Justin Hunter for his number two role yet, he should be. Goodwin hasn’t been a factor in the passing game since Sammy Watkins had to start missing time in Week Three, which has led the Bills to give opportunities elsewhere. Plus, as a blocker, he hasn’t carved out the same reputation that even his teammate Walt Powell has in becoming a more willing blocker. Hunter’s snap count jumped from 11 in Week Five to 46 in Week Six, which means Goodwin could be losing some snaps as Hunter continues to learn the offense.

29) LB Brandon Spikes
Snaps on the Field: 16/61
Grade vs. 49ers: C-plus
- Lining up at mostly outside linebacker, I didn’t think Spikes had a particularly strong game. His two main responsibilities when he was on the field was to contain the edge, and when asked, to get after the passer. Spikes seemed to have a wide receiver reverse sniffed out, but when he went to change directions, the stiff Spikes just fell over and it went for a 10-plus yard gain. When rushing the passer, he failed to generate much pressure from his side. When Shaq Lawson is ready to return, Spikes’ role at that spot of the defense likely becomes vanquished.

Players with less than 15 snaps