Joe B: 5 things to watch in Bills - Patriots 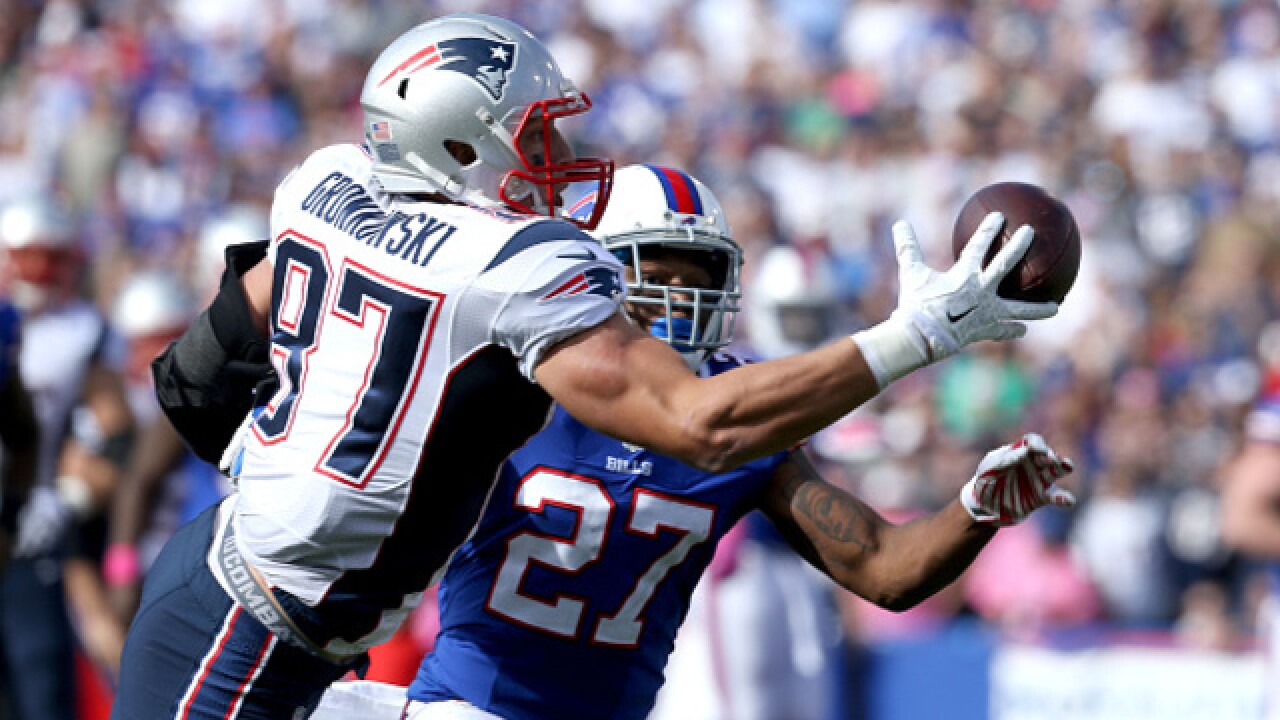 The Buffalo Bills are just one day away from one of the most highly anticipated games in quite some time. If ever there were a litmus test of a game for a team finally trying to get over the playoff hump, it’s against one of the best quarterbacks in NFL history, and against the Super Bowl Champions from last season.

The Bills will welcome in the New England Patriots in the hope that they send shockwaves through the rest of the National Football League. The Bills defeated the Indianapolis Colts last week, a team that has their share of deficiencies. But can they really do what has mostly evaded them since 2001 and beat the Patriots?

Five things to watch in a game that means everything to the Bills:

1) Full LeSean?
- LeSean McCoy, the team’s key addition in the offseason to help their offense, has been hampered by a hamstring injury for over a month and hasn’t been 100-percent since training camp. On Thursday, McCoy felt some soreness with the injury and had to be shut down at practice prematurely. The Bills worked him back in on a limited basis on Friday, but, just how much will the running back be able to play on Sunday? McCoy himself admitted that he wasn’t at full health for the Colts game, and if he’s still feeling some soreness or tightness on Thursday, odds are that isn’t leaving by game time. Hamstrings require full rest to get back to full health, and it appears McCoy hasn’t been able to get that. The Bills are cautiously optimistic he’ll play but his teammate, rookie Karlos Williams, said there would be no way that McCoy misses the contest. Even still, his efficiency with a poor run-blocking unit ahead of him and an injury that hasn’t gone away could yield the way for more Williams carries, considering he was the most effective runner against the Colts as well. McCoy should figure into the passing game as he did last week, though.

2) How to deal with Gronk
- The question that has perplexed multiple defensive coordinators throughout the years has been simple: how do you slow down tight end Rob Gronkowski. When healthy, Gronkowski is a nightmare to cover, and in the red zone area, Tom Brady isn’t looking many other places than for big number-87. There are multiple strategies to use against Gronkowski from a defensive perspective. If Rex Ryan wants to take a page out of his New York Jets playbook, he could use Stephon Gilmore like he did with Darrelle Revis and have the fourth-year pro follow the tight end all game long. The Bills could also tie a safety with some size to his hip and give him help over the top. Or, as, Ryan suggested, they could just overload Gronkowski with coverage and make the rest of the receivers be the ones to beat them. If yours truly made the call, Gilmore would take on Gronkowski with some help over the top, tie Nickell Robey to Julian Edelman all game long, and have Ronald Darby up against Danny Amendola. Regardless of how they approach it, Gronkowski is at the top of his game and will still make his mark on the game — it’s just a matter of how much.

3) Bills DTs vs. Pats Rookies
- With due respect to the performances from last week for the young interior offensive linemen of the New England Patriots, the Pittsburgh Steelers defensive line isn’t even in the same stratosphere of talent as the one the Buffalo Bills boast. So when rookie Tré Jackson and undrafted rookie David Andrews lines up in the starting lineup with Kyle Williams and Marcell Dareus against them, the potential for outright dominance exists for Buffalo. Both rookies put some things on tape that veterans will pick up on, and mix that with the talent the Bills duo has, they could make it a long day for the Patriots. This has the potential to be one of the biggest matchups that could shape the game, and the fact that a normally stout interior is no longer there for New England should have the Bills licking their chops against Tom Brady.

4) Beware Chandler Jones
- A battle that has been going on for the past three seasons will continue again on Sunday, when Bills left tackle Cordy Glenn goes up against Patriots defensive end Chandler Jones. In six matchups, Jones has mostly gotten the better of Glenn, racking up two sacks, four quarterback hits, and 12 quarterback hurries over the course of their battles. Glenn is as long-limbed as they come from an offensive tackle perspective, but, as is Jones from the realm of defensive ends. Jones has been effective against both the pass and the run since entering the league, and has the ability to blow up a game plan if Glenn isn’t on his game Sunday.

5) Sammy Watkins: how much will he be involved?
- Against the Colts, the Bills targeted Sammy Watkins three times (one of which being the batted down pass in the second half), and failed to get him the ball successfully. Is Watkins zero catch performance an anomaly? The Bills certainly think so, and they have a much more conducive matchup in Week Two to get Watkins involved. Last week, the Patriots chose to have Malcolm Butler follow Steelers top wideout Antonio Brown wherever he went on the field. If they follow suit again, Butler will be shadowing Watkins, but he is far less of a player than Colts top cornerback Vontae Davis. Watkins will have multiple opportunities for run after catch receptions if the Bills have their way.

Prediction: Bills over Patriots
- Here’s the biggest question heading into this one: will the Patriots have enough of a game plan in place to stop quarterback Tyrod Taylor? They can only go by what they’ve seen on tape, but, what helps the Bills is that they didn’t have to use a lot last week. Against New England, it’d be fair to expect read-option to be much more involved, just to take some pressure off the passing game and whatever the Patriots concocted to try and stop it. Secondly, the single biggest reason why the Bills can win this game, is Marcell Dareus and Kyle Williams against Tré Jackson and David Andrews. The Bills should not only win this matchup, but dominate it all game long. Tom Brady has been incredible for a long time, and his ability to negotiate a muddy pocket is among the best reasons. But, simply put, the offensive line play last week against a poor Steelers defense just wasn’t good enough, considering what the Bills boast from a front-seven perspective. The Patriots will try to neutralize it all with quick passes, but, the front-seven will make their mark before the day is done. For that reason, and the hard-to-ignore home field advantage at Ralph Wilson Stadium, I think the Bills very well could be the talk of the league by the time Sunday is over and done with.