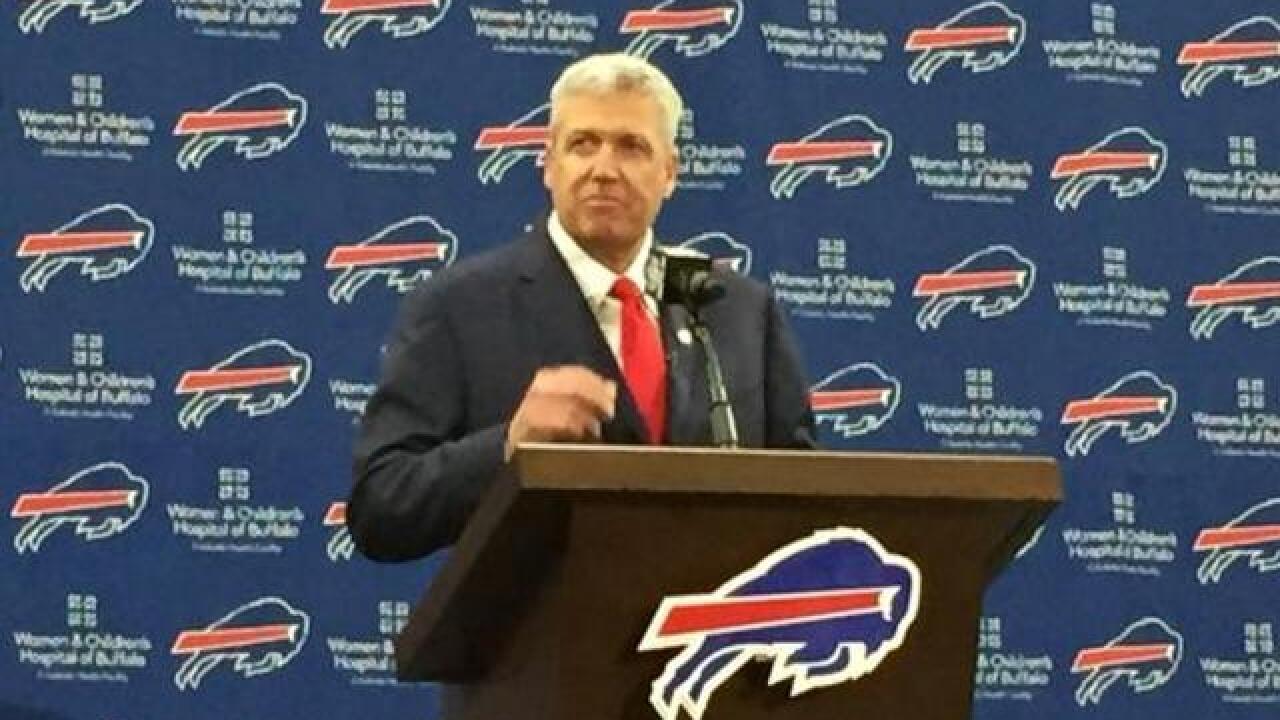 The Buffalo Bills are one day removed from their 40-32 loss to the New England Patriots, and will quickly need to bounce back against the Miami Dolphins in Week Three.

Before they start their preparations, head coach Rex Ryan met with the media to recap the loss one last time, and there were some interesting snippets from the conversation at One Bills Drive — including the head coach calling out one of his players.

Five takeaways from the press conference:

1) Aaron Williams a “stretch” to play
- In a scary moment at Ralph Wilson Stadium, starting safety Aaron Williams had to be put on a stretcher, and driven off the field in an ambulance. They were examining his neck back at the hospital, but thankfully, Williams was released from the hospital later that day. Now with the knowledge that Williams is, in fact, not facing any serious injuries, the next question is when he’ll be eligible to return to the lineup? Ryan said at the press conference that it’s a “stretch” to think that Williams could play in the upcoming matchup with the Miami Dolphins, but that it was still too early to tell. It remains to be seen who the Bills turn to if Williams can’t start, but it’s more likely than not to be Bacarri Rambo.

2) Tyrod needs to step up in pocket
- For the first time, the Bills faced some adversity with Tyrod Taylor as their quarterback in the passing game. The Patriots were begging Taylor to throw the ball deep in single-high safety looks, and he just could not take advantage of that. Until Taylor beats that type of defense, teams will continue to play him that way. However, Ryan thinks he knows part of the problem, or at least, what he’d like to see Taylor do a better job of: stepping up in the pocket. Taylor isn’t the tallest of passers and may have some trouble seeing targets down the field, but, stepping up in the pocket rather than looking for an escape strategy. Whatever the fix is, Taylor has to quickly prove himself as a downfield passer.

3) A rare vote of confidence for Carpenter
- On two separate occasions in the preseason, Rex Ryan was fed up with all the missed field goals and let it rip on Dan Carpenter to the media. Carpenter missed an extra point on Sunday, and it led to another question about his faith in the kicker. This time, Ryan was a bit more diplomatic, saying that Carpenter feels worse than anyone about the miss. The head coach expressed confidence in the kicker, and said they know there’s something in him that can work through whatever struggle he’s having. It appears Carpenter is safe this week, despite the missed extra point.

4) Rex sends a message, likely to Duke Williams
- Since the season started, the Bills have had to use five players as replacements for normal starters: defensive tackle Corbin Bryant, cornerback Mario Butler, safety Bacarri Rambo, offensive tackle Cyrus Kouandjio, and safety Duke Williams. Ryan has gone on record in his praise for Bryant, Butler, and Rambo, and Kouandjio only took one snap on Sunday. That means, this clip you’re about to watch, is likely about Duke Williams

Well, there's one of 4 players Rex could be talking about here, and he's praised Butler & Rambo. Likely Duke Williams pic.twitter.com/T08jDmgyqY

Williams was last seen being screamed at by both Stephon Gilmore and Nigel Bradham after being the reason for allowing the touchdown to Rob Gronkowski. Once the presumed starter in 2015, Williams’ fall down the depth chart and out of favor of the coaching staff has been one of the biggest disappointments for the Bills in the young season.

5) Penalties on special teams
- The Bills have taken a very, very large amount of penalties through the first two games, and special teams has given their fair share to the totals. Rex Ryan said he’s had a sit down with special teams coordinator Danny Crossman in an effort to figure out how to get the penalties out of their approach, and to put an end to all the block-in-the-back penalties the return teams have been getting. Penalties, on special teams and elsewhere, have continually ruined big plays and put the Bills in a worse position than they had originally anticipated, and most are due to a lack of discipline. Ryan wants more out of that unit, and in turn, himself.