Joe B: 5 observations from the Senior Bowl Day 3 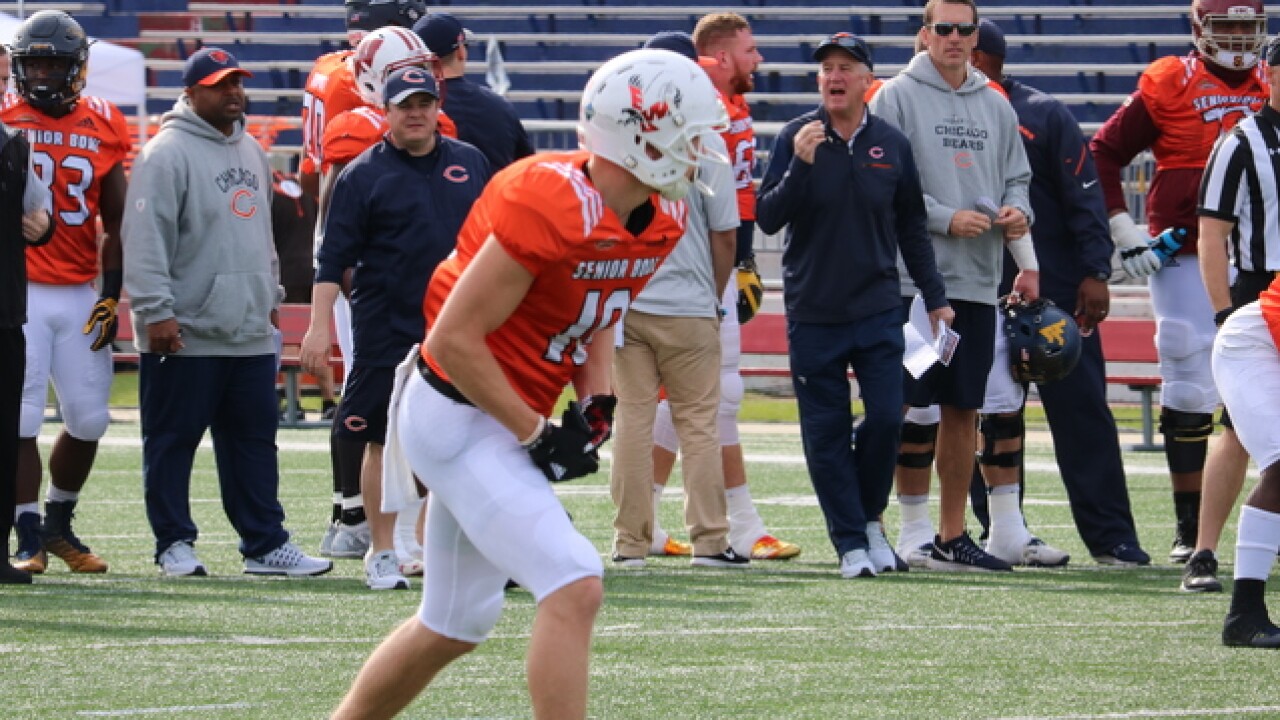 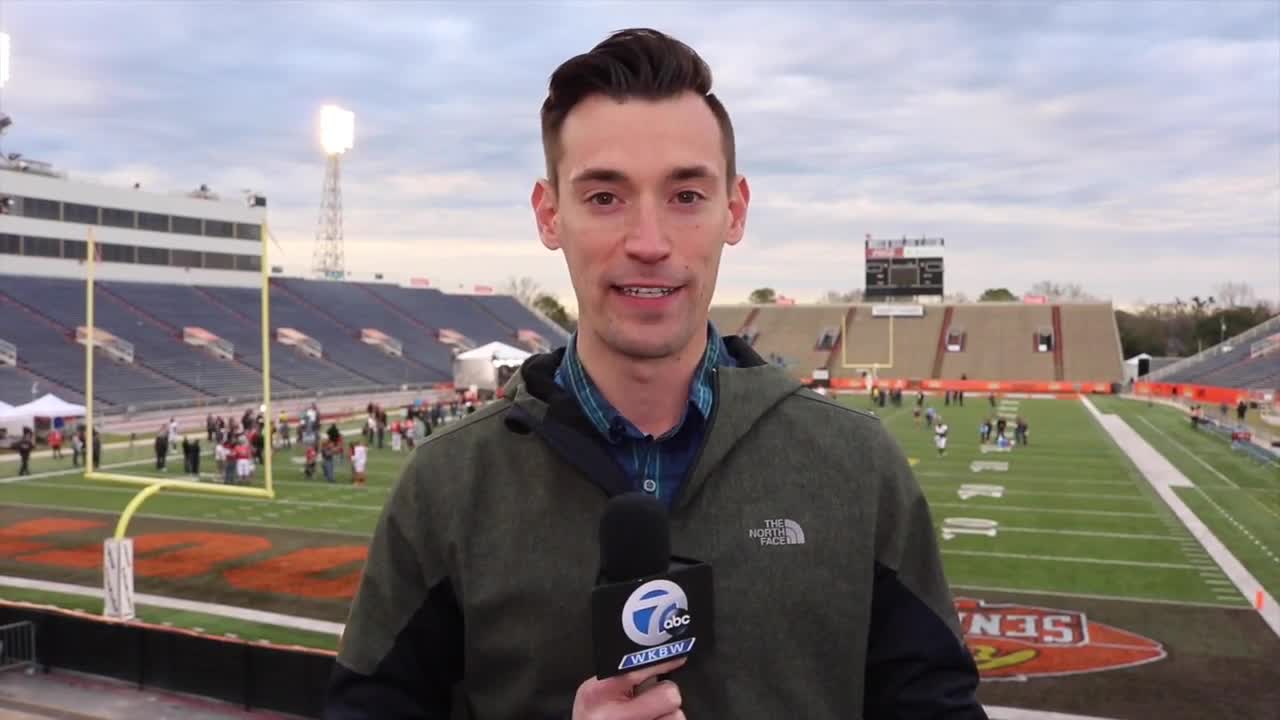 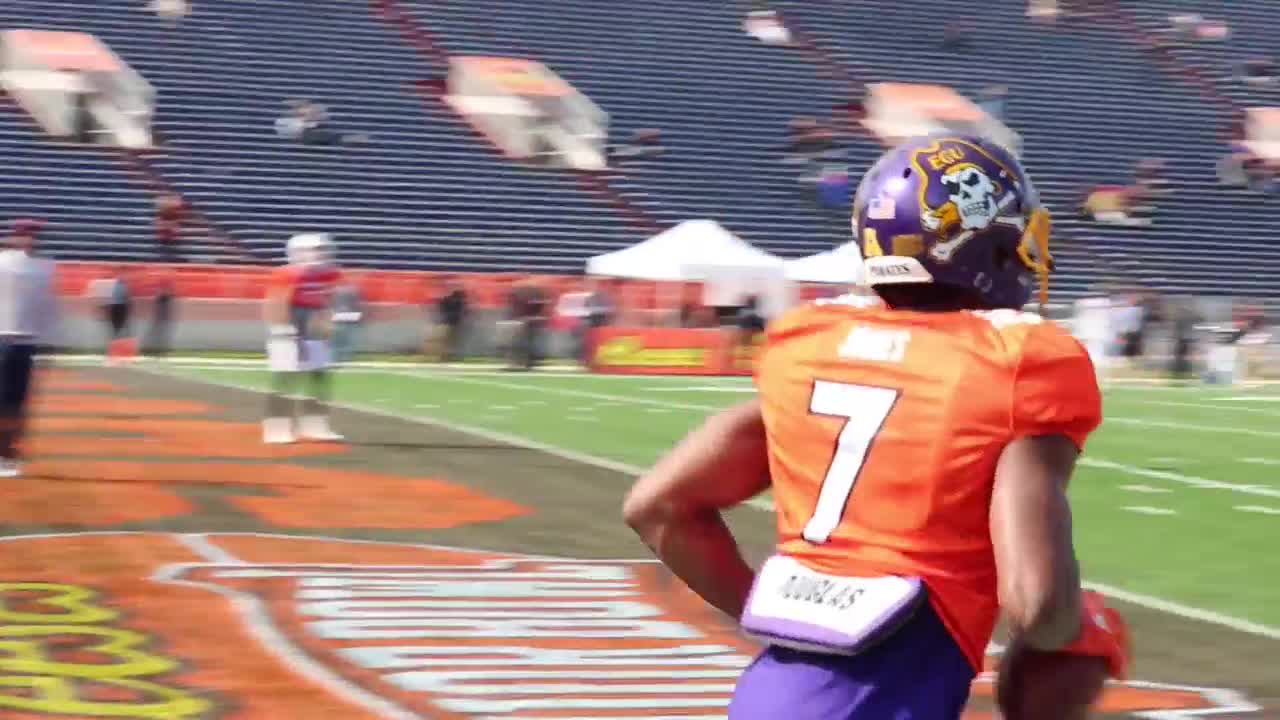 As far as practice is concerned for the 2017 Senior Bowl: It's a wrap. Both the North and South rosters completed their third and final practice for the week, paving the way for only one more major event -- the game itself.

Compared to the first two days of practice, the crowd of GMs, coaches, and scouts thinned considerably, really with the practice week being the last big draw for teams hoping to see something out of these prospects.

While the group wasn't the best in terms of high-end talent, there was a lot of depth available here in Mobile for the practice week. Keeping the Buffalo Bills and their needs in mind, how did the players fare on Day Three?

Five observations from the final day of practice:

1) WR Cooper Kupp steals the show
- As Thursday went on, it became increasingly clearer that Eastern Washington wide receiver Cooper Kupp was just simply a cut above the defensive backs on the field for the North team. Kupp's biggest strength on Thursday was his route running... routinely keeping defenders guessing, including this absolute gem of a route during 1-on-1s:

Oh my Cooper Kupp. The Eastern Washington WR has been great this week pic.twitter.com/vWvOnm6Sj8

Kupp has done quite well for himself in Mobile during the practice week and provides an intriguing Day Two options for teams in need of a wide receiver. East Carolina WR Zay Jones also really looked the part on Thursday. He was quick in and out of his breaks and was catching everything thrown his way. That duo provided a lot of flash on Thursday.

2) Pitt's Peterman the leader of an underwhelming QB group
- If the Bills are looking for a long-term option at quarterback in the draft this year, the six quarterbacks between the two teams really didn't provide much incentive Thursday to dig deeper into their tape. The best of the group was Pitt's Nate Peterman on Thursday, and he told me after practice that the Bills had met with him this week. Now, keep in mind, it's January and meetings around this time of year don't mean much, but the Bills at least sent out a feeler here at the Senior Bowl. Iowa's C.J. Beathard showed a live arm, but also sported some inaccuracy -- a symptom that plagued the other four quarterbacks: Tennessee's Josh Dobbs, Cal's Davis Webb, Colorado's Sefo Liufau, and Antonio Pipkin of Tiffin. They'll all need a much better showing in the game on Saturday.

3) UCLA OT Conor McDermott has a big-time win
- I came into the practice wanting to keep an eye on Troy offensive tackle Antonio Garcia, considering his size (6-foot-7, 300-pounds) and length for the position. However, the guy that really stood out from the South team's practice was UCLA's Conor McDermott. He worked with both the tackles and the guards, but at 6-foot-8 and 310-pounds, he certainly has the length and strength for team's to think about using him at tackle in the league. You combine that, with a rep like this one against Clemson's Carlos Watkins (a projected Day Two selection), he's worthy of a longer look:

4) WRs Robinette (Air Force), Etta-Tawo (Syracuse) struggle
- For size alone, Air Force wide receiver Jalen Robinette really draws your eye to him -- especially when he's standing next to the other wide receivers on the field. His vertical jump is also something to behold because he just skies into the air. However, Robinette really struggled -- and it almost looked as though he was in his own head for much of the practice. He was battling the ball, trying to implement everything that the coaches were telling him, and it all morphed into a day that brought about other receivers shining ahead of him. After a solid day on Tuesday, Syracuse's Amba Etta-Tawo had some difficulties in the last couple of days. He's battling a finger injury, which could explain some of his drops over the last two days of practice. You can't ignore the highlight reel catches he'll make, but I'm sure scouts would have loved to see a little more consistency.

5) Miami (FL) S Jenkins shows off versatility
- As the South took the field on Thursday, Senior Bowl officials announced that Texas A&M safety Justin Evans would not be participating in the practice due to an injury. That was a bit of a disappointment, given that he's one of the more highly-touted safeties and players in Mobile this week. However, it presented an opportunity for someone, and Miami's Rayshawn Jenkins took advantage. Jenkins is a bigger style of safety (6-foot-2, 210-pounds), but you wouldn't have been able to tell based on how well he ran while in coverage. He smoothly broke up a pass for Ole Miss tight end Evan Engram during the first portion of team drills. They also showed he can do more than just cover, by lining him up in the box as a weakside linebacker and having him get after the running game. He's an intriguing mid-round option at the position.

Up Next: The two teams have a walk-through on Friday, which leads up to the game at Ladd-Peebles Stadium on Saturday.