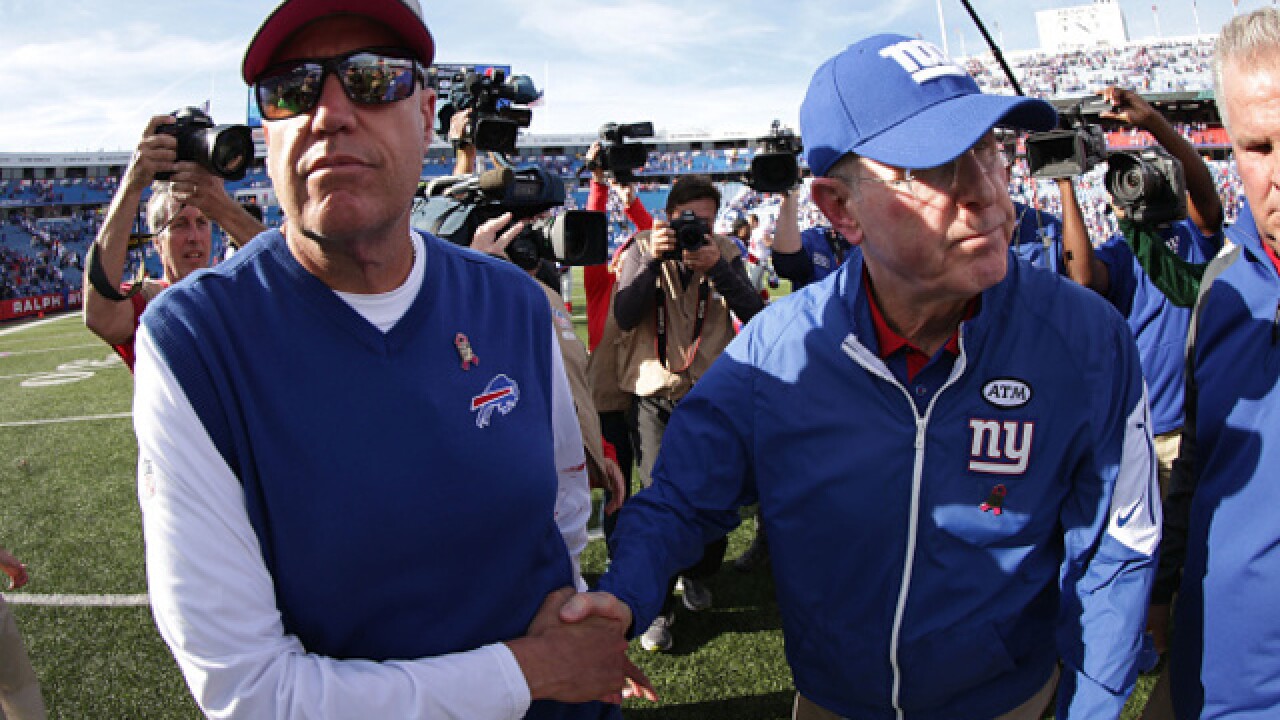 The Buffalo Bills suffered a deflating defeat at the hands of the Kansas City Chiefs on Sunday, putting their record down to 5-6 on the season, and a game behind in the AFC Wildcard race. There was plenty of blame to pass around, with head coach Rex Ryan taking his fair share for the 30-22 loss.

What did he have to say in his Monday afternoon press conference? Five takeaways from what Rex told the media:

1) He didn’t see Maclin play, vows to change challenge process
- One of the heavily discussed and written items stemming from the game were all the failures of the Bills, and more specifically Rex Ryan, of the challenge process during the Chiefs game. There were five separate instances in the game where the Bills made the wrong move, and the head coach didn’t do himself any favors with further explanation. On Monday, Ryan said he had no idea that the Jeremy Maclin 37-yard reception was even in question until he was asked about it in the postgame press conference. How, in the golden age of replay, that it’s possible for the head coach of a team to not know that it was at the very least, a play worthy of challenge consideration, I will never know. However, Ryan did relent and say that the Chris Hogan ‘incompletion’ was one he should have challenged. He still wouldn’t say who was in charge of the replay process, but did say they are going to implement changes to the challenge process. It’s too little, too late for the Bills with the opportunities that were lost against the Chiefs. However, changes sorely need to be made, and it’s at least good to see the Bills are doing what they can to repair the problem.

2) Bradham and Miller won’t play, Mario and Karlos questionable
- The Bills suffered an excruciating loss on Sunday, and now will likely be without at least one more starter on defense against Houston. Starting linebacker Nigel Bradham suffered an ankle injury against the Chiefs, and the Bills are pessimistic on his chances of playing this coming Sunday. Without Bradham, that will force rookie and sixth-round pick Tony Steward into the starting lineup, as A.J.Tarpley was deemed a liability on defense during his time on the field. The Bills will also be without both right guard John Miller and defensive end Alex Carrington. Miller has a high ankle sprain and sat out versus Kansas City as well, and Carrington suffered a knee injury against Kansas City and needed to be carted off the field. The Bills are holding out hope that defensive end Mario Williams, who sat out Sunday with a foot injury, can play in some capacity against Houston. They have similar thoughts on running back Karlos Williams, but are unsure as to the severity of his shoulder injury at this time.

3) Inconsistency reigns supreme in Buffalo
- The head coach of the Buffalo Bills summed it up, quite beautifully and spectacularly, in his address to the media on Monday.

They are maddeningly inconsistent in all four phases: offense, defense, special teams, and coaching. The offense was on the cusp of blowing out the Chiefs one half, and couldn’t move the ball through the air in the second. The defense goes from hitting Tom Brady 10 times the week before, to hitting the mediocre Alex Smith zero times. Ryan said that they need to figure out a way to put pressure on the quarterback without “selling the farm.” With a depleted defensive squad, Rex and defensive coordinator Dennis Thurman have to get creative in how to best employ getting pressure without sending too many players. What Bills team will we see on Sunday? No one really knows, not even Rex Ryan.

4) Aaron Williams’ cloudy update
- The Bills used the designation to return spot of the injured reserve on starting safety Aaron Williams this season, but it doesn’t appear that Williams is on any sort of track to make a return to the team at the moment. Williams was eligible to start practicing last week, but did not. Rex Ryan also said that the safety will not resume practicing this week either, due to the neck injury he suffered at the beginning of the season. If he is cleared Williams could, in fact, return to the team in game action for Week 14 against the Philadelphia Eagles after he fulfills his eight weeks on IR. However, without a plan of action for practice time in sight, they’ll continue to go with what they have. The Bills did say, however, that Williams is making some progress.

5) Kouandjio passed by Mills; Henderson will start
- It was only speculated after the Chiefs game, but Rex Ryan confirmed it on Monday: 2014 second-round pick Cyrus Kouandjio has been passed on the depth chart by Jordan Mills, a former member of the 2015 Detroit Lions practice squad. It’s just another strange turn in Kouandjio’s career, who has been a large disappointment for the Bills to this point. The second-year player was healthy all week and not at all on the injury report leading up to the Chiefs game, and was made one of the team’s three healthy scratches. Mills will continue as the immediate backup to left tackle Cordy Glenn and right tackle Seantrel Henderson. Even though he struggled, Henderson will continue to be the starting right tackle for the Bills this week, according to Rex Ryan. He’ll have his hands full with J.J. Watt, who is one of the best defensive players in the league.