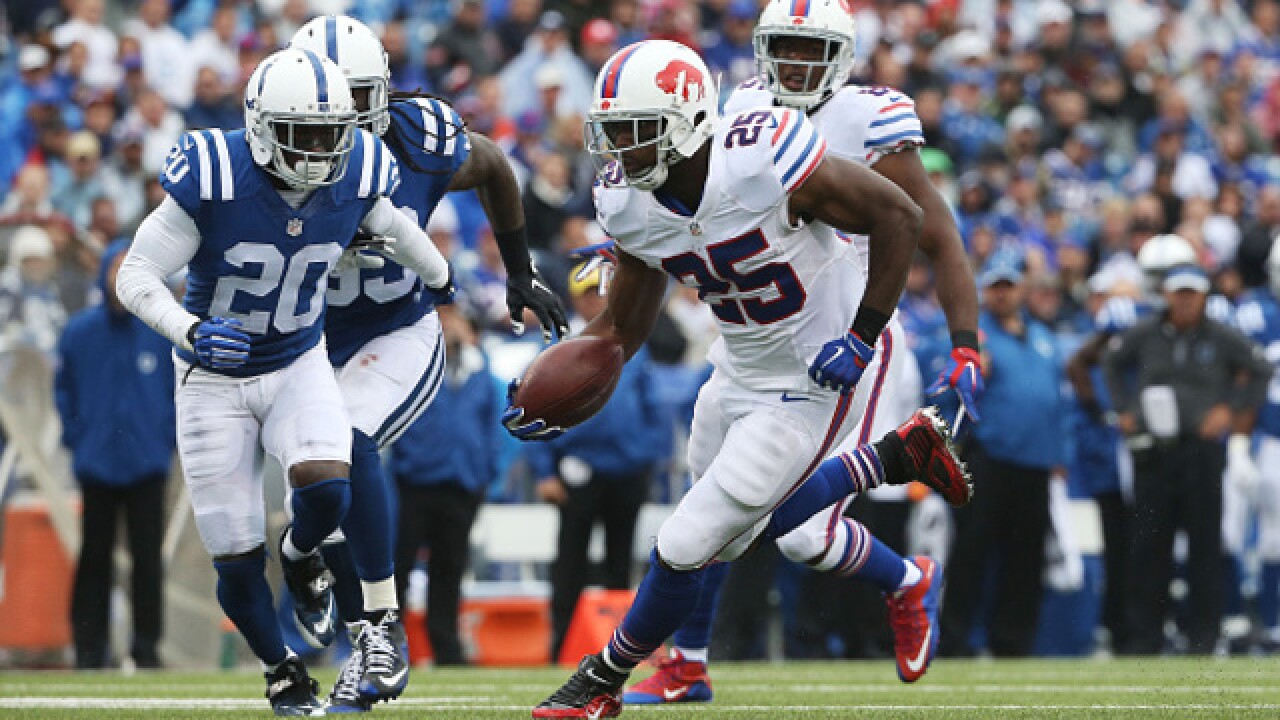 The Buffalo Bills are coming up on one of the biggest matchups of the season with the New England Patriots, and made whatever last-minute changes they could in the final two days of practice.

Here are some things of note from the final two days:

1) McCoy questionable, but, is he really?
- Might the Bills be playing a little coy with the health status of LeSean McCoy? The running back participated on a limited basis on Friday, one day after having to leave the practice early due to soreness in his long-standing hamstring injury. After practice, head coach Rex Ryan said he was “cautiously optimistic” for McCoy to play against the Patriots, but, his teammate threw caution to the wind. Backup running back Karlos Williams told reporters after practice, “He’s not going to miss a big game like this.” Even if McCoy does play, Williams likely figures into to game plan with how effective he played against the Indianapolis Colts. Alas, the chess game continues.

2) Graham gets cleared
- An underrated aspect to the game would have been if Bacarri Rambo had to start at safety in place of the previously concussed incumbent Corey Graham, seeing as how Rambo struggled in coverage during the team’s Week One win. However, worries of that being the case against Tom Brady are no longer in play. Graham has passed through the league’s concussion protocol, practiced in full on Friday, and is “ready to go” according to head coach Rex Ryan. Both Graham’s instincts, and his knowledge of Brady as a player will help the Bills infinitely in the hopes to slow down that passing attack.

3) Might they free Randell Johnson?
- Those that have read yours truly have read about the potential of backup strongside linebacker Randell Johnson, really since Rex Ryan was hired. Johnson has solid pass-rushing ability, has the size teams covet, but was a bit too raw to see the field last year. He looked like he made strides through training camp and preseason, but, the Bills didn’t use him on a single defensive play against the Colts. But, could a change be in the works?

The significance of this video is that Johnson was shadowing every move of starter Manny Lawson during Thursday’s practice, and could signal an enhanced role down the line. Lawson struggled mightily in the first game of the season, and doesn’t provide much as a pass rusher for the Bills. Johnson, if used correctly, could become a weapon for the Bills when they decide to tap into it.

4) Goodwin, Steward take steps
- It’s been quite some time since the Bills had either wide receiver Marquise Goodwin, or linebacker Tony Steward available them to either practice, or play in a game. Both are getting closer, it seems. The Bills had both Goodwin and Steward starting to work along the side with a trainer on Thursday, and that continued on Friday. Rex Ryan said after Friday’s practice that each were making progress and are getting closer to a potential return… and then promptly called Goodwin ‘McRib’ again and poked fun at him for working out without his shirt on. Only Rex.

5) Artificial crowd noise
- The Bills are working under the pretense that Sunday will provide an even louder crowd than what they had at Ralph Wilson Stadium against the Colts. Because of that, the Bills were starting to pump in crowd noise on Friday as they were working inside the stadium.

Crowd noise is already pumping at the Ralph. Get. Ready. #RockTheRalph pic.twitter.com/Qed0mrq4qz

If the Bills have to deal with those “elements,” they want to get out ahead of them. Regardless, no artificial crowd noise in the world will prepare them for just how loud Orchard Park will be on Sunday.