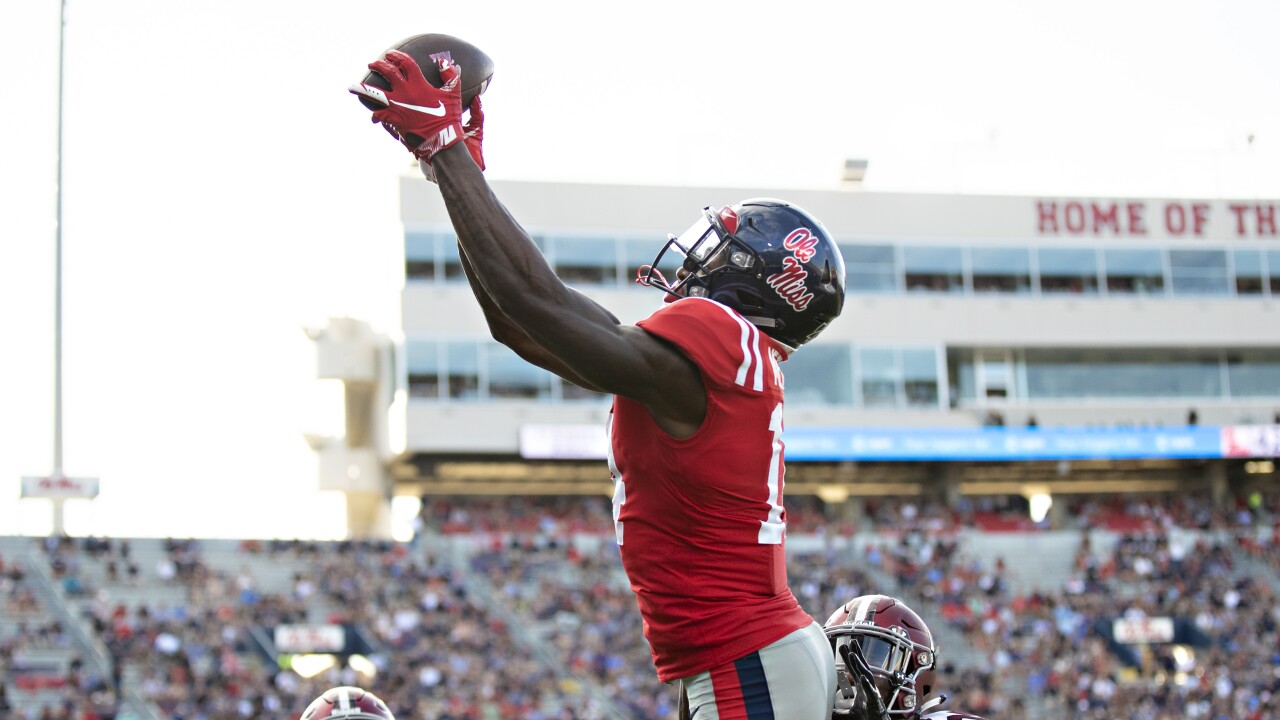 (WKBW) — Day One of the 2019 NFL Draft is complete, and the Buffalo Bills were a bit fortunate to come away with Houston defensive tackle Ed Oliver without surrendering any Day Two selections from their stable of picks. However, will the Bills stand pat through all of Day Two as they did on the first night of the draft?

With seven selections on Saturday, the Bills could show some activity on Friday evening, and it could help them come away with two potential starting players in the process.

My Day Two mock draft, which extends through the Bills final selection of the evening:

40) - WR AJ Brown, Ole Miss
- I tweeted this out on Thursday evening ahead of the draft, but the idea of Ole Miss wide receiver AJ Brown in Brian Daboll's offense is something that I believe can be a phenomenal fit for all parties. Brown, although his timed speed wasn't extraordinary for a player his size (6-feet, 226-pounds), the playing speed he shows on film against good defensive competition stands out by a large margin. Brown was used in the slot by Ole Miss quite a bit, but he also showed the ability to move outside -- which is important for the fit with Buffalo. On top of it all, if the slot winds up being Brown's destination the majority of the time, the one thing he brings to the table that Cole Beasley does not is the strength to fight through would-be tacklers, and the combination of vision and acceleration to rack up yards after the catch even on the shorter routes. Brown is a fantastic route runner and that's how he gains his separation, but he wins both before the ball is delivered and after the ball is in his hands. He is one of my favorite receivers in the draft, and I think he has star potential in the right system. I believe Daboll's system is one that could unearth that.

53) **TRADE (from BAL via PHI) - T/G Dalton Risner, Kansas State
- Bills fans can thank the Raiders and the Giants for the flexibility to be able to do this. By the Raiders drafting Clelin Ferrell, it set forth a domino effect in which Ed Oliver lasted until ninth overall, the Bills were able to keep all their picks without having to move up to get him on their roster, and provided them plenty of ammo to be big time players on Day Two of the NFL Draft. The Bills still have a whopping seven Day Three selections in their hands, and the odds that they keep all of them are slim in my estimation. Simply put, they likely won't have enough spots on the roster for all of their draft selections. So, the Bills take advantage of all of their remaining picks and package together a fourth, fifth, and sixth-round pick to move up and select an offensive lineman in Dalton Risner that could start as early as this season. Along the offensive line, the only thing that's settled is at center with Mitch Morse, which also creates a lot of competition. Risner, who played right tackle at Kansas State, can help there, or he also projects well inside to guard -- a position that has a handful of players without a definitive starter. Risner is an extremely physical blocker that doesn't have the best athleticism of the tackles that you'll find, but he always managed to get the job done for the Wildcats in college. His versatility, his ability, and his personality would be a dynamic fit for the Bills' roster.