How Bills DE Bruce Smith turned it all around 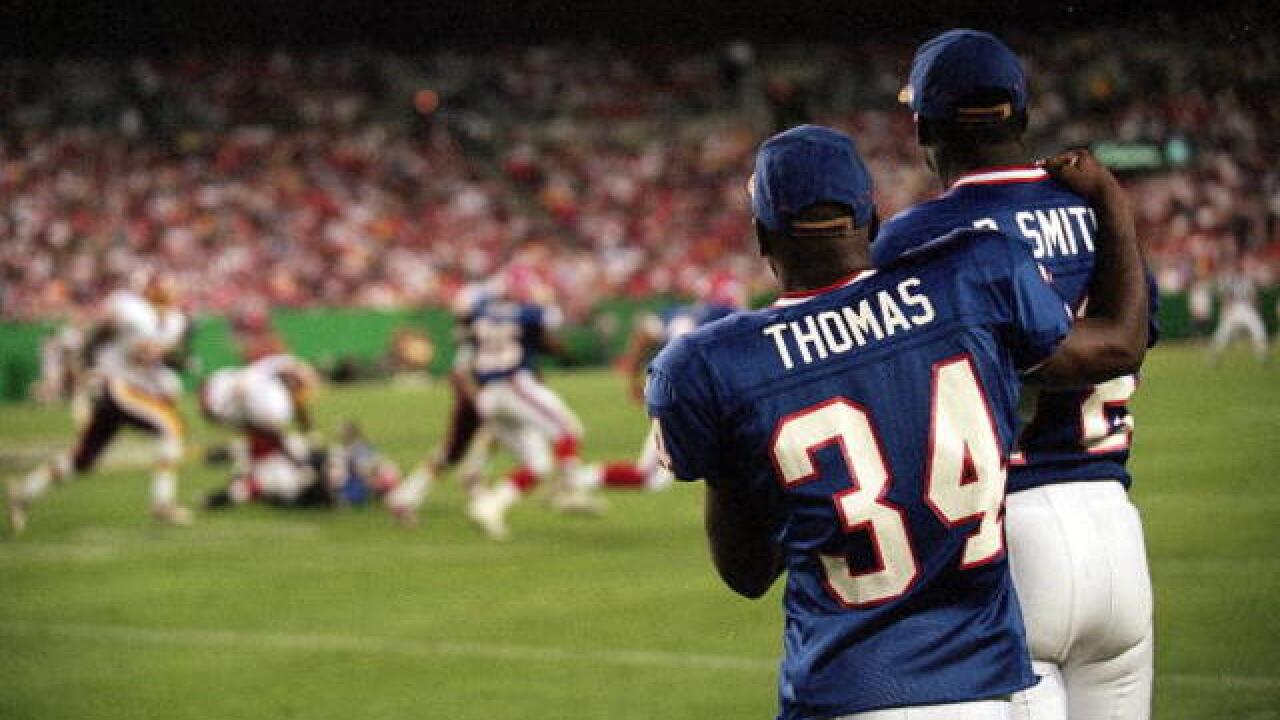 Doug Pensinger
<p>20 Aug 1999: Thurman Thomas #34 of the Buffalo Bills looks on from the sidelines with teammate Bruce Smith #78 during the pre-season game against the Washington Redskins at the Redskins Stadium in Landover, Maryland. The Redskins defeated the Bills 20-19. Mandatory Credit: Doug Pensinger /Allsport</p>

Bruce Smith will always be thought of as one of the best players to ever don a Buffalo Bills uniform. The legendary defensive end is the franchise leader in both career sacks and sacks in a single season -- not to mention, he's the National Football League's all-time leader in sacks as well.

Before that illustrious career really got going, Smith had a bit of a rocky start after being the first overall draft pick. Sure, Smith accumulated 21.5 sacks, but he had certain character flaws that could have prevented him from being the defensive end fathers will tell their children about.

"He was overweight, self-indulgent, didn’t have great practice habits… all of those things," said former Bills head coach Marv Levy, who was hired by the team midway through the 1986 season. Smith was the first overall draft pick in 1985, had a certain degree of success, but then struggled with both conditioning and fitting in.

Then, the 1986 offseason happened, and changed everything for him.

"Two people had quite an impact on turning him around. One was his coveted teammate as it turns out, Darryl Talley, who really sort of gave him that proverbial kick in the butt to get going," Levy started.

"But the other, in the offseason I understand, he went back to Virginia Tech to finish his degree — which was good," the former Bills head coach said. "There he met a woman counselor, who put him on the right track in every respect. And boy, he dropped weight -- with the urgings of her and Darryl -- shaped up, got ready, with his principles changed."

That game-changing female counselor from Virginia Tech. She had a bit of a bigger impact than just that offseason, too.

"He not only turned out to be the greatest player, he married that woman. And what a wife she was — his wife Carmen. So those people had great impact on him, and what a change in his practice habits, his excitement about playing the game… all of those things occurred."

And thus, without those two pivotal people playing a role in Smith's offseason in 1986, perhaps we wouldn't be talking about the Bills retiring his jersey in four months.