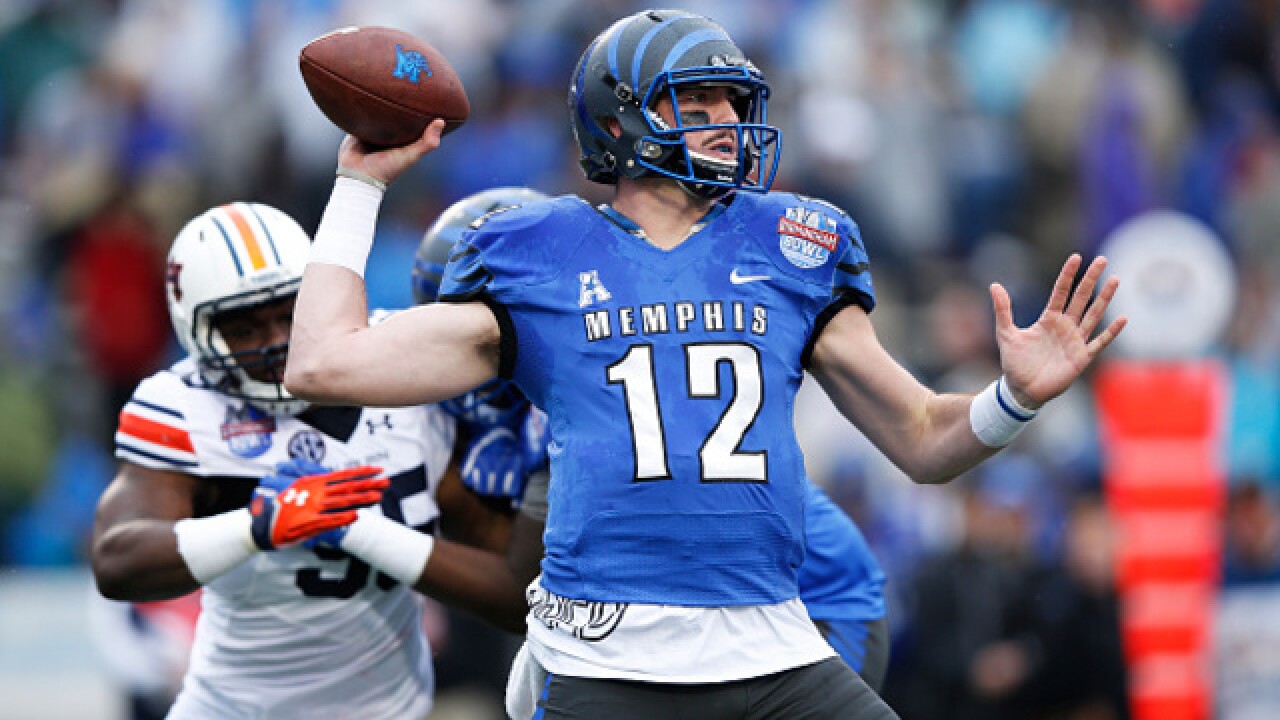 Joe Robbins
<p>BIRMINGHAM, AL - DECEMBER 30: Paxton Lynch #12 of the Memphis Tigers passes against the Auburn Tigers in the first half of the Birmingham Bowl at Legion Field on December 30, 2015 in Birmingham, Alabama. (Photo by Joe Robbins/Getty Images)</p>

It's hard to ignore all the potential that Memphis QB Paxton Lynch has. Size, mobility, arm strength: pic.twitter.com/KvwaF13T95

Why he’s a fit
- The Bills have shown that they can adapt their offense to the quarterback, but with Paxton Lynch, they wouldn’t have to do that. Lynch has the size, mobility, and arm strength teams covet. With a simple flick of the wrist, Lynch can heave it down the field and take advantage of a speed threat like Sammy Watkins. He also has the ability to keep plays alive, and like Tyrod Taylor, keeps his eyes down the field when he does so. With Taylor already in line to be the 2016 starter, there wouldn’t be any rush to get Lynch on the field this season — which is what the quarterback needs.

Why the Bills may shy away
- Simply put, the Bills may not go after Lynch because of the cost. If he’s even there at 19th overall, which is no guarantee given his size-speed-arm strength combination, the Bills would be neglecting adding an impact defender to the fold. While in most years, the line of thinking would be welcomed because quarterback remains the most important position in the game. However, with no certainty past the 2016 season if things do not go well, adding a player with their top pick that likely won’t see the field in his first year, might not be the route they take.

Joe B. Verdict
- With so much importance on this season, and the clear lack of both starters and depth on the defensive side of the ball, taking Lynch at 19th overall might just be too rich of a proposition for the Bills in 2016. If circumstances were different, perhaps he would get real consideration, given that Tyrod Taylor is due to be an unrestricted free agent at the end of the season. However, Lynch has some rare qualities to his game which could be worth their time. Ultimately, the Bills may not even have a chance to draft him, and if they did, they would likely opt for a different position to help the roster right away.