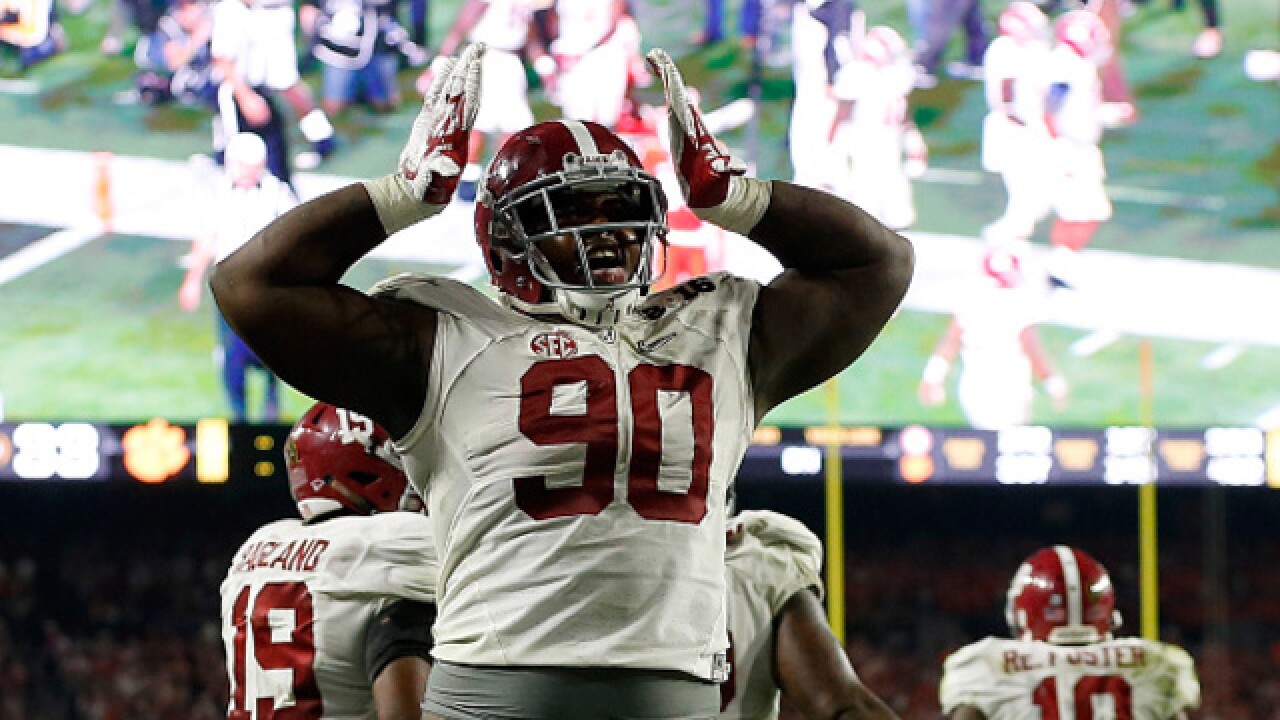 Why he’s a fit
- In his time as a head coach, Rex Ryan has gone to the well of defensive linemen early in drafts. The way the Bills roster is constructed, Ryan could once again bring in a top defensive linemen to help his scheme — it just depends what the Bills are looking for. As it stands now, Marcell Dareus would line up in the middle between Kyle Williams and Corbin Bryant. If the Bills wanted to move Dareus over to defensive end in the scheme, a player like Jarran Reed would make sense. He’s a two-down, run stuffing nose tackle that will help out on early downs, and go to the sidelines when opponents send in smaller personnel. It would allow Dareus to continue his attacking style from the five-technique position.

Why the Bills may shy away
- Although he’s quite proficient at stopping the run, the trouble with Reed is that he wouldn’t be a three-down player for the Bills. Picking him wouldn’t contribute to the versatility along the line that some of the other defensive line prospects would. And while Reed would have to leave the field on obvious passing downs, a different defensive lineman (i.e. A’Shawn Robinson, Sheldon Rankins, Chris Jones, Vernon Butler) would have the ability to stay on the field due to better penetration of the backfield, and more versatility.

Joe B. Verdict
- Picking a player like Reed would certainly carry its own set of pros and cons, but as a highly productive player at a big time university, there is a lot to like with Reed. It really all boils down to which player on the defensive line that the Bills have rated higher, and what part of the defensive line they’d like to address. If it’s a nose tackle they’re after, Reed would be a worthy selection at 19. He’s on the radar with the Bills first round pick.