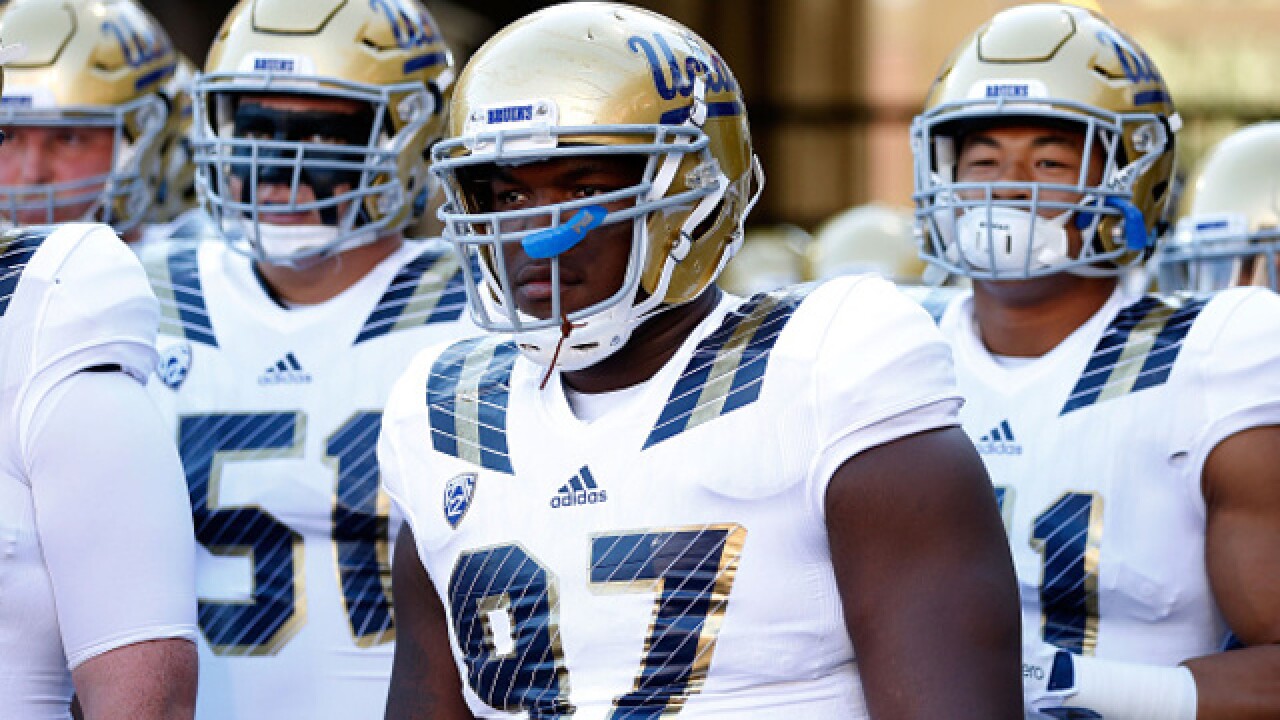 Christian Petersen
<p>TUCSON, AZ - SEPTEMBER 26: Defensive lineman Kenny Clark #97 of the UCLA Bruins prepares to take the field before the college football game against the Arizona Wildcats at Arizona Stadium on September 26, 2015 in Tucson, Arizona. (Photo by Christian Petersen/Getty Images)</p>

Why he’s a fit
- With the Bills on the hunt for young, disruptive, and versatile defensive linemen at some point in the draft, Kenny Clark is a name to keep an eye on. While not as explosive as some other defensive linemen in his class, Clark is a solid run-stuffing option that could allow them to move some pieces around. With his style of play, Clark could play nose tackle, a defensive tackle role in even-man fronts, and he could even dabble as a five-technique defensive end. Clark is only 20 years old, and that will attract some teams to him.

Why the Bills may shy away
- The one thing the Bills lacked in 2015 was what Clark lacks as a player at this point, getting up the field enough to disrupt the passing game. While it doesn’t always fit the description of a nose tackle, having that out of someone who will line up all over the line — especially one that you spend a high pick on — might be a strike against him. His smaller arm length might get some teams to shy away from him as well.

Joe B. Verdict
- The Bills will likely have their pick of better defensive line prospects at 19, and even if they don’t, Clark may be off the board before they’re on the clock at 49th overall. If he lasts all the way to the Bills second round selection, he would be a legitimate consideration to them considering his ability to potentially play nose tackle. Any defensive lineman that can make the entire operation up front a bit more versatile would be a welcomed addition to the Bills, and Clark would certainly do that.