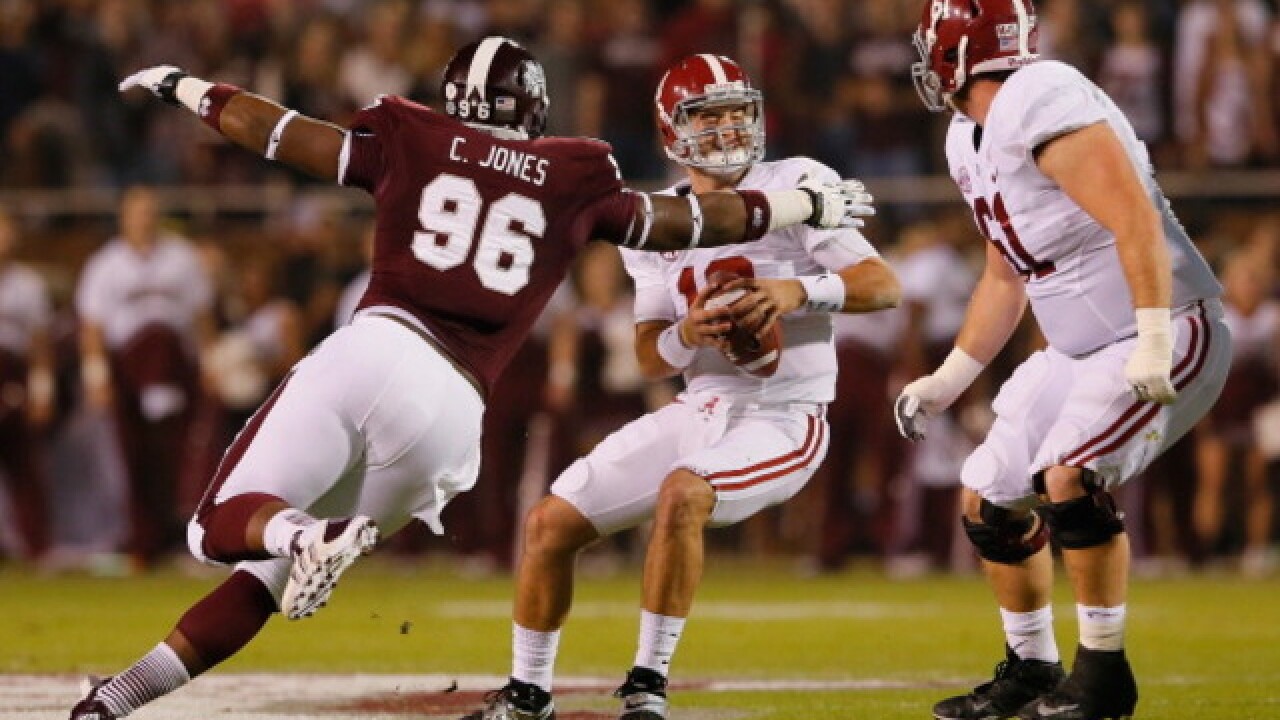 Why he’s a fit
- With the uncertainty of Kyle Williams both this season and beyond, a versatile defensive lineman like Chris Jones could be just what the Bills need to help keep their defensive line fresh as the season wears on. Jones is one of those players that just look imposing in pads, and it’s hard to ignore the potential. He’s a long and powerful player that has great reaction time off the snap, and can disengage from defenders easily. It looks as though he’s also able to play both five-technique defensive end, as well as nose tackle in a 3-4 defense — which would give the Bills flexibility with Marcell Dareus not always having to play the nose.

Why the Bills may shy away
- With other more polished defensive linemen likely to be available to the Bills at 19th overall, it could cause the value of Jones to fall right in between the team’s first two selections. At this point of his career, Jones pops a little too upright at times, has a tendency of leaning on the offensive linemen, and stops pursuit a little bit earlier than you’d like to see. That may turn the Bills away from the idea of drafting him in the first round.

Joe B. Verdict
- Jones is a player with loads of potential, and someone that could end up being a steal if he works hard at his craft. His mix of size and strength could make him into a potential weapon. For the Bills, though, unless he were to fall to 49th overall — and the Bills don’t take a defensive linemen in the first round, it might not end up working out for the two sides. However, Jones has the type of potential that coaches and talent evaluators will drool over, which could push him way up some boards. That’s why he cannot totally be ruled out with the Bills, because he fits their scheme, on April 28.