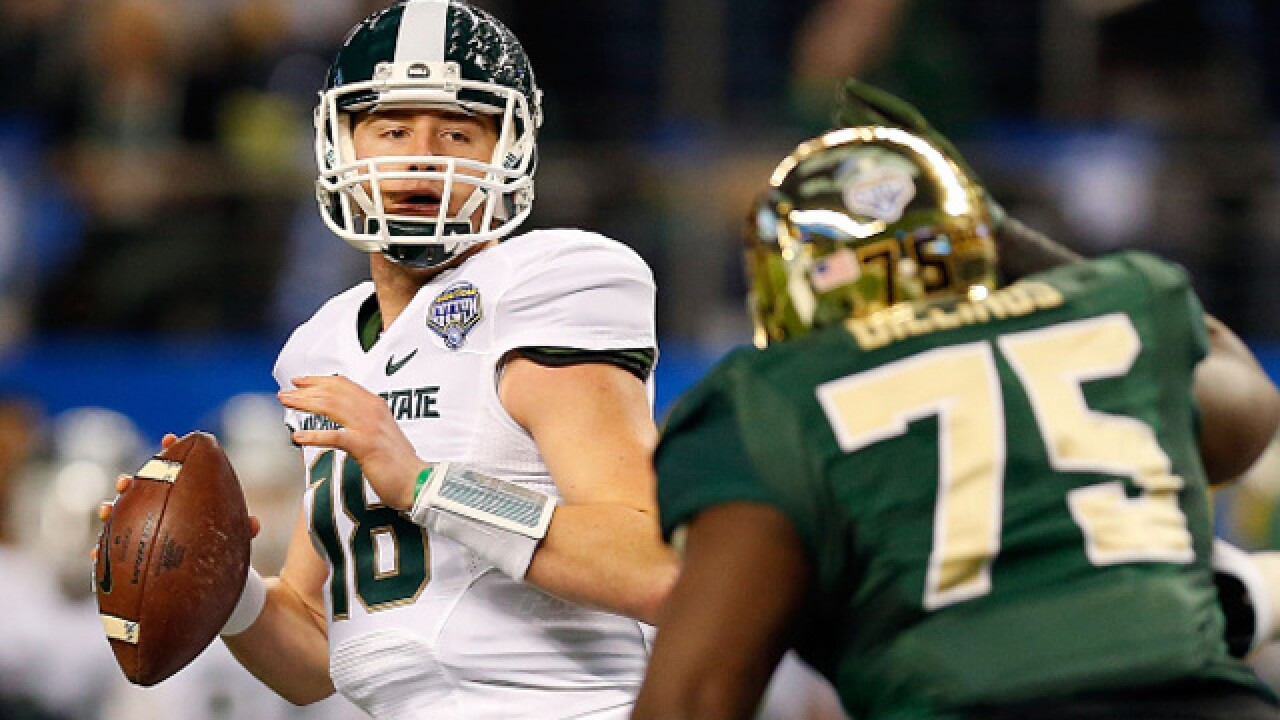 Tom Pennington
<p>ARLINGTON, TX - JANUARY 01: Connor Cook #18 of the Michigan State Spartans drops back to pass as Andrew Billings #75 of the Baylor Bears rushes during the first half of the Goodyear Cotton Bowl Classic at AT&T Stadium on January 1, 2015 in Arlington, Texas. (Photo by Tom Pennington/Getty Images)</p>

Why he’s a fit
- If it’s a run-stuffing nose tackle the Bills are after, Baylor’s Andrew Billings brings quite a bit to the table. He and Alabama’s Jarran Reed are the top two nose tackles available in this draft, and each can help a defense on the early downs right away. Billings is one of, if not the strongest players in the draft, and he uses that to drive unbalanced blockers into the backfield. He’s also quite quick for a man his size, often showing that he won’t give up on a play just because it’s down the field and away from the line. He would slot right into the middle of Rex Ryan’s 3-4 defense, and move Marcell Dareus to a defensive end role.

Why the Bills may shy away
- For similar reasons to Alabama’s Jarran Reed, when NFL players are asked to do more and more — with the rewards going to the most versatile of players — those that are less versatile tend to be valued less. Billings is as strong as anyone in this draft, but, if he can’t stay on the field all three downs like some other defensive line prospects can, and he’s not much of an option to play defensive end in the 3-4 like some are (33-inch arm length),  that could limit the looks they could give an opposing offense. The more a player can do and the more he can stay on the field, the more valuable he is in something like an NFL Draft.

Joe B. Verdict
- Even with the concerns over a slightly smaller role than some other defensive line prospects, Andrew Billings remains an enticing option for the Bills. He, like Reed, is an old-school throwback style of player — and Rex Ryan certainly likes the presence of those types of players on his roster. Besides the versatility factor, the only thing that could hold the Bills back from taking a defensive lineman in the first round is due to how many good players there are available this year. Even still, with his strength and freaky athleticism, put Billings on the list of potential first-round draft picks when they're on the clock at 19.