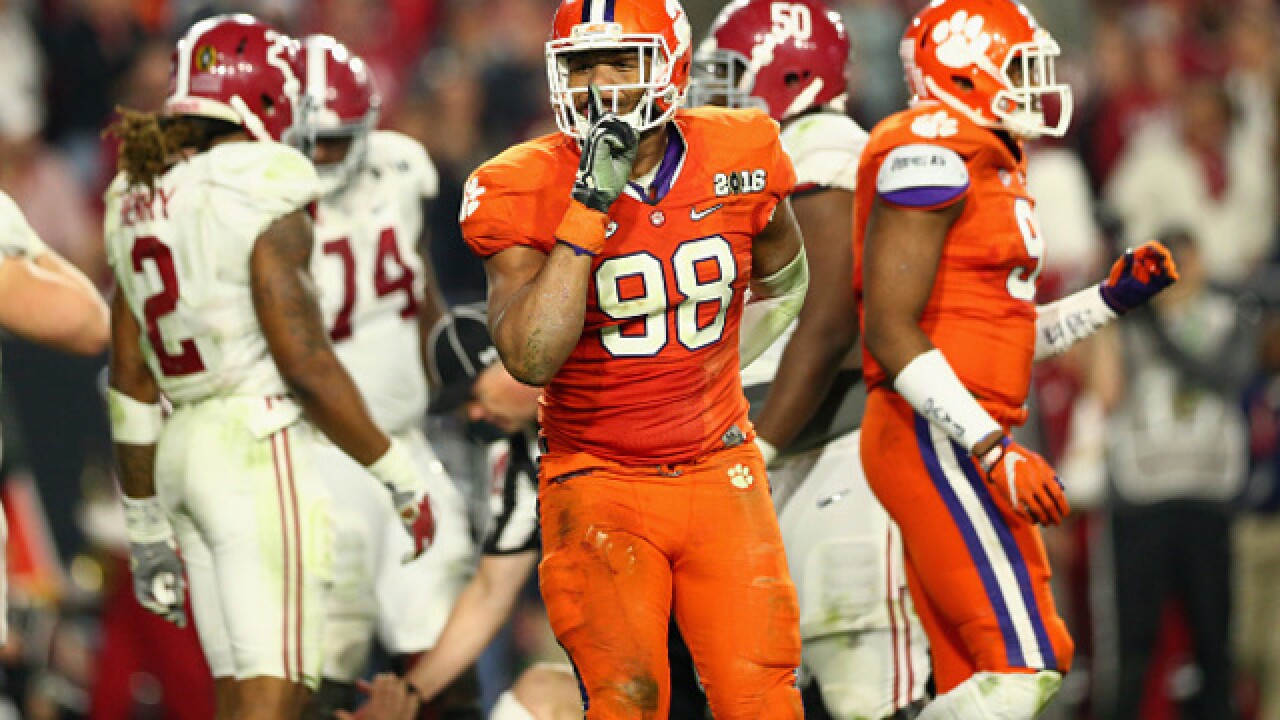 Ronald Martinez
<p>GLENDALE, AZ - JANUARY 11: Kevin Dodd #98 of the Clemson Tigers reacts after a play in the second quarter against the Alabama Crimson Tide during the 2016 College Football Playoff National Championship Game at University of Phoenix Stadium on January 11, 2016 in Glendale, Arizona. (Photo by Ronald Martinez/Getty Images)</p>

What a pair these two were at Clemson. Same game, DE Kevin Dodd sacks the QB while still being blocked. My goodness pic.twitter.com/IIJMjyqqUi

Why he’s a fit
- In need of some more pass-rushing punch, Kevin Dodd would fit in with the Bills around the same role as Manny Lawson is ready to assume in 2016. It will likely end up being a defensive end/outside linebacker hybrid role, where many of the responsibilities will reside in edge contain, and out in the flat areas for coverage. Unlike Lawson, though, Dodd will conceivably add more in getting after the quarterback than the slotted starter, which would add a new dimension to Rex Ryan’s defense.

Why the Bills may shy away
- It’s less about the player, and more about the role. The Bills rave about Manny Lawson and how smart of a player he is, but in reality, Lawson —barring injury — will only be on the field for less than 50-percent of snaps. The NFL is going to more three-wide receiver sets, which brings out nickel packages over half the time. When that happens, Lawson gets replaced by a cornerback. So to draft Dodd, with Lawson already on the roster, and in a less than half-the-time role, the Bills may opt to draft elsewhere.

Joe B. Verdict
- There is little doubt that the Bills could use some additional help in pressure from the edge, and Dodd would help in those efforts. However, with all the other areas on defense that could be of higher impact in the upcoming season, the Bills could opt to go elsewhere with their first pick. One can’t rule out Dodd at 19th overall because of his potential, and the ability he flashed in his one season of starting.