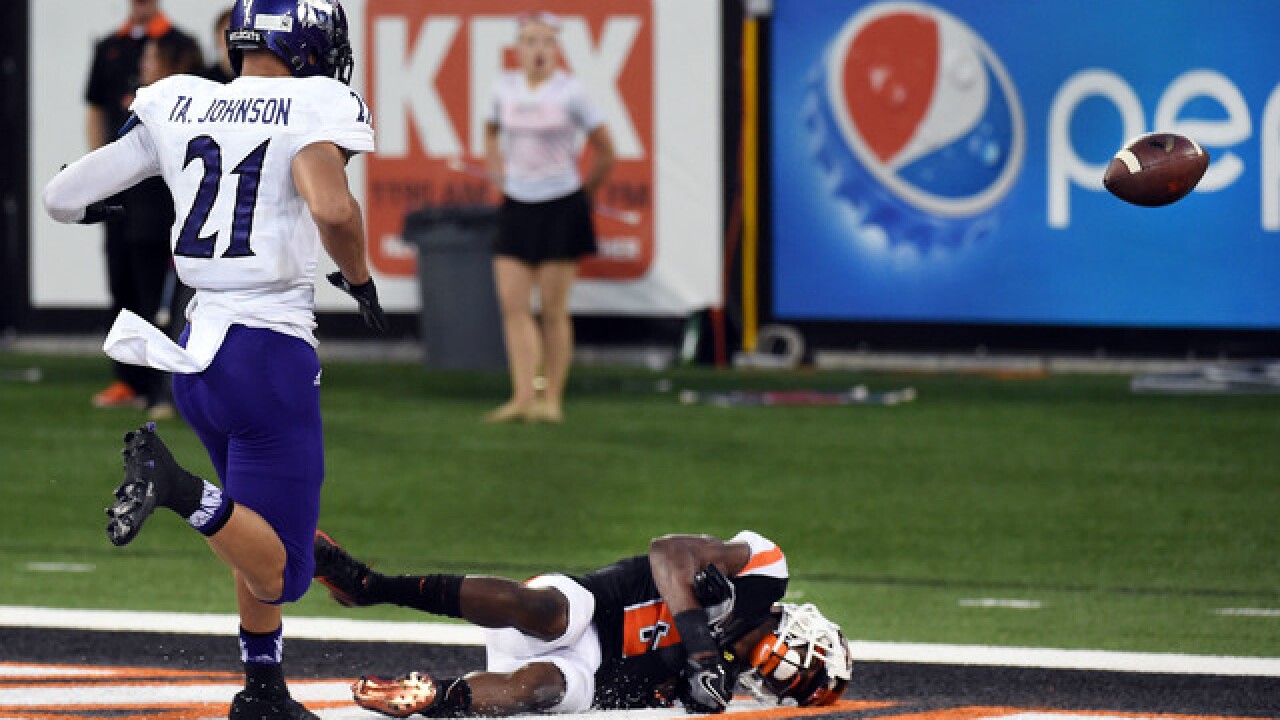 Copyright 2018 Scripps Media, Inc. All rights reserved. This material may not be published, broadcast, rewritten, or redistributed.
Steve Dykes
<p>CORVALLIS, OR - SEPTEMBER 04: Wide receiver Victor Bolden #6 of the Oregon State Beavers can't hold onto a pass as cornerback Taron Johnson #21 of the Weber State Wildcats defends during the fourth quarter of the game at Reser Stadium on September 4, 2015 in Corvallis, Oregon. (Photo by Steve Dykes/Getty Images)</p>

The Buffalo Bills began Saturday's final day of the NFL Draft by taking a cornerback.

The Bills drafted Taron Johnson out of Weber State 121st overall with their first and only pick in the 4th round.

Johnson started as a true freshman for the Wildcats. During his senior season, he recorded 49 tackles, three for loss, two sacks, three interceptions and a team-high nine pass breakups. He earned first-team AP All-American and first-team All-Big Sky honors.

He joins QB Josh Allen, LB Tremaine Edmunds and OL Harrison Phillips in the Bills' 2018 NFL Draft class. The Bills are set to make four more picks throughout the day: two fifth rounders, one sixth rounder and one seventh rounder.

At this point in the draft, the selection process becomes less about perceived needs and more about finding players that project well to a team's individual scheme, and has a chance for success down the line. When the team can blend the two, it makes for a solid situation for that player -- and that was the case with the Bills and Taron Johnson.

At 5-foot-11, 192-pounds and 30 and 7/8-inch arms, Johnson projects physically to a nickel cornerback in Sean McDermott's defense. Upon talking to him on the conference call, Johnson confirmed that it was the initial role that he thought the Bills might want from him.

Nickel cornerback, since the Bills did not re-sign Leonard Johnson this offseason, has remained a need for a player to win the job. Now, Johnson will compete with Phillip Gaines and perhaps a couple of other players through the spring and summer to determine who will play a fairly significant role based on how much defenses are in their nickel defense in today's NFL.