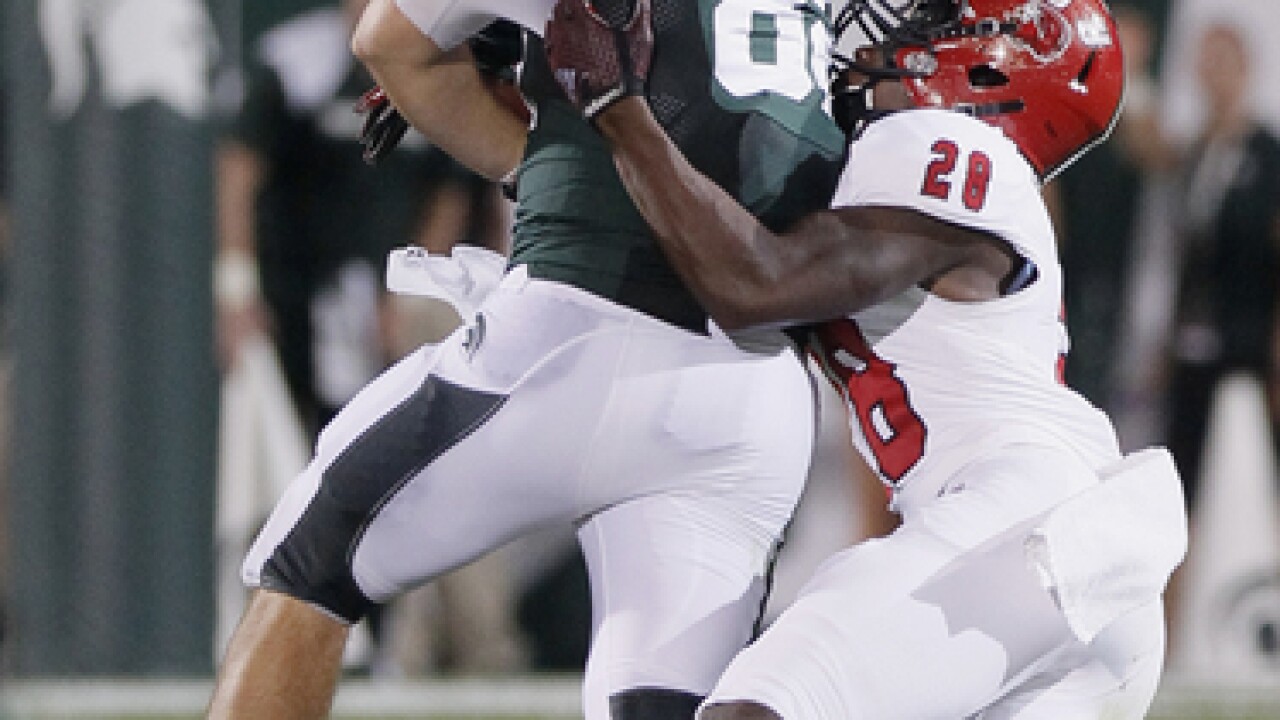 Copyright 2018 Scripps Media, Inc. All rights reserved. This material may not be published, broadcast, rewritten, or redistributed.
Duane Burleson
<p>EAST LANSING, MI - AUGUST 29: Tight end Josiah Price #82 of the Michigan State Spartans is tackled by safety Siran Neal #28 of the Jacksonville State Gamecocks on a 32-yard reception during the second half at Spartan Stadium on August 29, 2014 in East Lansing, Michigan. Michigan State defeated Jacksonville State 45-7. (Photo by Duane Burleson/Getty Images)</p>

After drafting a cornerback in the 4th round of the 2018 NFL Draft, the Bills added another player to their draft class on Saturday.

Siran Neal of Jacksonville State was taken 154th overall in the 5th round of the NFL Draft on Saturday.

Neal initially played safety during his redshirt sophomore season and was moved to linebacker as a junior. During his senior year, he was moved once again, this time to cornerback. Last season, he made 39 stops, one interception and had a team-high 11 pass break-ups.

Utilizing a clear 'best player available' strategy, the Buffalo Bills went for another defensive back on Day Three of the draft. And even though safety was a perceived strength on the roster, the Bills still needed a fourth player to develop to round out the position.

That's where Siran Neal came into play, who represents another explosive athlete that the Bills have brought in through the draft process. Neal posted a 40.5-inch vertical jump during the pre-draft process, and as they attempt to develop him, he'll need to earn his spot on the roster by showing ability on special teams.

At this point in the draft, it's less about need, and more about just finding players that teams think could have the potential to stick past a season or two. Neal will learn from a couple of solid players in Micah Hyde and Jordan Poyer and attempt to create quality depth -- something the Bills lacked at safety in 2017.