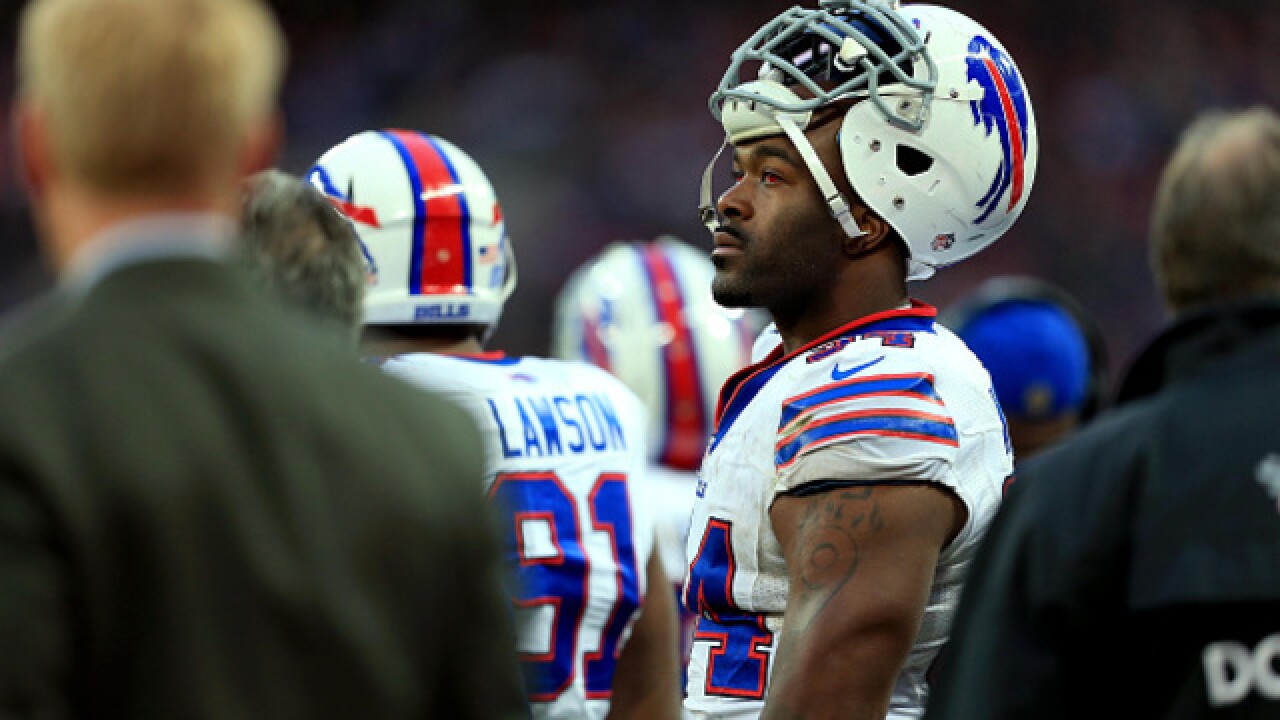 Stephen Pond
<p>LONDON, ENGLAND - OCTOBER 25: Mario Williams #94 of the Buffalo Bills looks on during the NFL game between Jacksonville Jaguars and Buffalo Bills at Wembley Stadium on October 25, 2015 in London, England. (Photo by Stephen Pond/Getty Images)</p> 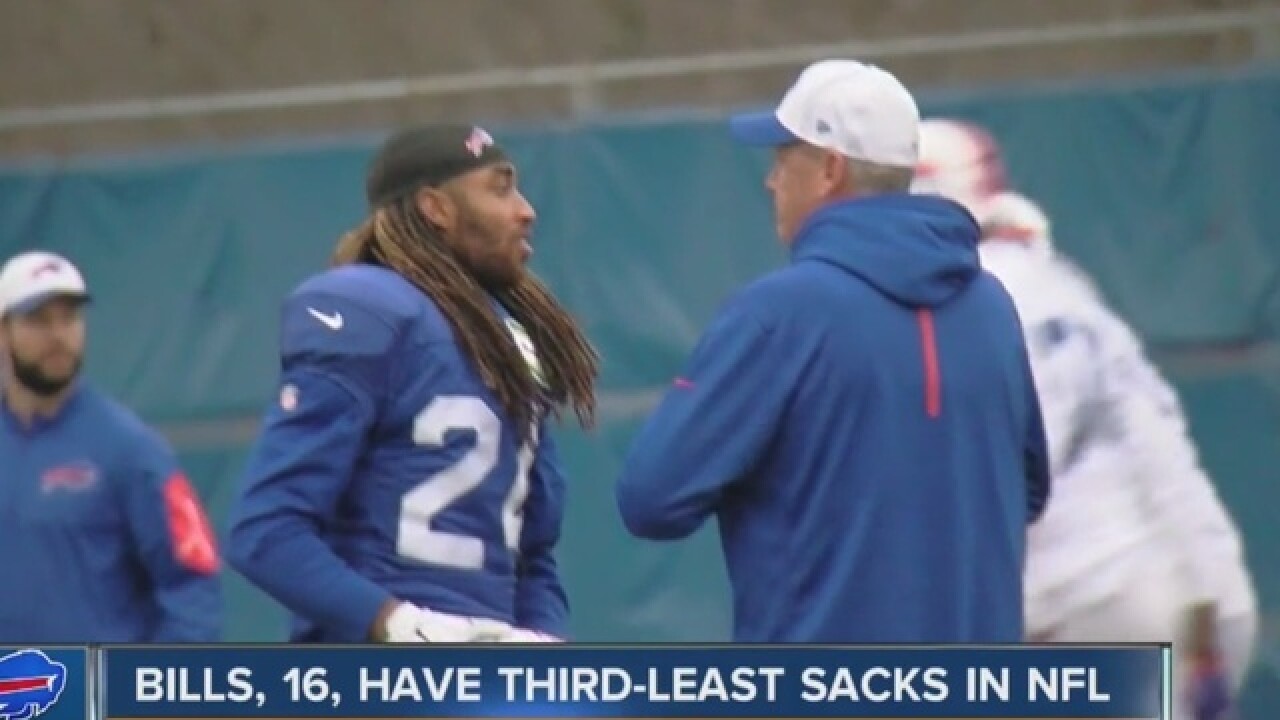 The Buffalo Bills have an important challenge coming up in their game against the Houston Texans on Sunday. What happened as they kicked off the practice week at One Bills Drive?

1) Mario Williams returns, but limited
- The numbers on the pass rush have been a focal point since the end of the game against the Kansas City Chiefs. The Bills are tied for the third-lowest total of sacks in the league with 16, they have 30 less than they did after 11 games in 2014, and frustration has been mounting from all parties. Last week against the Chiefs, the Bills had only two of their main starting defensive linemen in Jerry Hughes and Marcell Dareus. That duo was double-teamed, and even at times triple-teamed for much of the contest, leaving the replacement players to win the one-on-one matchups. It wasn’t working, and as a result, the Bills couldn’t get any heat on Chiefs quarterback Alex Smith. That’s why the Bills are pushing to get defensive end Mario Williams back on the field this weekend against the Houston Texans. Williams practiced on a limited basis, and all the Bills would say is that they are hopeful to get him back for the game. More will be told by the end of the week, but for the time being, it’s still up in the air.

2) Bills have no plans to change corner philosophy for Nuk
- The Bills will be up against one of the most dynamic wide receivers in the NFL this season in Houston’s DeAndre Hopkins, and the Texans certainly aren’t shy about throwing him the ball. The 23-year-old has already roped in 81 receptions for 1,081 yards and nine touchdowns, and the Texans are forcing the ball his way whenever they can. For the first time in 2015, Bills rookie cornerback Ronald Darby struggled a little bit. Darby was beat for two touchdowns against Kansas City, which leads to some natural speculation about whether or not the Bills will change up what they’ve been doing a bit. To this point in the season, they’ve been going about life on defense assigning the left side to Darby, and the right side to Stephon Gilmore. Despite Darby’s recent struggles, we won’t be seeing Gilmore shadowing Hopkins on Sunday — and Gilmore admitted that much after practice. The Texans like to line him up all over the field, so both players will be getting their fill.

3) Duke Williams getting some first-team time
- Over the past two weeks, Duke Williams has gotten a total of seven snaps on defense — a far cry from his earlier output, and even his expected output as the team approached training camp last summer. Due to another injury, Williams was once again in the secondary getting some time with the first-team defense. Bacarri Rambo could not participate in practice, and even though Leodis McKelvin has helped in recent weeks, the Bills still opted to have Williams running with the first team. Rambo’s status will be monitored through the rest of the week, because he would start if he is healthy and ready to play.

4) NFL tells Bills that Robey penalty wasn’t accurate
- In the second quarter against the Chiefs, there were two drives that got Kansas City right back into it, and both may not have happened without questionable calls by the officials. On the first, Jeremy Maclin caught a 37-yard pass, but replays show that it would have been ruled incomplete had the Bills used a challenge on it. On the next play, the Chiefs scored a touchdown. Later in the quarter, Nickell Robey was whistled for a pass interference penalty that brought the Chiefs closer to the end zone. The next play, they took a shot down the field and scored a touchdown on it. Robey was critical of the call after the game, and as it turns out, it was justified. The NFL told one of his coaches, to which that coach relayed the message to Robey, that the pass interference penalty was incorrect and should have never been called.

5) Glenn limited, Henderson misses practice
- The Bills had to go through the practice day without a full stable of offensive tackles. Left tackle Cordy Glenn had to be limited due to a back injury, while starting right tackle Seantrel Henderson was nowhere to be seen on the practice field. He missed the day due to an illness. Without Henderson, that pushed Jordan Mills into getting work with the first-team, while Cyrus Kouandjio continued to back up Cordy Glenn at left tackle just to get reps on the field. Kouandjio is still firmly behind Mills on the depth chart. As far as right tackle goes, it doesn’t matter who plays, because whoever does will have their hands full with Houston’s J.J. Watt.