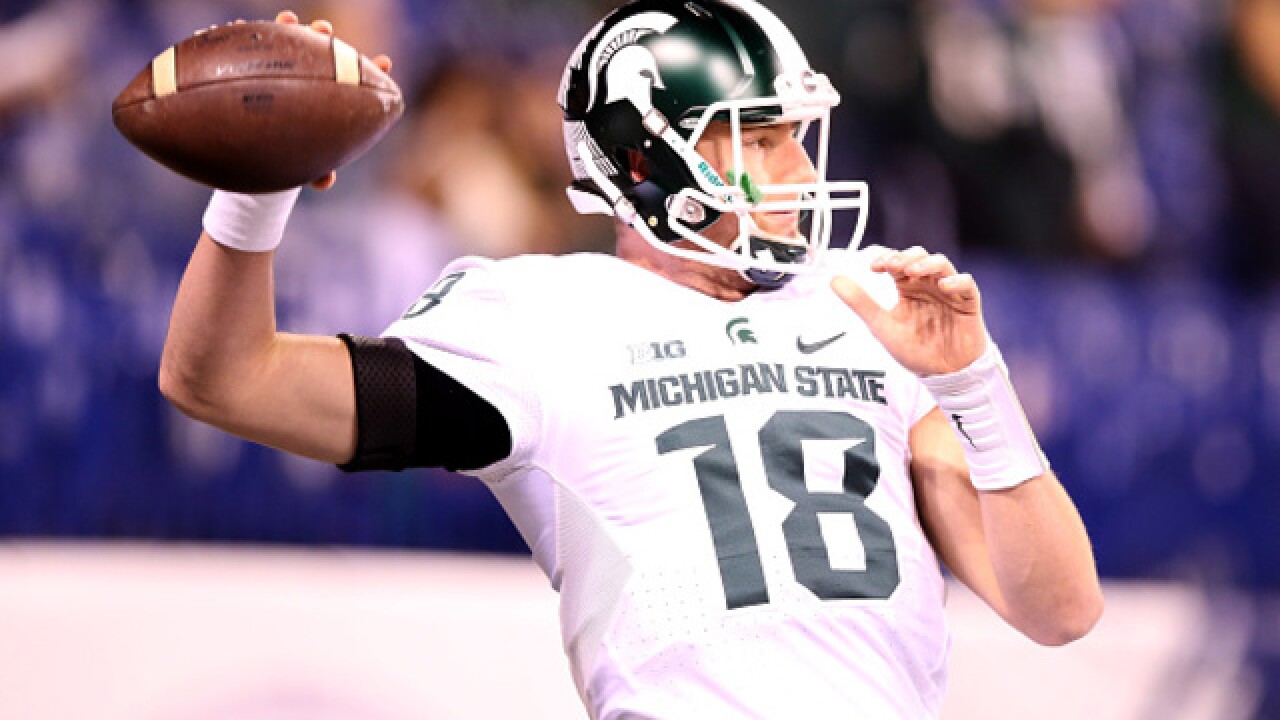 Andy Lyons
<p>INDIANAPOLIS, IN - DECEMBER 05: Connor Cook #18 of the Michigan State Spartans warms up before the game against the Iowa Hawkeyes in the Big Ten Championship at Lucas Oil Stadium on December 5, 2015 in Indianapolis, Indiana. (Photo by Andy Lyons/Getty Images)</p>

The first round is in the books, and with the 19th overall selection the Buffalo Bills picked Clemson edge rusher Shaq Lawson to fill an immediate need. Even with Lawson, the Bills still have some clear needs on the defensive side of the ball.

However, on Day Two of the draft and beyond, teams start to draft less for need and try to find the most talented player available on the board that fits their scheme. For the Bills, that means they could look to the offensive side of the ball at some point on Friday.

How might it all look when Friday night is said and done? A look at how Day Three could pan out:

- This pick holds true from my final mock draft. The Bills didn't address their defensive line in the first round and instead opted for a pass-rushing linebacker in Shaq Lawson. In the second round with plenty of good defensive linemen slipping into Day Two, the Bills are holding on to hope that one of those players -- specifically someone like nose tackle Jarran Reed -- will be there for them by the time they're on the clock. With two fourth-round picks, I could even see the Bills trying to move up in the second round to secure one of the more established defensive linemen, but Bronson Kaufusi is a compelling prospect as well. He has great size (6-foot-6, 285-pounds) -- and some believe he can get even bigger, he has great length to be a five-technique defensive end, and shows fantastic speed and movement ability for a man his size. The Bills might also consider USC linebacker Su'a Cravens here with this pick, along with some consideration for a wide receiver as well.

- The Bills could try to wait on a quarterback until their initial selection in the fourth round, but it all depends on how the board falls. The early rush for quarterbacks in the second round, and then Dak Prescott going off the board might force their hand a bit. I was quite close to giving them Wisconsin inside linebacker Joe Schobert at this spot, but ultimately landed on the potential high yielding Cardale Jones. The situation is perfect for the 6-foot-5, 253-pound quarterback to come in and just learn from everyone else -- and to not be expected to play in any capacity in 2016. I could definitely see them trying to maximize their value, wait it out, and try to select a linebacker, wide receiver, or safety at this spot. However, if they are as interested in Cardale Jones as I think they are, they might not want to wait on him. And besides, no one is going to lose their job over a third round pick of a quarterback. If they do wait on a quarterback, Kevin Hogan is the name to watch if someone scoops up Jones.