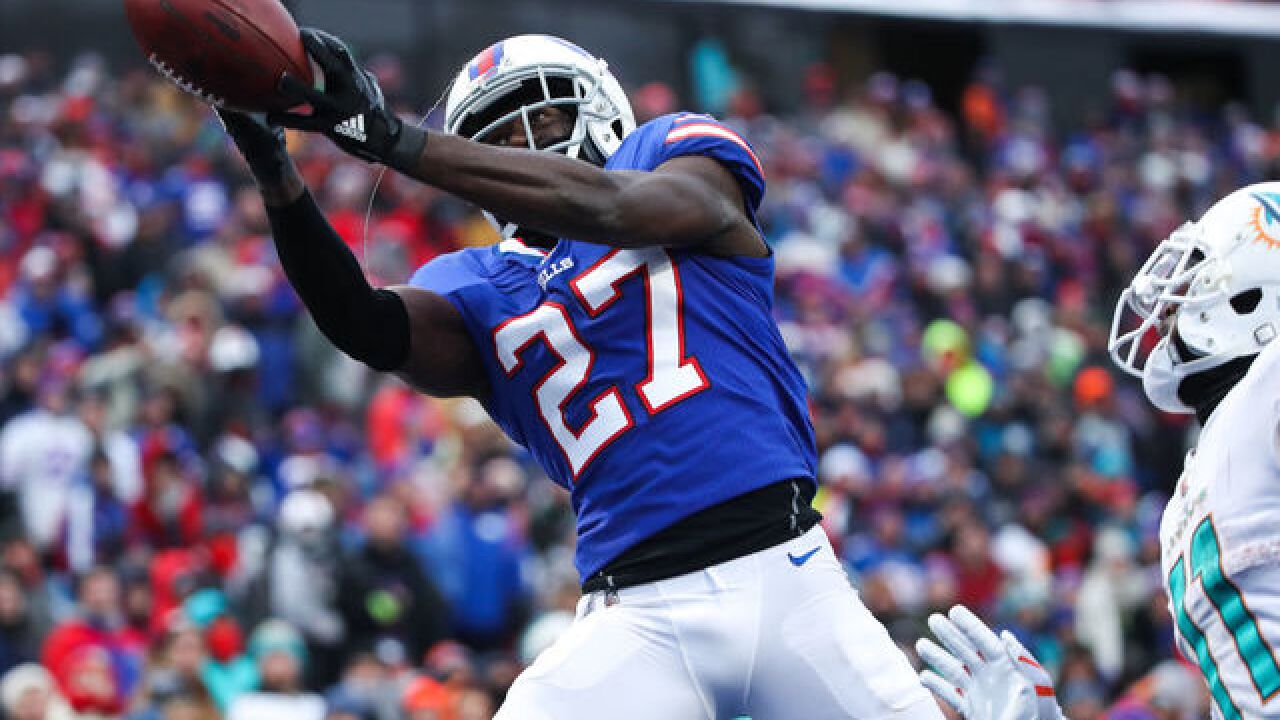 Copyright 2017 Scripps Media, Inc. All rights reserved. This material may not be published, broadcast, rewritten, or redistributed.
Tom Szczerbowski
<p>ORCHARD PARK, NY - DECEMBER 17: Tre'Davious White #27 of the Buffalo Bills attempts to intercept the ball during the fourth quarter against the Miami Dolphins on December 17, 2017 at New Era Field in Orchard Park, New York. (Photo by Tom Szczerbowski/Getty Images)</p> 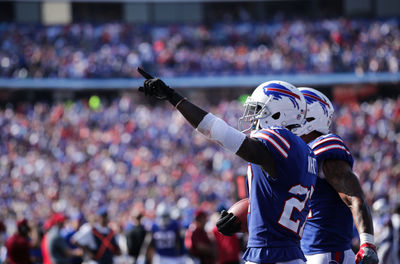 Why he’s here:
- It was about as successful a rookie season as you could find in the NFL in 2017 for Tre'Davious White. He went from a late first-round selection into an instant starter with the Bills, and then into one of the best starters on the entire team. He took to Sean McDermott's defensive scheme so well with his blend of speed, athleticism, and length, and became a shutdown player for them. Still only 23 years old, the future is bright for White as he has the potential to become one of the best at his position in the league. If White can continue to show that he can complete the play and intercept passes as he did in 2017, he could be at or around this position on the countdown for a long time to come.

2018 outlook:
- White will resume his role as the top cornerback on the roster and now can shadow the opposing team's top target if that's what is best for the Bills defensively. The biggest thing he'll need to battle this season is potential complacency from early success, but to this point, his coaches think that isn't even a part of the equation. His presence in the starting lineup helps give the Bills one of the best secondaries in the league and one of the top 10-to-15 cornerbacks -- based on how he played last year -- in the NFL.