Buffalo Bills re-up with Kyle Williams for one more year 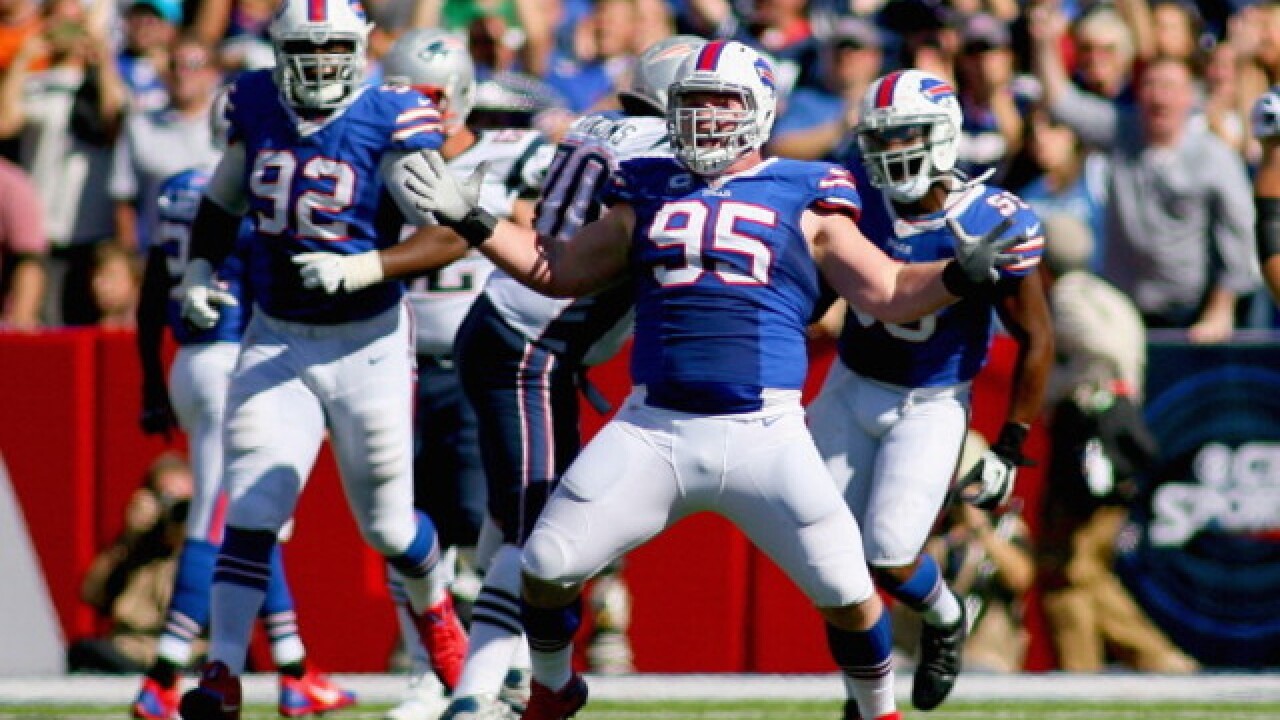 The Buffalo Bills had hoped all along that their leader from the 2017 season, defensive tackle Kyle Williams, would return to them for at least one more season as they chased more than just a spot in the playoffs.

One day before free agency was set to start, the Bills are bringing the longtime player back to Buffalo for the 2018 season. The franchise announced on Tuesday afternoon that Williams would, in fact, return to the Bills on a one-year deal.

According to Ian Rapoport of NFL.com, the contract is worth a total of $6 million -- $5 million which is fully guaranteed. Williams slots in as one of the starting defensive tackles in the season, and he'll be lining up next to the player that the Bills reportedly agreed to terms with earlier on Tuesday, defensive tackle Star Lotulelei.

Williams, who turns 35 in June, will spend his 13th season with the Bills in 2018. He has been a starter for all 12 of his previous seasons.

- The heart and soul of the Buffalo Bills has returned to the team for the 2018 season. It's an important signing for many reasons, but it can be boiled down to two main ones.

First, from an on-field perspective, the signing locks up a starting spot on the defensive line at one of the biggest positions of need for the 2018 season. Williams will once again play along the line as the three-technique in Sean McDermott's defense, who is mainly responsible for creating pressure from the interior positions -- a vital component to the overall success of the defensive line.

Although Williams had a dip in production in 2017 due to age as opposed to previous seasons, he was still a more than capable starter for the Bills and will continue to serve as a key piece for them in the upcoming season. Williams, along with the soon-to-be free agent signing of Star Lotulelei, makes up for the Bills' starting defensive tackle tandem for the 2018 season.

Second, and perhaps more important, this is a huge signing for the work that head coach Sean McDermott is trying to do within his roster and locker room. McDermott feels very strongly about the leadership that Williams provided, and he was a key reason that the entire roster bought into everything last season which helped them ultimately go on the run late in the year that helped pave the way for the franchise's first playoff appearance since the turn of the century.

Especially with Eric Wood no longer being allowed to play football, there was a void of that overwhelming leadership voice heading into the 2018 season, and with Williams, McDermott and GM Brandon Beane can continue along in their vision of the type of accountability and family-like locker room that they so crave. Williams will be vital in this area.

However, this is merely a short-term fix for a position that still must be addressed. While yes, Williams will serve as the starter opposite Lotulelei for the 2018 season, an infusion of youth is still needed -- especially where Williams plays in this defense. With how important the three-technique position is to McDermott's defense -- think of Kawann Short's role in Carolina -- the Bills should still heavily consider drafting a player that can help generate pressure up the middle in the second, third, or fourth round of the 2018 NFL Draft.

While it will provide solid depth at that position which is something that the Bills lack, it will also give the Bills someone that can be groomed by Williams for when the soon-to-be 35-year-old is done and ready to retire from the NFL. Luckily for the Bills, this defensive tackle class is loaded, and they should be able to find one with potential in one of those aforementioned rounds.

With how much the roster will be overturned heading into the 2018 season, it's critical to have a piece like Williams in the locker room so that the young players, who will ideally be the flag bearers for the Bills once the defensive tackle does retire, can learn from and get that sense of accountability and a family-like mentality within the locker room. And if the Bills get their way in the 2018 NFL Draft, one of those might very well be the franchise quarterback they draft in the first round.

The Bills have often said that they're building for both the short and long-term, and this move to bring back Williams embodies that line of thinking perfectly.