Buffalo Bills QB Josh Allen can jump, and Twitter can't get enough of it 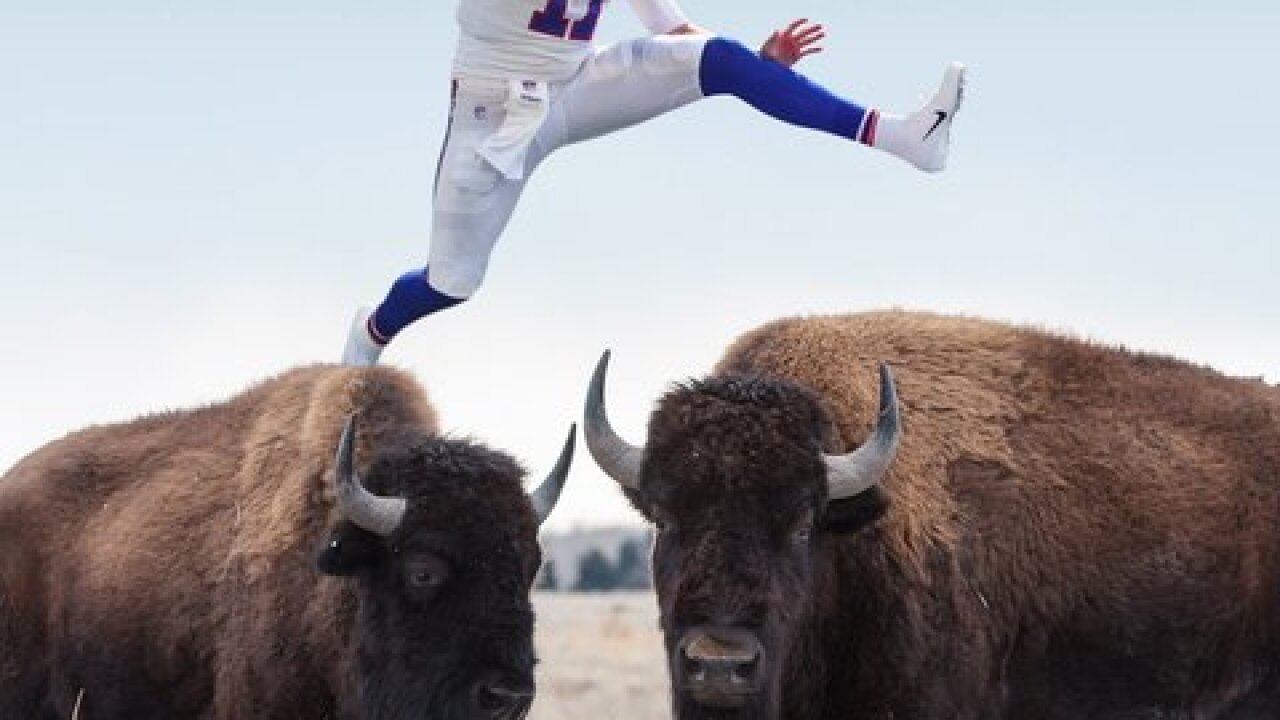 Josh Allen is hurdling his way over defenders and into the spotlight online.

His leap in Sunday's win over the Vikings inspired the Bills Twitter team to post the following image:

Since doing that, the meme has taken off, with many others photoshopping a jumping Josh Allen, into a handful of situations:

It remains to be seen whether Allen's hops will make an appearance when the Bills head to Green Bay to take on the Packers.