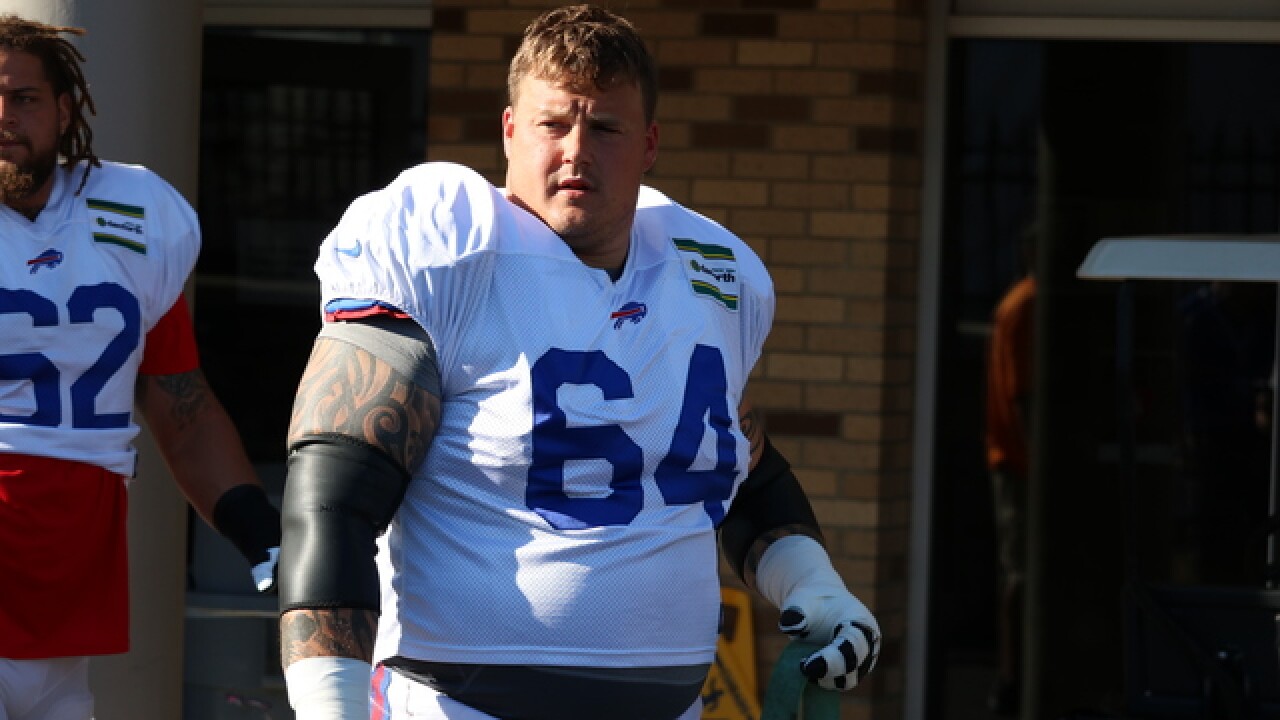 The odd story of the 2018 offseason for the Buffalo Bills and offensive lineman Richie Incognito has reached its conclusion. After previously saying that he would retire from the National Football League still with one year to go on his contract with the Bills, it appears that retirement won’t last long — at least not as it stands today.

However, his return just won’t be with the Buffalo Bills.

The team elected to release him from the reserve/retired list, which now means that Incognito will become an unrestricted free agent and will be able to sign with any team that he chooses. By releasing him, the bonus money the Bills had previously paid to the offensive lineman can no longer be recouped.

The Bills will go into the upcoming season with a need for at least two new starters along the interior offensive line, due to the sudden retirements of both Eric Wood and Incognito — and then eventually Incognito’s release.

Joe B’s Take
- Through the offseason, with all the different twists and turns when it came to Richie Incognito, it became pretty clear as to what was happening — even if no one really knew the motivation for what was happening. Above all else, Incognito became, in a word, unpredictable.

As far as the Bills are concerned, they’ve shown they are willing to give second chances to their players that are contrite about past errors. But sometimes, the Sean McDermott and Brandon Beane regime shut the door if they feel they’ve been burned.

We saw it with another retirement, Anquan Boldin, we saw it with the eventual trade of Marcell Dareus, and this time it’s with Incognito. Even though it took away their ability to possibly get the bonus money already paid to Incognito, it was worth it in their minds to eschew any lingering connection to last year’s starting left guard.

It’s not immediately clear what the motivation of Incognito was during such a tumultuous offseason, but if his ultimate intention was to get off of the Bills roster he found a way to make it work. Incognito was incredibly close with last year’s starting center Eric Wood, so perhaps his sudden retirement from the league was at least a tiny factor in some of the drama that ensued during the offseason.

A lot of fans are asking why the Bills would release him when they have such a need at guard. Some are even wondering how this move benefits the Bills at all.

The answer to both is one in the same. The current decision makers at One Bills Drive believe strongly in addition by subtraction when it’s called for — and in this case, it was the method they chose to follow. The culture they are trying to cultivate within the locker room is of the utmost importance to McDermott and Beane, which is likely a strong reason why the soon-to-be 35-year-old Incognito will be able to sign with any team he chooses.

While it isn’t an ideal scenario from an on-the-field perspective, the Bills are essentially rewarding the players they’ve had in the building — Ryan Groy, Russell Bodine, Vladimir Ducasse, etc. — for all of the offseason workouts and the commitment they’ve shown to the team and their teammates.

The offensive line and left guard position will likely both take a step back in 2018, but it was a position they would have had to address next season one way or another — now they have the chance to see if someone on their roster can become a long-term starter at the spot.

In a perfect world, Incognito would be the starting left guard — but the choices he made, which clearly ticked the Bills off given how they wouldn’t comment on it whatsoever in April — led to the decision made by the Bills on Monday.