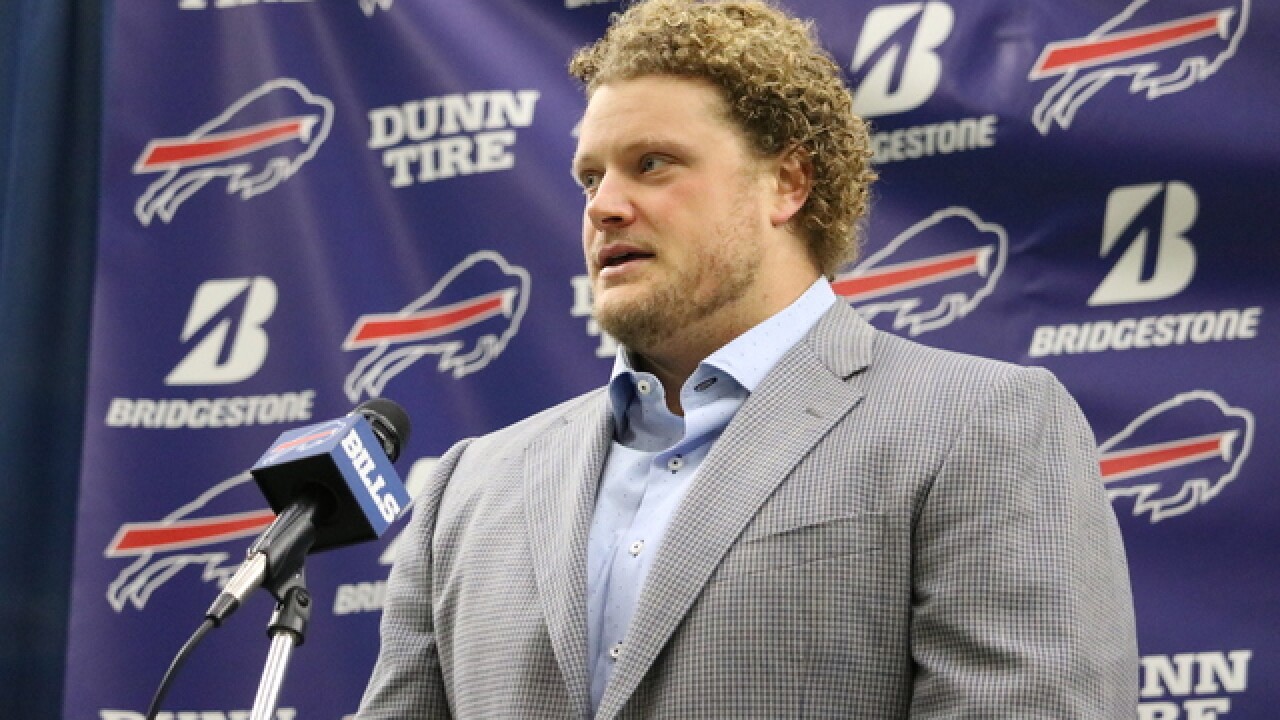 Following a brief statement of a press conference on Monday, the playing career of longtime Bills center Eric Wood came to a close.

The word 'retirement,' however, was not uttered once by Wood, the team, or any of the team's employees when speaking on the matter. Showing up a little less than an hour after the press conference was supposed to begin, Wood walked up to the stage and delivered a statement that he appeared to read from his phone that lasted under two minutes.

Wood thanked his friends and family, but also provided details of the medical process throughout the 2017 season, as well as what happened in his season-ending physical.

"Thank you to everyone who came out today. This press conference was set up a couple of weeks ago, in light of me finding out about the injury an hour before my son Garrett was born. As many of you already know given the leak on Friday, Dr. Cappuccino has informed me I will no longer be able to play football given the neck injury. Even with further treatment, rehab or surgery, a return is not possible. In Week 5 I got the first stinger of my life, and I got one the following week. After that game, we did an X-ray on my neck that showed no significant damage. After the season, as part of the exit physical, we got an MRI that revealed a disc that was dangerously close to my spinal cord at C2, C3. That was alarming.

As you can imagine this news floored me as I was merely days away from the first playoff game of my career. Although I will no longer be cleared to play football, I am still on the Bills’ roster and look forward to helping out the team in some capacity. Thanks to everyone who supported me throughout my career. Because of that, I am here today. I’m sure there are a lot of unanswered questions, and I hope to address those at a later date. Thanks, and go Bills."

Wood's press conference mentioned that he'll remain on the Bills roster, to which Bills GM Brandon Beane also confirmed. Beane also said they're going to figure it out as they go.

There is speculation that some of the posturing has to do with the Bills' salary cap and when Wood declares his retirement, Wood's signing bonus from last August, and the injury guarantee he has for football injuries that kicks in for him, which is a reported $4.8 million.

According to NFL.com's Ian Rapoport, the expectation is that eventually Wood will be placed on the reserved/retired list, and will get his injury guarantee.