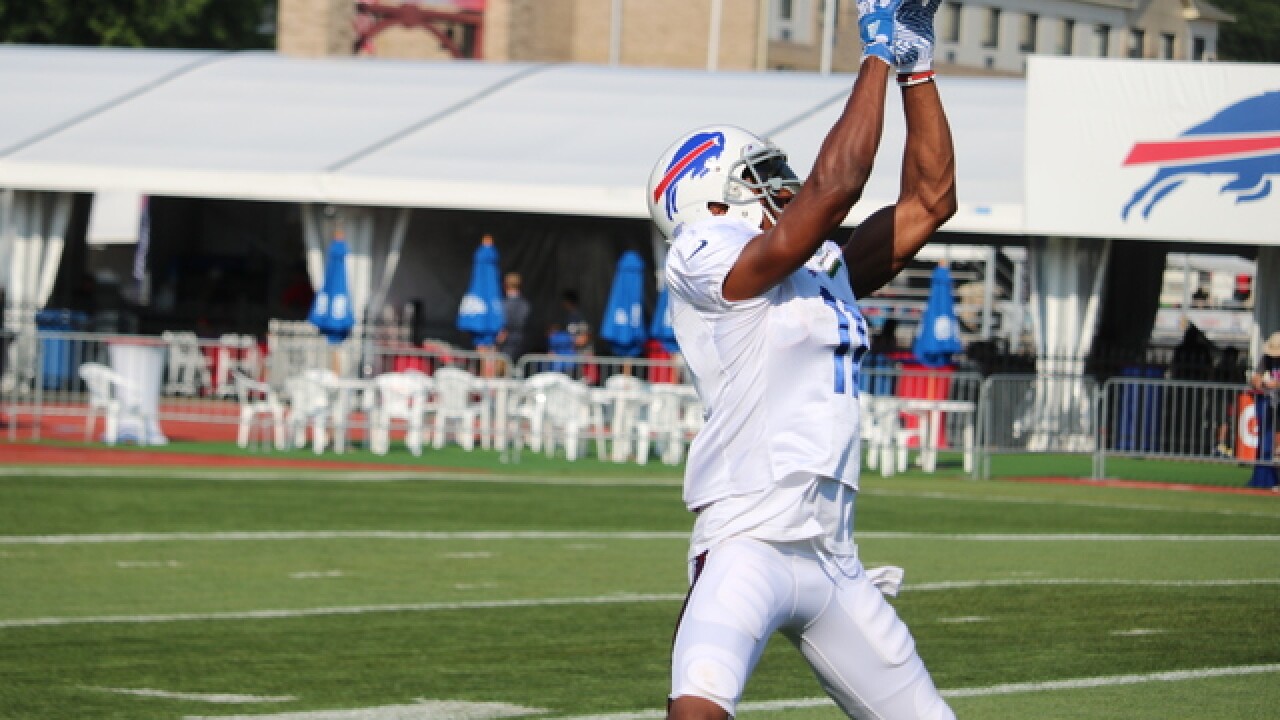 In the build-up to the start of training camp, WKBW will be taking a position-by-position look at the most pressing matters heading into the season. Up next, a position that is entirely up in the air for the Bills -- wide receiver:

Biggest Question heading into training camp
Will Zay Jones step it up in year two?
- After missing out on all the spring workouts, there hasn't been much fanfare about what's going on with the former second-round pick. However, his progress for the upcoming season is going to be a substantial thing to track as the summer and season goes along. Jones, of course, had the offseason incident that got everyone talking, and that has only fueled the speculation about what he'll be as a member of the team. While he showed a few flashes throughout the season, his drop rate was far too high, and you could tell that his confidence wavered a bit as a result. How Jones responds this summer will be the ultimate proving ground for Jones. If he comes back and has a good camp, as he did in 2017, then he certainly has every opportunity to start the season opposite Kelvin Benjamin. However, if his confidence wavers in training camp, that starting position is not a guarantee -- even though they'd like him to have it. If he doesn't earn it, he shouldn't start, and I think it will be as simple as that for the Bills. There is no way of knowing how Jones will respond to the adversity until we see him on the field.

Locked in?
Kelvin Benjamin, Jeremy Kerley
- The main characteristic of the wide receiver group is that it lacks an exact definition of what will happen. Almost everything is up in the air -- that is, except for one. Kelvin Benjamin is healthy, and the Bills are depending on him to be their top wide receiver for the 2018 season. As long as he's healthy, he'll be in the starting lineup every single week. The other player that seems like he's got a great handle on a role with the team -- at least through the spring -- is Jeremy Kerley. The former Jets and 49ers receiver, the veteran Kerley signed with the Bills in the offseason. Since then, Kerley has taken every first-team rep as the slot receiver, outside of him needing a rest after a play down the field. If the spring is any indication, Kerley is doing all the right things to have a fairly substantial role with the offense. And should Zay Jones not have as strong a camp as they would hope, Kerley has a shot at WR2 duties while kicking inside to the slot in three-receiver sets.

Potential rookie impact
Austin Proehl
- Of the two main rookie wide receivers that the Bills drafted, I've liked how Austin Proehl has practiced more consistently than Ray-Ray McCloud. Proehl made a lot of plays throughout the spring, and most importantly, established a noticeable rapport with rookie quarterback Josh Allen. Of all the quarterbacks to develop chemistry with, Proehl picked the right guy. It seemed like Allen was continually looking for Proehl, and should the first-round pick get into the starting lineup and the chemistry continues, I wonder if Proehl might get some situational looks on game days. He still has much to prove, but his ability to work both outside and in the slot has given him some versatility, too. I think McCloud's best chance for an impact, at least at this point, is as a punt returner.

Sleeper
Malachi Dupre
- Almost everybody can be defined, outside of Kelvin Benjamin, Zay Jones, Andre Holmes, and Jeremy Kerley, as a sleeper in this group because of all the uncertainty that surrounds it. However, the guy I'll be watching the closest is Malachi Dupre -- the former Green Bay Packers draft pick that spent almost the entire year on the Bills' practice squad in 2017. Before a hamstring injury ended his spring early, Dupre was consistently getting reps with the first-team offense along with Benjamin and Kerley. Of course, we've seen it time and time again with wide receivers in particular, that a good spring does not necessarily mean a good summer is on the way. Of all the positions, wide receiver is often the one that offers the most fool's gold. However, Dupre impressed me in his limited practices, and considering his standing on the depth chart until his injury, he did the same to the Bills coaching staff.

Firmly on the Bubble
Malachi Dupre, Rod Streater, Brandon Reilly, Austin Proehl, Ray-Ray McCloud, Kaelin Clay, Robert Foster, Quan Bray, Cam Phillips
- It's a wait-and-see position. You could make a case for every name on this list to make the roster. The Bills will have to decide what number they keep, likely between five and seven, and which of this list warrants it. The wide receiver depth chart will be, perhaps, the most fascinating non-quarterback battle to track over the next month.