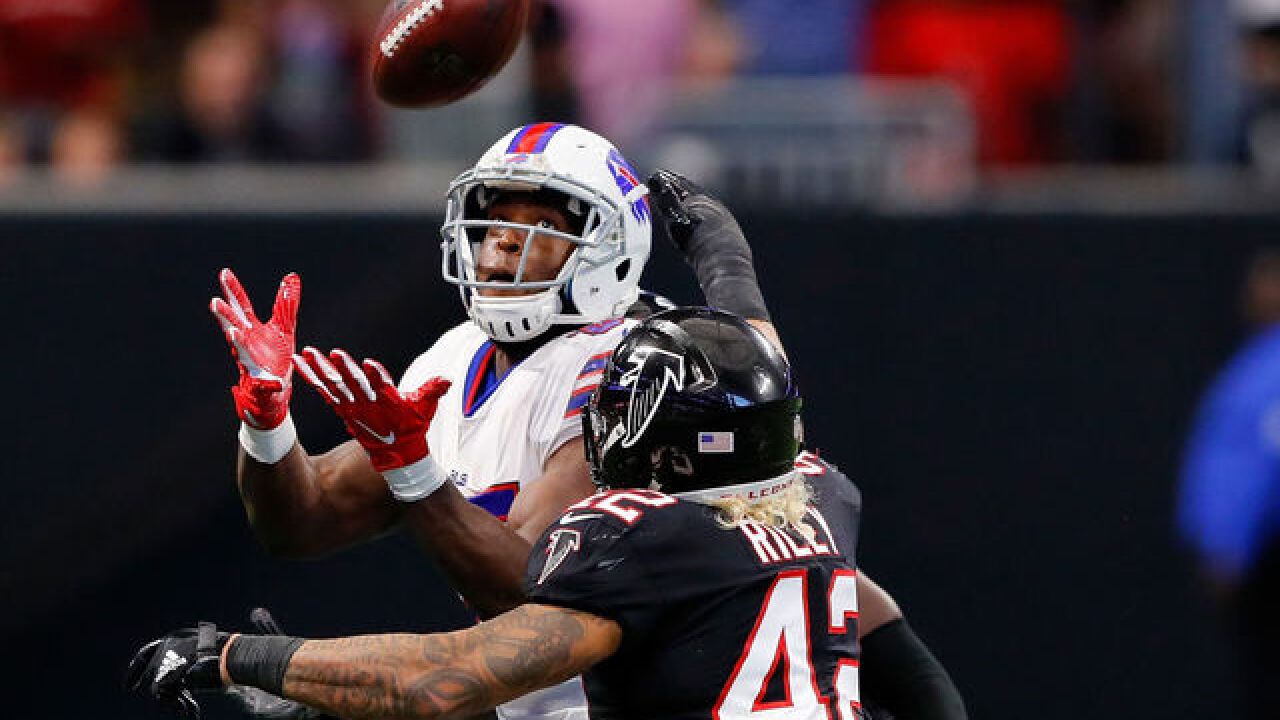 In the build-up to the start of training camp, WKBW will be taking a position-by-position look at the most pressing matters heading into the season. Next, we’ll take a look at the tight ends on the roster:

Biggest Question heading into training camp
Is this the year the Bills get Clay more involved?
- Let me preface this all by saying that Clay’s worth has been mostly undervalued, and that’s probably due to the initial contract he signed. However, over the last three seasons, Clay has been a reliable option in the passing game — at least when targeted. When working with starting quarterback Tyrod Taylor, Clay put up solid statistics but nowhere near to what he could have if Taylor had spotted him more regularly. Just look at his three-year average as the picture of consistency and him being a bit underutilized. For receptions, he had 51, 57, and 49 in consecutive years, in yards, he had 528, 552, and 558, and in touchdowns, he brought in three, four, and two. That’s precisely the base, but based on his talent level I’m of the belief that there is more than meets the eye from those statistics. He has the athleticism and receiving ability to flourish in today’s NFL, but needs more chances. No matter who the starter is at quarterback, Clay could be a heavily targeted option — especially when there is so much uncertainty at the wide receiver position. The trouble is that the change of the quarterback position is also an issue, as is Clay’s health. Despite only missing seven games over the last three years, Clay always seems to have some injury issue that impacts his practice week in some capacity. It’s a bit of a big season for him because after this year, Clay will be 30 years old and will only have one year left on his deal, and the Bills could save $4.5 million by cutting him before the 2019 season begins. If he proves to be healthy and as much of a contributor as his potential shows, then there shouldn’t be much thought to let him go after the 2018 campaign. Regardless, the Bills should take advantage of a good tight end in today’s NFL, especially when someone like him can help create mismatches down the field.

Key Backup
Nick O’Leary
- Without any grand additions to the roster to the position, that means Nick O’Leary is once again the team’s primary backup and second tight end. When Charles Clay missed three weeks due to a knee injury, O’Leary had the opportunity to prove to the team in 2017 that he could handle the full workload and did well with the chance. O’Leary has turned himself into the best blocking tight end on the roster and shows just enough as a receiver to keep him firmly entrenched as the number two tight end. He’s safe in that role for at least this season.

Surprise Cut Candidate
Logan Thomas
- It's a bit of a disappointment given his athleticism and size, but in multiple opportunities on the field in 2017, Thomas mostly didn’t make an impact. During Clay’s time away and on the injury report, Thomas had a real chance to pick up where he left off and be the athletic tight end that could make plays down the field. However, the Bills didn’t let him get too involved on offense, and he ended the year with just seven receptions. He even was made inactive a few times in favor of Khari Lee. With some legitimate competition near the end of the depth chart, Thomas isn't guaranteed a spot on the roster.

Sleeper
Keith Towbridge
- Of the young players on the roster trying to steal a spot on the 53-man roster, the one that stood out the most during spring workouts was Keith Towbridge. What stands out most is his size at 6-foot-5 and 262-pounds, and also, he was the most impactful tight end during spring workouts past the usual suspects. If he can continue looking the part in training camp and the preseason, he has every opportunity to steal a spot with a blend of both receiving and blocking ability. The Bills chose to keep him on the roster even after placing him on Injured Reserve very early on. They could have quickly come to an injury settlement and released him outright, so keeping him is an indicator that they were intrigued by his ability during last year’s training camp. Keep an eye on this name. He might end up on the 53-man roster by the end of it all.

Firmly on the Bubble
Logan Thomas, Khari Lee, Keith Towbridge, Jason Croom
- Thomas isn't guaranteed a roster spot with Towbridge as his most significant competitor to this point, but Khari Lee was on the active roster last year and has shown to be an above average blocker. Jason Croom spent last season as a member of the practice squad after being briefly released by the team, and he’s attempting to complete the transition from college wide receiver to NFL tight end. Besides Thomas and Towbridge, Croom offers a more exciting skill-set of the bunch, but he’ll need to do quite a bit to crack the 53-man roster after the summer.