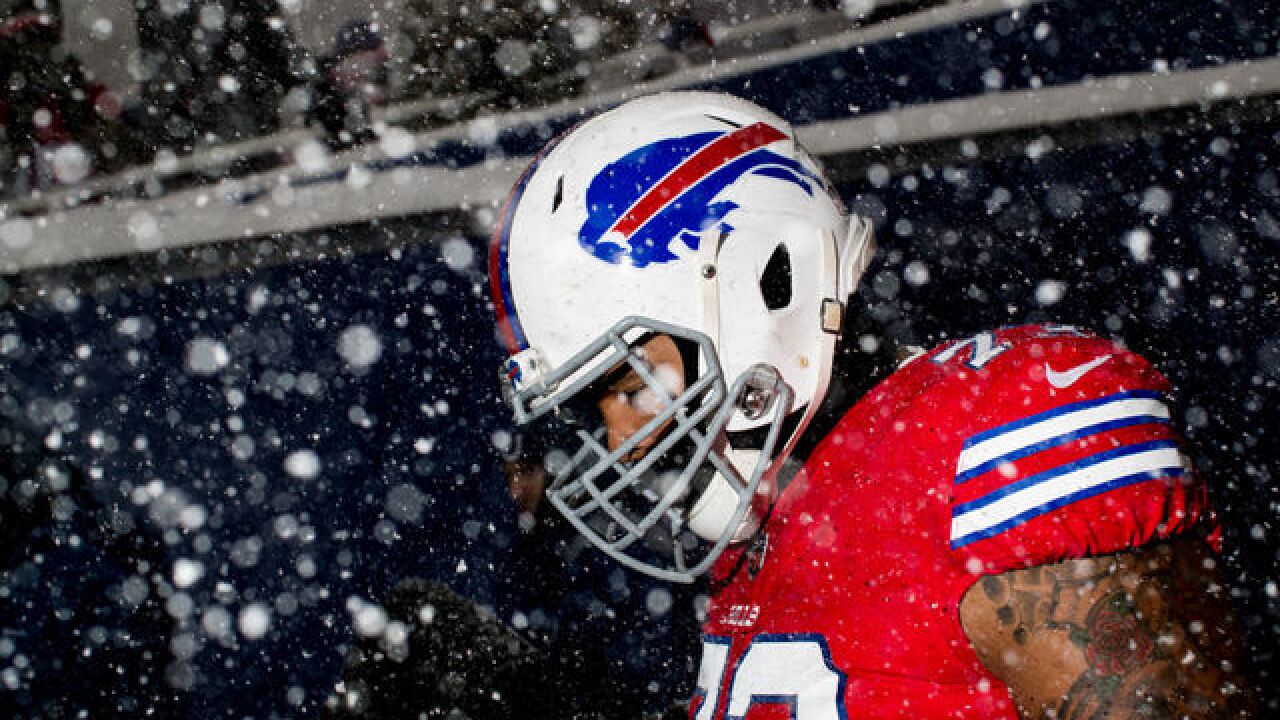 Copyright 2018 Scripps Media, Inc. All rights reserved. This material may not be published, broadcast, rewritten, or redistributed.
Bryan M. Bennett
<p>ORCHARD PARK, NY - DECEMBER 10: Dion Dawkins #73 of the Buffalo Bills walks to the field before a game against the Indianapolis Colts on December 10, 2017 at New Era Field in Orchard Park, New York. (Photo by Bryan M. Bennett/Getty Images)</p>

In the build-up to the start of training camp, WKBW will be taking a position-by-position look at the most pressing matters heading into the season. Next, we'll take a deep dive into the uncertainty that is the offensive line:

Biggest Question heading into training camp
Will the offensive line take a considerable step back in 2018?
-  Eric Wood was forced to retire from the NFL and Richie Incognito agreed to a pay cut but then elected to retire and unretire until the team released him, which has led to a lot of changes to the offensive line as we knew it. Unexpectedly, the Buffalo Bills are marching towards a season that will have at least three offensive line positions that will have a different starter from what they had in 2017 -- and it's all along the interior. The Bills have replaced two good starters with two unknown entities. At center, Russell Bodine and Ryan Groy will battle it out this summer to be the replacement for Wood. However, Bodine struggled in his time at Cincinnati and looked to be an average option at best for 2018. Groy, although he was brought back by the team last offseason, hasn't gotten a chance to get into a starting role under this regime. Based on the previous year and the beginning of this campaign it appears they view him as a center only, and with such a small sample size of what he did in 2015, we don't know what the Bills are getting in him. At guards, Vladimir Ducasse had the best season of any returning starter from 2017, but he's playing at a new position on the left side, and John Miller seems refreshed, but we won't know if he can be the player he was in 2016 until things start to get physical at training camp. The Bills will be depending on the play of their offensive tackles, Dion Dawkins and Jordan Mills, to keep this thing afloat. The trouble is, Dawkins has shown flashes of potential but still needs to improve in his pass blocking and consistency. Meanwhile, Mills has been a mainstay of the group, but his play hasn't exactly warranted the grasp on the starting job that he's had. The Bills and offensive coordinator Brian Daboll have their work ahead of them to turn this unit into a cohesive one that can help a new quarterback and one of the best running backs in the league have production. There is also potential that this group could take a significant step back, and be a big part of the reason that holds the offense back in 2018.

Key Backup
Marshall Newhouse
- With all the turnover along the starting group, the Bills needed to bring in an offensive lineman that offers enough versatility for them to use in the event of a disaster. That's where Marshall Newhouse came in and based on the way they used him throughout the spring practices, and it seems like he's got the inside track on being the first man in should anything happen to one of the starters. Newhouse worked at both tackle and guard positions at one point or another throughout the spring, which is a clear indicator that they want him ready to do a little bit of everything. In fact, I wouldn't even rule out the idea of Newhouse pushing for a starting job at some point in 2018, given the uncertainty at many of the positions along the offensive line as it stands today. Although he isn't a starter at the moment, he is likely a key cog for the upcoming season.

Potential Rookie Impact
Wyatt Teller
- The lone draft selection along the offensive line in 2018, Wyatt Teller is a late round player that has a chance to earn playing time this season. He isn't near winning a job to this point or even competing for one for that matter. However, I found it interesting that they mostly had him lined up at right guard through the spring practices, which is the direct backup to John Miller. If any of the guards or tackles are vulnerable to getting beat out for a starting spot, Miller has the best odds. Miller had a great 2016, but ultimately fell off last year and was benched in favor of Vlad Ducasse after just four weeks. We'll have to see if Teller earns some time as camp progresses or down the line in the season, but if things go awry on the offensive line in the early stages of the year, they might be inclined to try just about anything.

Sleeper
Conor McDermott
- The way the Bills talk about Jordan Mills, I don't believe he's in any danger of surrendering his job heading into the season -- unless there is an injury. However, Mills is on the final year of his contract, and the Bills have kept Conor McDermott in the shadows for almost a full year now, and remain optimistic about his future. McDermott is 6-foot-8, has pushed past the 300-pound mark, and has a strong basketball background that helps him with his footwork. They've continued to develop him at right tackle -- and even at times left tackle -- which leads me to believe he is a candidate to take over the right tackle job in 2019. And if Mills struggles, the Bills could choose to begin that at some point in 2018, too. He's not a lock to make the roster, but the Bills like his ability and work ethic. Unless I see him struggle entirely, I'll be inclined to put him on all my 53-man roster projections.

Firmly on the Bubble
Conor McDermott, De'Ondre Wesley, Mo Porter, Josh James, Adam Redmond, Ike Boettger, Gerhard de Beer
- The cut line is pretty straightforward, because if they hang on to McDermott that gives them nine offensive linemen -- a good number to keep and still have flexibility through the rest of the roster. Of the remaining six names the one that could have a chance is De'Ondre Wesley. The Bills were using him at both tackle and guard, and he could be one of those under-the-radar types to track at training camp. The whole third unit of the offensive line is going to have a tough time sticking on the roster.