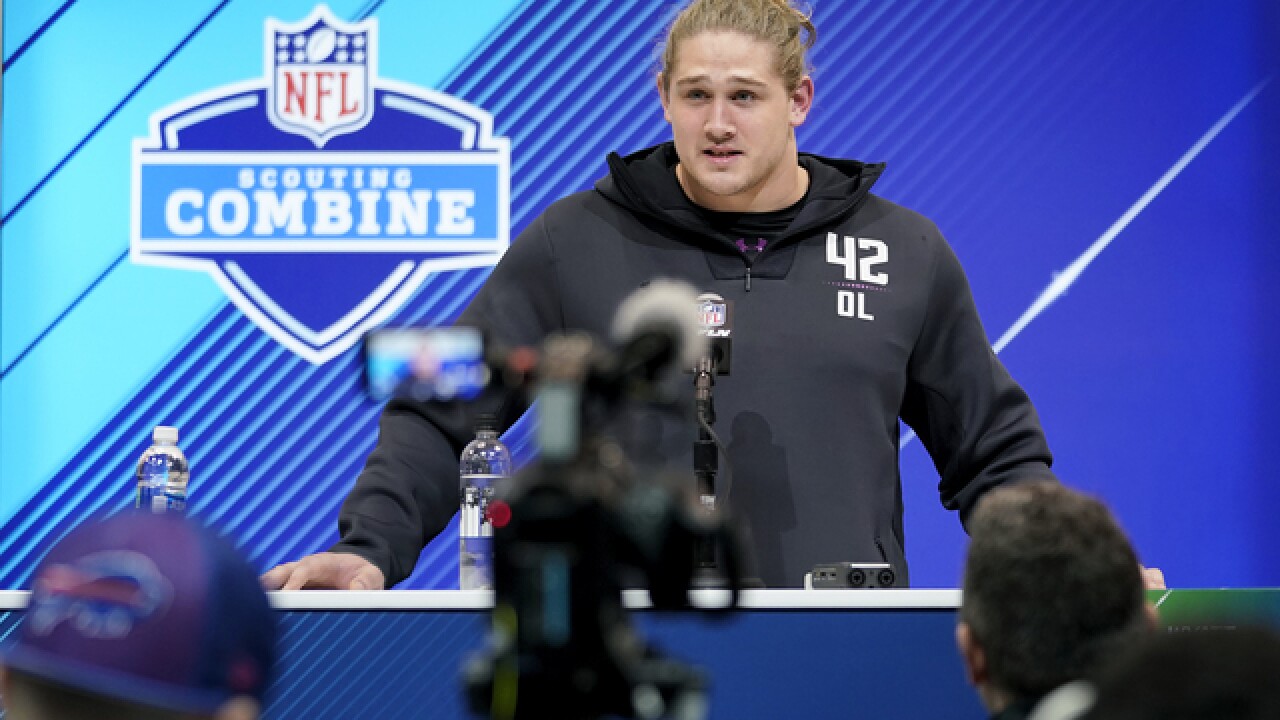 The Bills wrapped up their fifth-round selections in the 2018 NFL Draft by taking offensive lineman Wyatt Teller.

Teller was selected 166th overall by the Bills on Saturday. He joins Siran Neal of Jacksonville State as the Bills' fifth-round picks.

Teller played for Virginia Tech and was a 13-game starter this past season for the Hokies. He played in 53 games during his college career and at the 2018 NFL Combine, put up 30 reps on the bench press.

This is an intriguing name for the Bills in the fifth round, because it creates depth and competition into the spring and the summer at a position that could be there for the taking. With as much turnover as we've seen along the offensive line in the offseason, Wyatt Teller could wind up being a factor.

At the moment, the starting guard positions belong to Ryan Groy (left guard) and Vladimir Ducasse (right guard), with former third-round pick John Miller on the bench. Teller could provide competition, and at worst, he could be a possible replacement as the main backup interior player for Miller, who was not drafted by the current Bills' staff and lost his starting job after four weeks last season.

If he shows well enough, it could provide even more competition by allowing Ryan Groy to battle Russell Bodine for the starting center job. Whatever the case, the Bills needed something along the interior offensive line -- even if it wasn't as pressing as some fans would have liked.