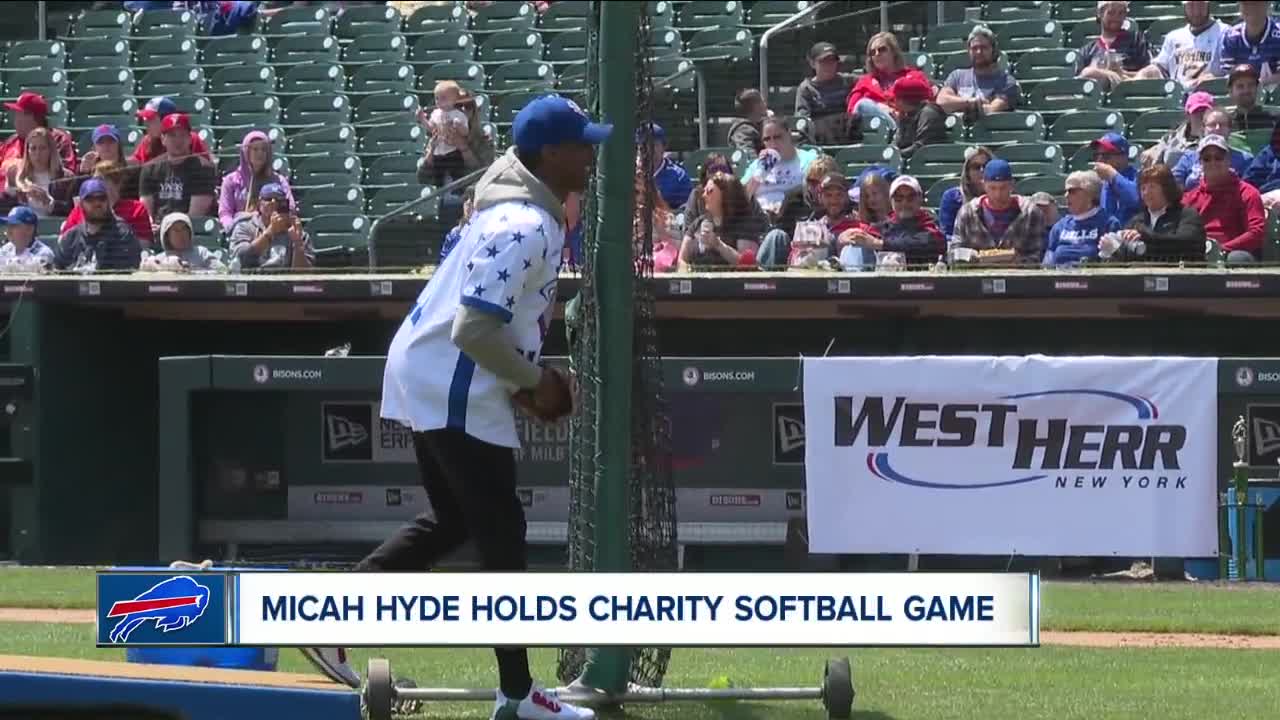 BUFFALO, N.Y. (WKBW) — For one afternoon, Buffalo Bills players took a break from the football field and traded in their helmets for baseball bats. On Sunday, Micah Hyde held his inaugural charity softball game to benefit Micah’s Imagine for Youth Foundation.

More than 20 players from both sides of the ball suited up and played in front of fans at Sahlen Field in downtown Buffalo. The afternoon event allowed fans to interact with players and get some merchandise signed, while also watching the players participate in a Home Run Derby and softball game with the offense going up against the defense.

According to Hyde, this event raised around $40,000 that will go right back into the community.