Bills struggle from the start, fall to Ravens 47-3 in season opener 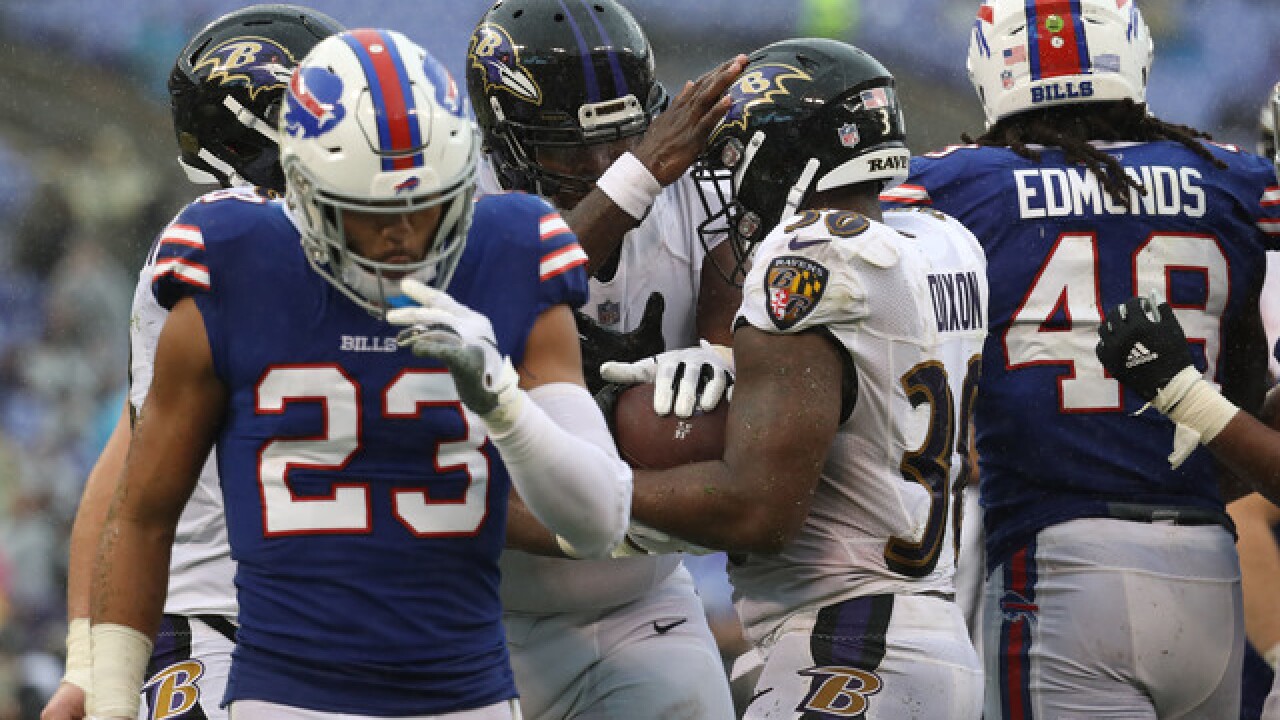 Copyright 2018 Scripps Media, Inc. All rights reserved. This material may not be published, broadcast, rewritten, or redistributed.
Rob Carr
BALTIMORE, MD - SEPTEMBER 9: Kenneth Dixon #30 of the Baltimore Ravens celebrates with teammates after a touchdown in the fourth quarter against the Buffalo Bills at M&T Bank Stadium on September 9, 2018 in Baltimore, Maryland. (Photo by Rob Carr/Getty Images)

It was a performance to forget and not the way the Buffalo Bills were hoping to start the 2018 season.

The Bills went into Baltimore hoping to prove the doubters wrong. Instead, they struggled from the start in a 47-3 loss to the Ravens,

Offensively, it wasn't pretty. Nathan Peterman made his third career start and couldn't help the offense move the ball. He finished with just five completions for 24 yards and was picked off twice.

Josh Allen came into the game in the early 3rd quarter and was able to move the ball a little better, but like Peterman, couldn't lead a touchdown drive. The Bills' only points of the game came from a field goal in the second half.

The Bills offense managed just 153 total yards of offense including 70 of those in the air. They only had 10 first downs, all of them coming in the second half.

Defensively, the Bills couldn't stop a Ravens unit that compiled 200 yards more on the day than the Bills offense. The bright spot was linebacker Tremaine Edmunds who showed a lot of promise, forcing a fumble and getting his first regular season sack.

The Bills will return home next Sunday to take on the LA Chargers. Kickoff is set for 1 p.m. at New Era Field.