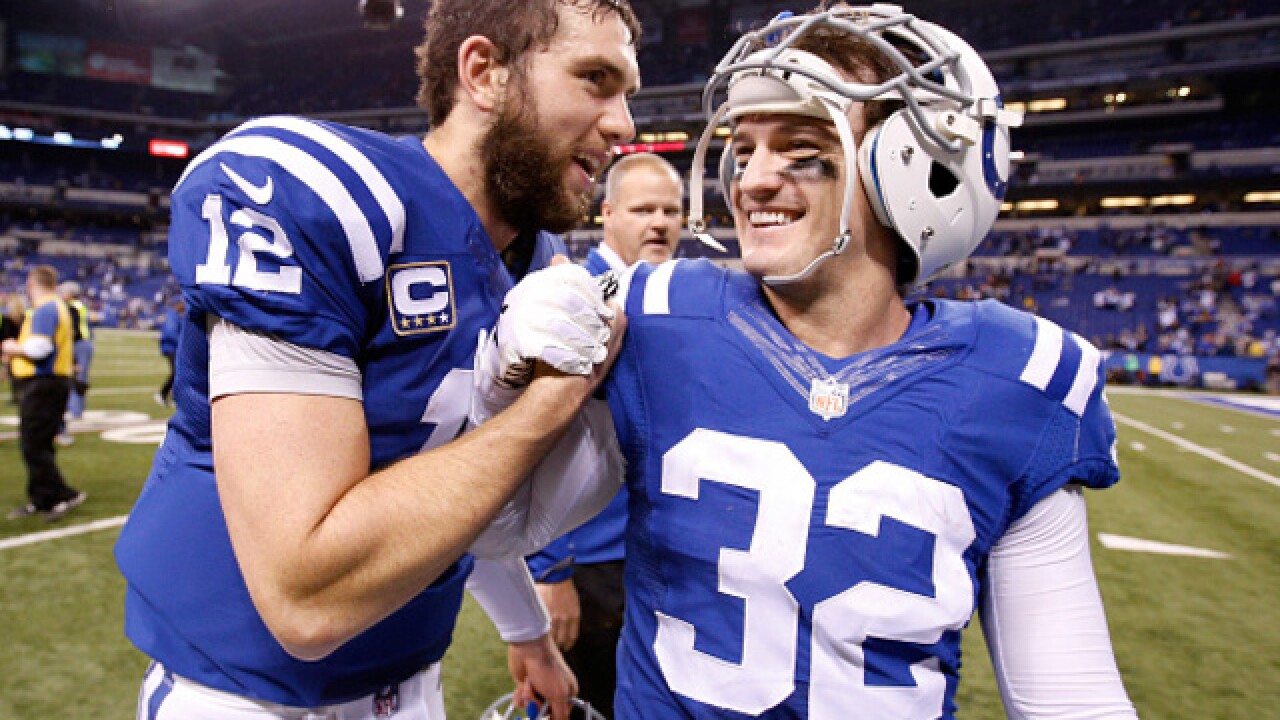 Joe Robbins
<p>INDIANAPOLIS, IN - JANUARY 04: Andrew Luck #12 and Colt Anderson #32 of the Indianapolis Colts leave the field after their win over the Cincinnati Bengals during their AFC Wild Card game at Lucas Oil Stadium on January 4, 2015 in Indianapolis, Indiana. (Photo by Joe Robbins/Getty Images)</p>

The Buffalo Bills said that they would wait until the second or third wave of free agency to make their mark this offseason. They weren't kidding.

The Bills announced the signings of safety Colt Anderson and outside linebacker Lorenzo Alexander on Tuesday afternoon. The duo is most well known for their abilities on special teams.

What have the @buffalobills added with Colt Anderson & Lorenzo Alexander?

Anderson, 30, is a six-year veteran having spent time with both the Indianapolis Colts and Philadelphia Eagles. Meanwhile Alexander, 32, has spent 10 years in the NFL at various stops -- most recently with the Oakland Raiders.

The team's acquisition of the two players brings their free agency signing tally up to eight players that were not on the Bills roster in 2015. That list includes Zach Brown, Jim Dray, Robert Blanton, Sterling Moore, Corey White, Fernando Velasco, and now both Colt Anderson and Lorenzo Alexander.

The Bills roster is now up to 75 players, leaving room for only 15 additions (without subtractions, of course) in both the 2016 NFL Draft and the undrafted free agent signing period. The Bills have eight picks in the upcoming draft.

The Bills had one of the top coverage units on special teams in the National Football League during the 2015 season. According to rankings by Football Outsiders, the Bills were the top team in the league on kickoffs, and the 10th-ranked unit on punt coverage.

However, the Bills have had to say goodbye to many of their assets on those individual coverage units, whether it be Ron Brooks, A.J. Tarpley, Nigel Bradham, and the return of Marcus Easley is still a question at this point. Rather than waiting around and trying to find rookies and undrafted players to replenish those units, the Bills are going with a more practiced hand for the all-important 2016 season.

The coverage units were fantastic last season for the Bills, while the return teams were awful.

According to those same rankings from Football Outsiders, the Bills ranked 30th in kickoff returns, and a dreadful 31st in punt returns. If either Anderson, Alexander, or both can help them get back on the right path on that front, the Bills will be rewarded for their faith in special teams coordinator Danny Crossman.