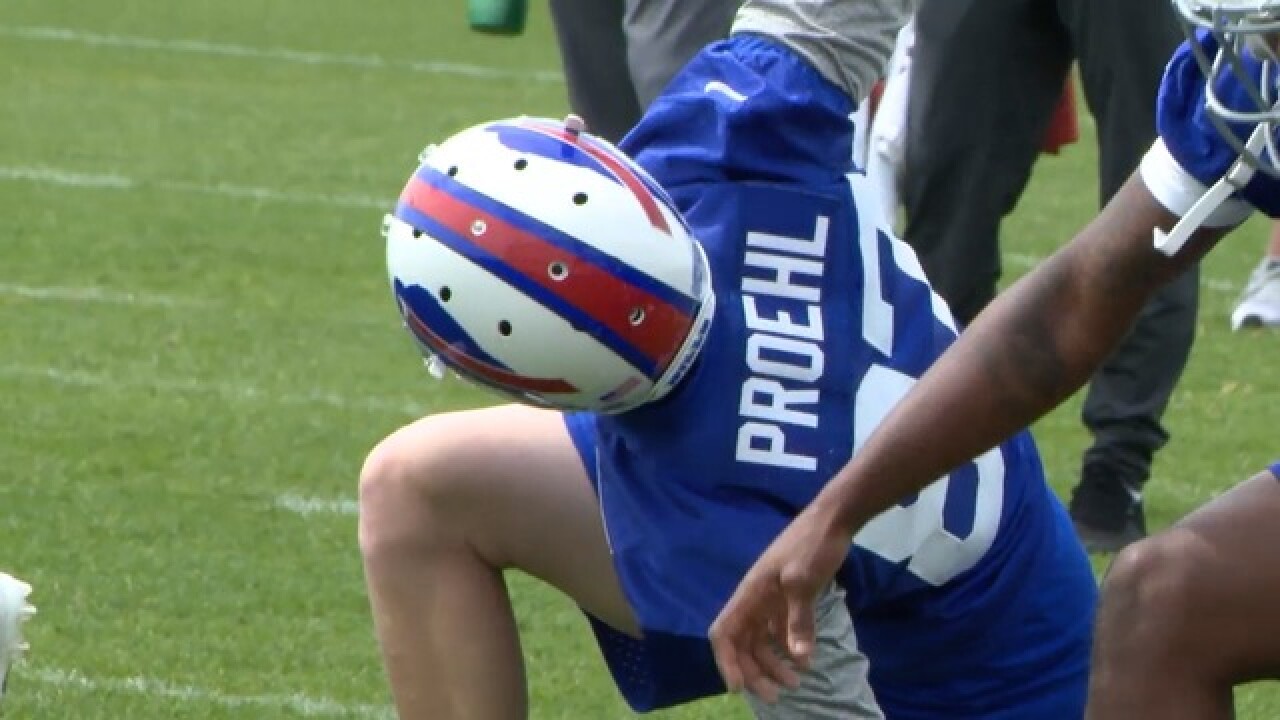 The Buffalo Bills signed five of their draft picks to deals on Thursday and Friday ahead of rookie minicamp.

Teller played with Virginia Tech and is expected to compete for a starter job at guard. He hasn't allowed a sack since the 2016 season.

Neal is a versatile player who played linebacker, safety and cornerback at Jacksonville State. He recorded 80 tackles last season and lined up at safety during the first day of Bills rookie camp.

McCloud played with Clemson and throughout his career had 127 receptions for 1,226 yards and four touchdowns. He also has experience playing special teams, recording 50 punt returns for 485 yards and a touchdown in college.

Proehl is the son of NFL veteran, Ricky Proehl, and is familiar with Coach Sean McDermott and GM Brandon Beane. He was one of North Carolina's top three receivers before suffering a broken collar bone that ended his senior season early.

Johnson was signed Friday morning and played both inside and outside at the cornerback position for Weber State. He was just one of a handful of FCS players to participate in the Senior Bowl and one of two FCS selections by the Bills.