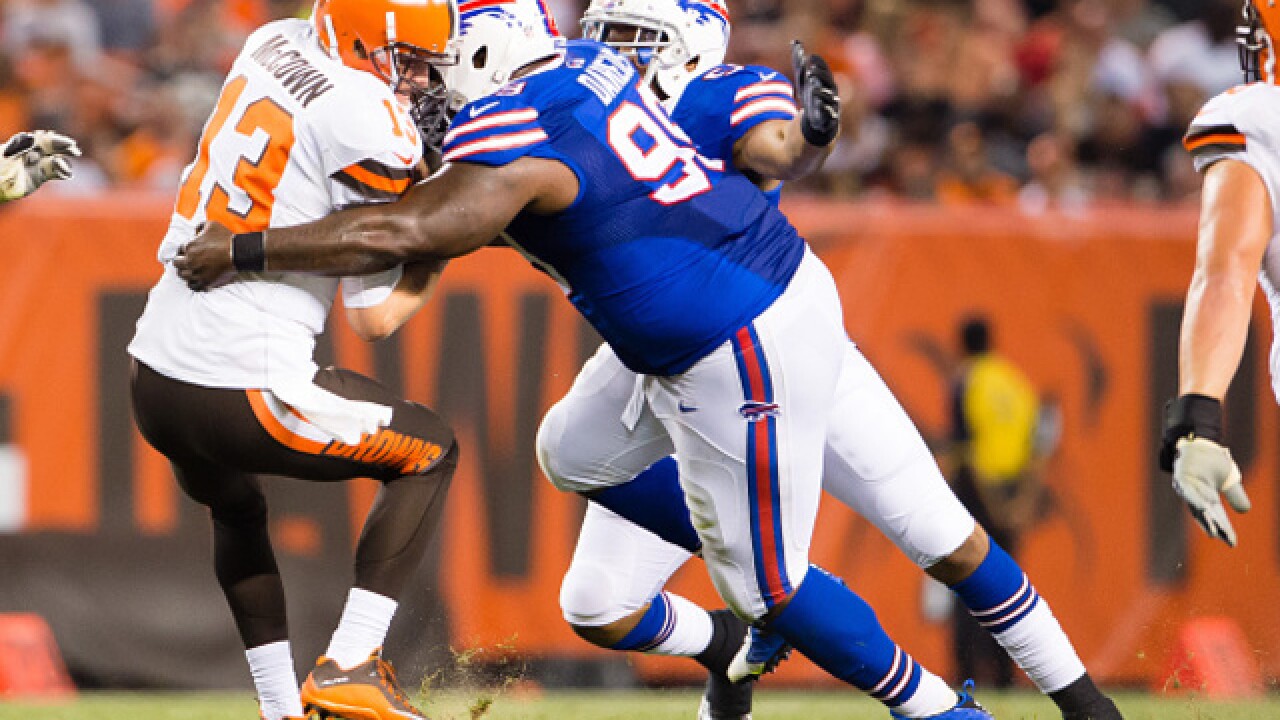 Jason Miller
<p>CLEVELAND, OH - AUGUST 20: Quarterback Josh McCown #13 of the Cleveland Browns is sacked by defensive tackle Marcell Dareus #99 of the Buffalo Bills during the first half of a preseason game at FirstEnergy Stadium on August 20, 2015 in Cleveland, Ohio. (Photo by Jason Miller/Getty Images)</p> 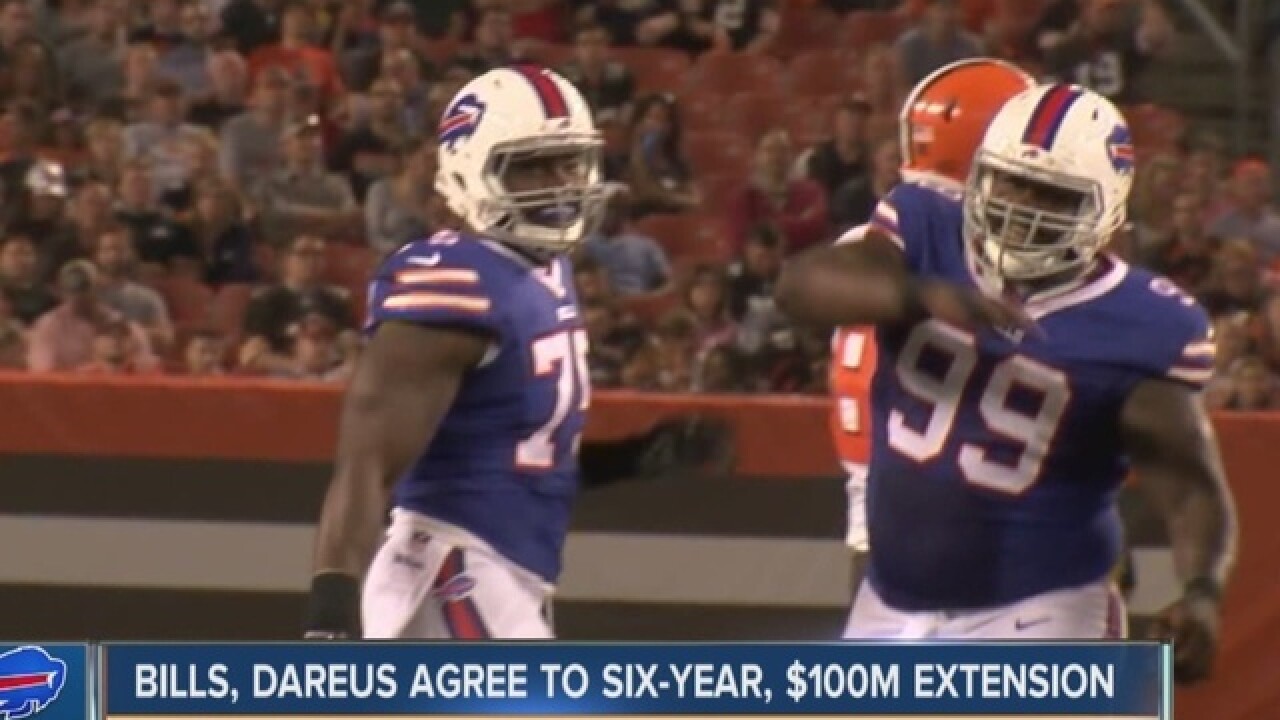 The Buffalo Bills will be keeping their best young defender for a long, long time.

The Bills announced on Thursday morning that they have signed Pro Bowl defensive tackle Marcell Dareus to contract extension.

“Marcell Dareus is a tremendous player and we feel he has a great opportunity to reach his potential as a player and leader here with the Buffalo Bills,” said Bills General Manager Doug Whaley. “Throughout this process, we wanted Marcell to remain a Buffalo Bill for the long-term and he made it clear to us that he wanted to continue his career in Buffalo. I commend Bills Senior Vice President of Football Administration Jim Overdorf and Todd France, Marcell Dareus’ agent, for completing this deal before the start of the 2015 season. I also thank Terry and Kim Pegula for being committed to our philosophy of retaining an All-Pro talent like Marcell Dareus.”

The Bills didn't release the details of the contract, but according to multiple reports, as first reported by ESPN’s Adam Schefter, the Bills and Dareus agreed to a six-year extension that will pay him a total of $100 million, $60 million of which is guaranteed.