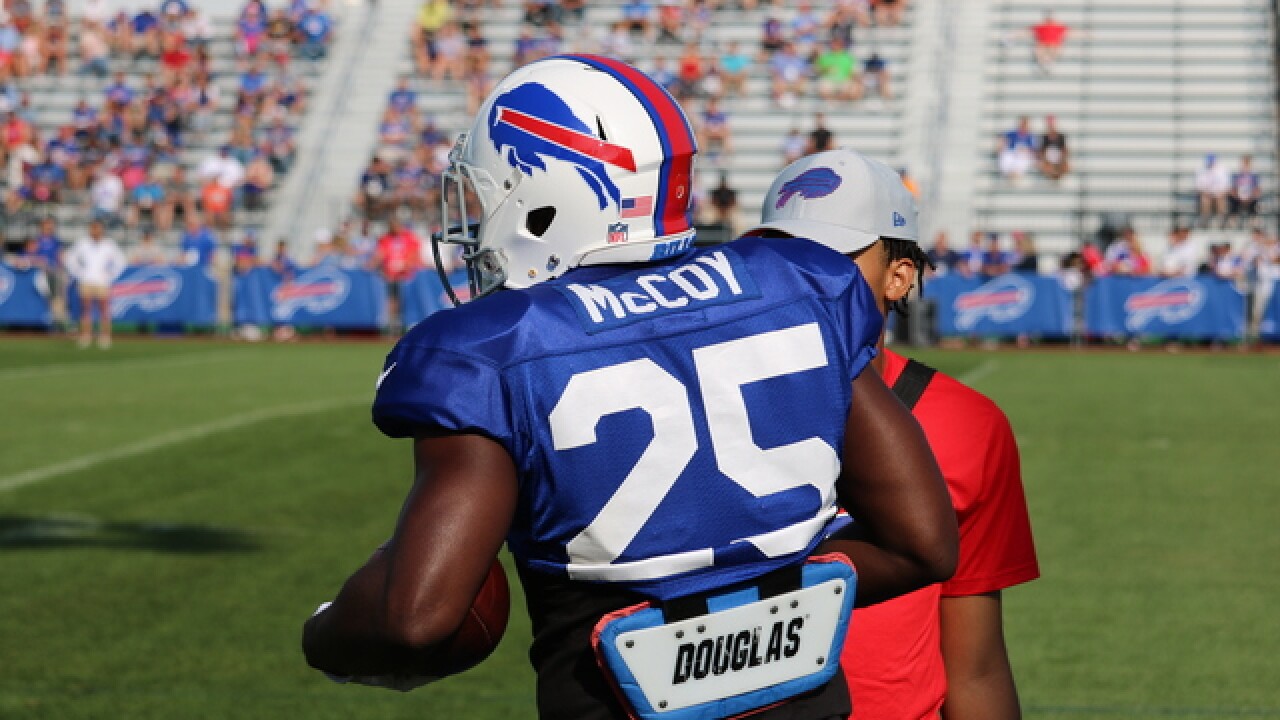 Bills running back LeSean McCoy continues to deny any and all allegations of child abuse.

McCoy spoke to reporters on Wednesday after practice where he reiterated his disappointment and frustration with the most recent allegations regarding he and his behavior toward his son.

"It’s ridiculous," McCoy said. "I love my son. Anybody that knows me or ever sees me around with my boy, they know the type of relationship we have. I can’t really speak on it. It’s ridiculous. We’re in court and everything and we’ll see what happens.

Allegations first came out when McCoy's ex-girlfriend, Delicia Cordon, was assaulted at McCoy's home a few weeks back. In an Instagram post from one of Cordon's friends, McCoy was accused of not just being involved in the attack but also abusing his son.

Earlier this week, a new allegation came out, this time from the mother of McCoy's 6-year-old son. In an Instagram post that was shared by Cordon's friend, Stephanie Maisonet wrote, "I'm so sick of my son coming home from his dads house crying about being "spanked!"!! No child should be begging & crying hysterically when it's time to go to their father's house! I'm tired of asking the courts for help with this matter & not being heard bc of WHO HIS FATHER IS! I will fight for the safety of my child by any means necessary! No more unexplained bruises, no more excuses!"

"In this world with social media, you can say what you want," McCoy said. "The cameras and everybody will take it and run with it. I can’t control that. All I can control is being a great dad and being the person that, potentially, you’ll grow up to be. That’s all I can do."

"Everything I do is for little man, my son," McCoy added. "If I didn’t care, I wouldn’t be fighting for custody of my boy. It is what it is. I won’t let it affect me. I’m a strong person. It’s in God’s hands and we’ll see."

The allegations have been surrounding McCoy since they initially came out but the running back hasn't let it affect his game or mentality on the football field. As far as his teammates and coaches, he added it's not affecting them much either as he continues to have open communication with everyone about what's going on.

McCoy has a custody case set for November.