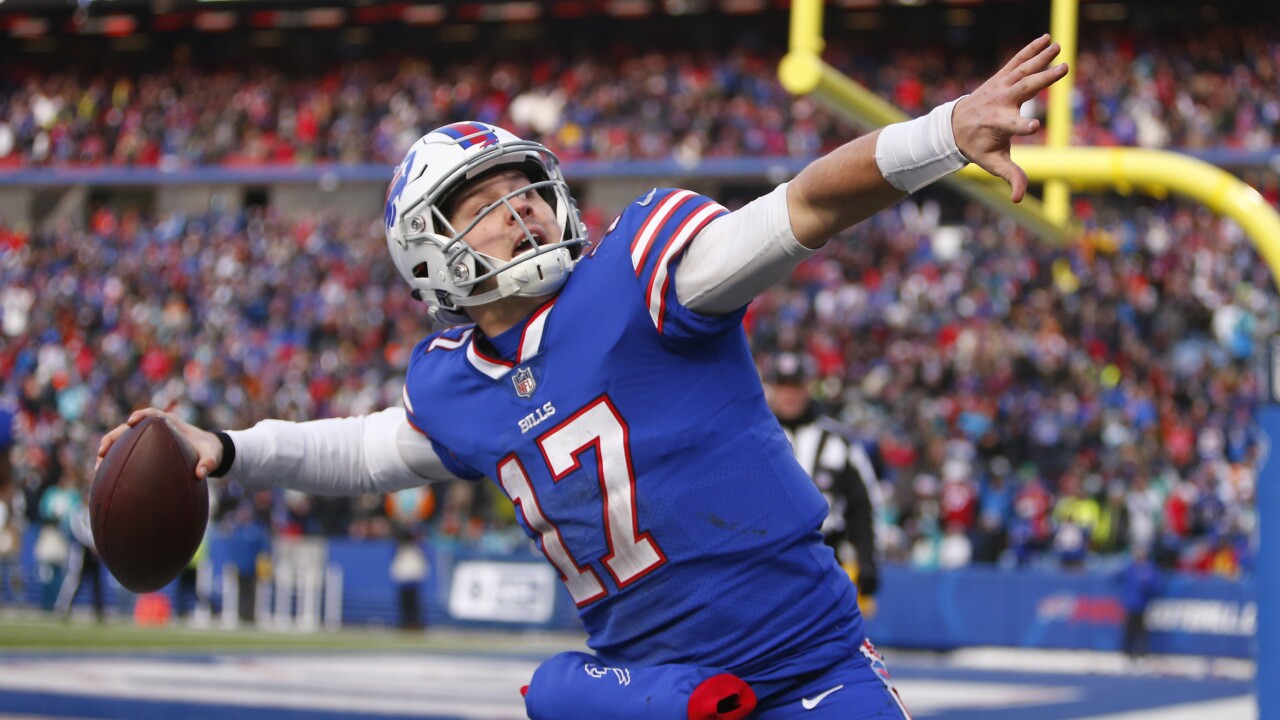 Josh Allen's five touchdowns in Week 17 against the Miami Dolphins at New Era Field helped him earn the AFC Offensive Player of the Week award. Allen is also nominated for the NFL Rookie of the Week award, which fans can vote for on the NFL's website.

Allen threw three touchdowns on Sunday, including two to Zay Jones, and ran into the end zone twice on the way to the Bills' 42-17 victory over the Dolphins. His most notable pass, though, was likely to Bills defensive tackle Kyle Williams. Williams was playing in his final game after 13 seasons, all in Buffalo.

According to the team , Allen is the first Bills QB in 17 years to earn the AFC Player of the Week distinction.