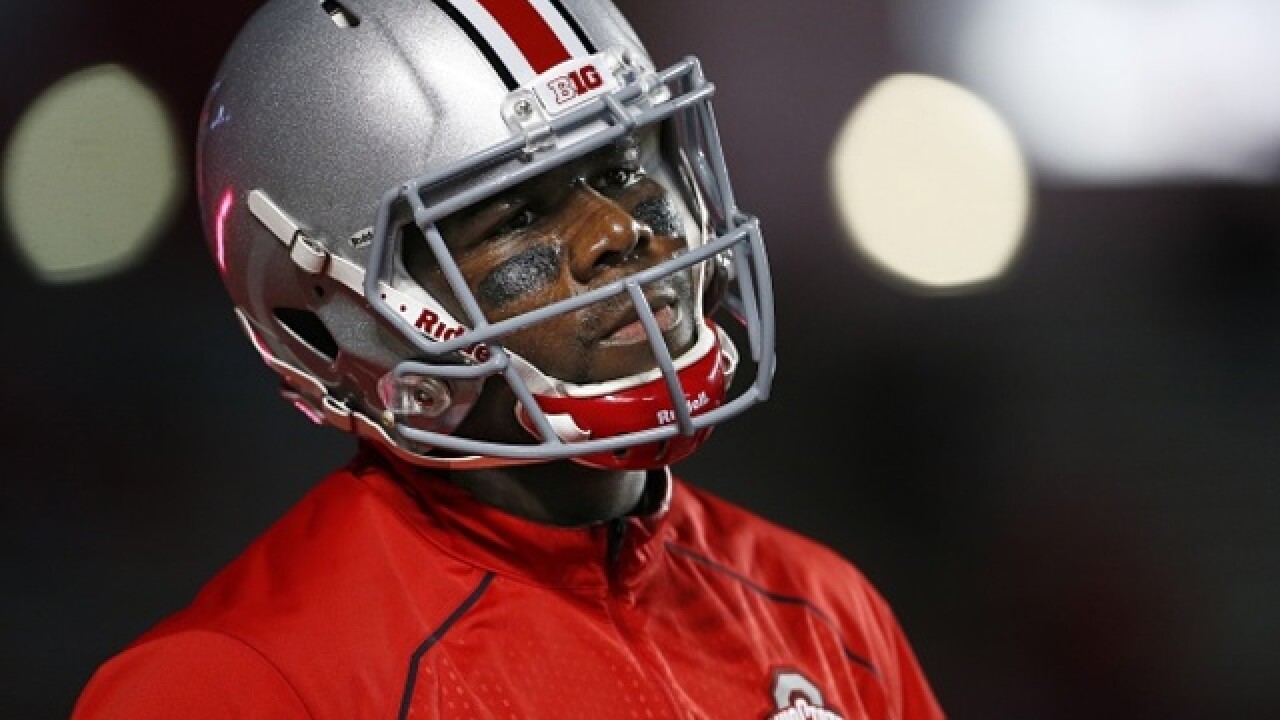 Sometimes, you just know when people are supposed to be in your life -- and that was exactly the case for new Buffalo Bills quarterback Cardale Jones and head coach Rex Ryan.

The Bills selected Cardale Jones in the fourth-round of the 2016 NFL Draft to be their project quarterback for the season. Jones, generally regarded as a big skill-set to work with and a large personality to match it, found his a kindred spirit in his new head coach.

And just as Rex Ryan would do, Jones cracked a joke when asked about the match in personalities.

"He’s like my long lost dad," Jones said, giving a hearty laugh right after it. "I’ve been looking for that guy for 23 years, I think I’ve found him."

Rex, in typical fashion, replied with his own spin on it.

"Well, you guys have seen me throw," the head coach said while jokingly warming up his arm. "I can’t even throw it thirty yards now I don’t think."

All jokes aside, the Bills were quite excited about the prospect of adding Jones to the roster. Most of it is about his talent -- albeit raw -- but there were other factors at work.

"Does he have to come a long way? There’s no question about that," Ryan said. "But, shoot, he’s almost in a perfect situation, so let’s see how he develops. I think with the other two guys, Tyrod and EJ, are here, I think that’s going to be a great mix, and he can just watch these guys and learn. He’s got a great position coach in David Lee, so we’ll see what happens down the road with him."

The Bills head coach was being perfectly honest and up front about Jones' situation for the 2016 season, and was even brutally honest about the quarterback's first day on the job.

Everyone could notice the obvious: big arm, mobile, velocity on his throws. However, while quarterbacks coach David Lee continued to tinker with Jones' footwork throughout the day, his accuracy suffered.

"His head is spinning right now, you know, he’s throwing behind guys… he doesn’t know where he’s going right now with it. He’s got a long way to go," Rex remarked with a laugh.

That brutal honesty is just part of Ryan's charm, according to Jones.

Jones will get two more days of hands on training with Lee and offensive coordinator Greg Roman as part of the team's annual rookie minicamp.